How To Install GCam on POCO F2 Pro [Guide] 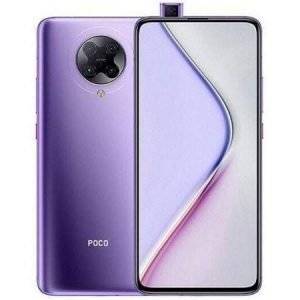 We have recently had the honor and the fortune to try POCO F2 Pro, a smartphone that at an affordable price reflects the true essence of the top of the range currently on the market, but what was perhaps undertone was the photographic sector and relative yield, excellent when compared to the mid-range of the market but out of line as far as the most famous camera phones are concerned.

Fortunately, one of the many mods of the GCam is available to excite us, which in many cases improves the photographic situation of the flagship of the Chinese company. Could we not try it?

Of course not and so here is a guide on how to install it and the results obtained compared with the stock camera of the POCO F2 Pro.

GCam on POCO F2 Pro: here’s how to install it and comparison with the stock camera

The procedure that we list, moreover, fits perfectly with many other smartphones of the Xiaomi / Redmi brand and therefore could be useful in the future, except for the version of the GCam that you are going to install, since there are several developers and dedicated to different models, with different CPUs.

That said, for our POCO F2 Pro we opted for the GCam version of Urnyxos5 which you can download by clicking on the button below, as well as downloading the configs file (further button below) which will serve to optimize the various settings of the GCam Mod We have chosen the specific configs file for Redmi K30, which in fact uses the same photographic sensor as POCO F2 Pro, therefore compatibility is guaranteed. You can download it directly from your smartphone.

Once downloaded the two files that will have the name GCam_7.3.018_Urnyx05-v1.9.apk and k30_phoenix.xml (you should find them inside the Downloads folder of your device) you can click directly on the apk of the GCam just downloaded and proceed to the installation of the same.

You may need to grant permission to install content from alternative sources to the File Manager if you have not previously granted them. After the installation at this point, you can verify that the GCam works without crash but to optimize it to the best you have to follow some steps to apply the previously downloaded configs file.

The time has come to compare the potential of the GCam compared to the performance of the POCO F2 Pro stock camera. In natural lighting conditions, the comparison is a clear advantage of the shots obtained by the GCam, returning more real shades and above all, they are better defined by all the details of the framed subject.

Suffice it to see for example the photo of the flower where the orange is warmer and above all the small spots on the petal are perceptible. Even in the case of lilac flowers, it is possible to note how the GCam has succeeded better in the enterprise, while the stock room seems to have gone into confusion, returning a sort of pastel and confused colors. In the panoramic photo, the results seem to be quite similar,

Analyzing the shots taken in macro mode, the differences between the two camera apps become very thin, even if it is possible to see better management of contrasts and lights when using the GCam.

For example, note on the photo with the white flower, which in the case of shooting with a stock camera results in a more “flattened” image, as well as in the image of the coins it is possible to appreciate a greater depth of colors and reliefs always in favor of the GCam.

In the case of a selfie shot, the problems of the proprietary software come out all, as the skin tone is not realistic, always presenting a “ceramic” effect.

The cropping in the case of portrait mode is appreciable on both software, but the advantage of the GCam lies precisely in the better processing of the whole image framework, as well as the framed subject. In the case of the stock camera, in fact, in the distance, elements are often “burnt” by the high lights as well as a slight photographic noise.

Where instead the stock camera works best is in the case of night selfies, as the virtual flash used on GCam is too high thus returning a “flat” effect to the framed subject.

I have not analyzed the aspect related to the wide-angle, but I can tell you that the results are similar to what has been reported so far with the other sensors.

Net of what we have said, the GCam greatly improves the final yield of the shots in the vast majority of situations but leaves us thinking about the fact that in PRO mode, the stock camera allows you to obtain shots that are nothing short of beautiful, on an equal if not higher than what is offered by GCam in Astro mode.

Certainly, the advice is to install the GCam on your device, because the photos will gain a lot in terms of details while for all the rest what matters is your imagination, only with that you will have photos that will excite even the coldest of hearts.