Xiaomi’s new POCO F2 Pro is official and arrives to give continuity to the model launched in September 2018, which throughout its life has sold more than 1.6 million units worldwide. Instead of surprising with a completely new smartphone, POCO decided to recycle one of Xiaomi’s models and adapt it to the international market.

We had to wait almost two years, but it arrived: Xiaomi’s new POCO F2 Pro is official, and it arrives to give continuity to the model launched in September 2018, which throughout its life has sold over 1.6 million units worldwide.

Instead of surprising with a completely new smartphone, POCO decided to recycle one of Xiaomi’s models and adapt it to the international market.

The new POCO F2 Pro is a reissue of Redmi K30 Pro and therefore, there are not many surprises in this new phone. This does not mean that it is not likely to become the company’s next bestseller in the high-quality content pricing segment. 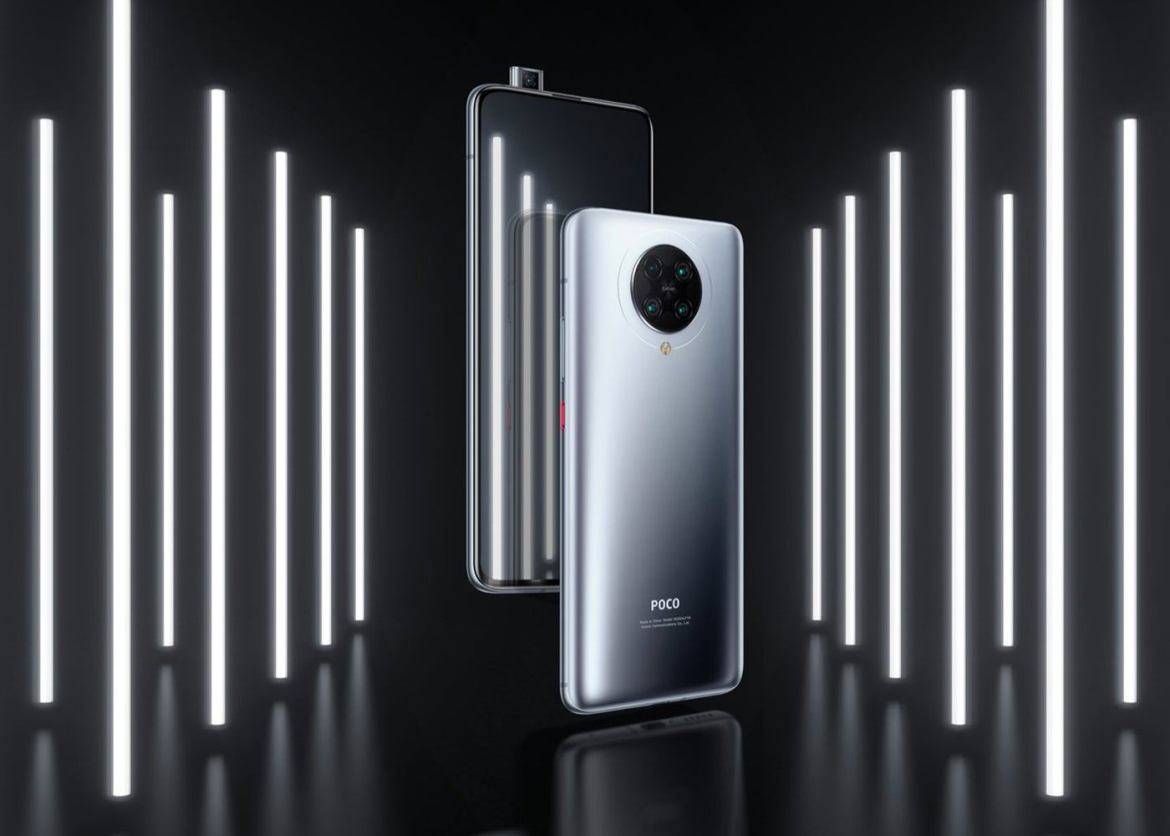 A recycled design with the pop-up camera as the protagonist

The POCO X2 launched a few months ago was just a Redmi K30 by another name. And it is not surprising that the brand decided to follow the same steps when developing the new Pro model.

The POCO F2 Pro inherits the same design as the latest Redmi main terminal, with slightly curved glass and aluminum body at the rear, which houses a photographic system composed of a total of four sensors arranged in a square format, within a module Circular.

The front is occupied by a diagonal AMOLED screen of 6.67 inches, with Full HD + resolution and protected by Gorilla Glass 5. One of the strengths of this panel is the ability to illuminate up to 1,200 nits of maximum brightness. 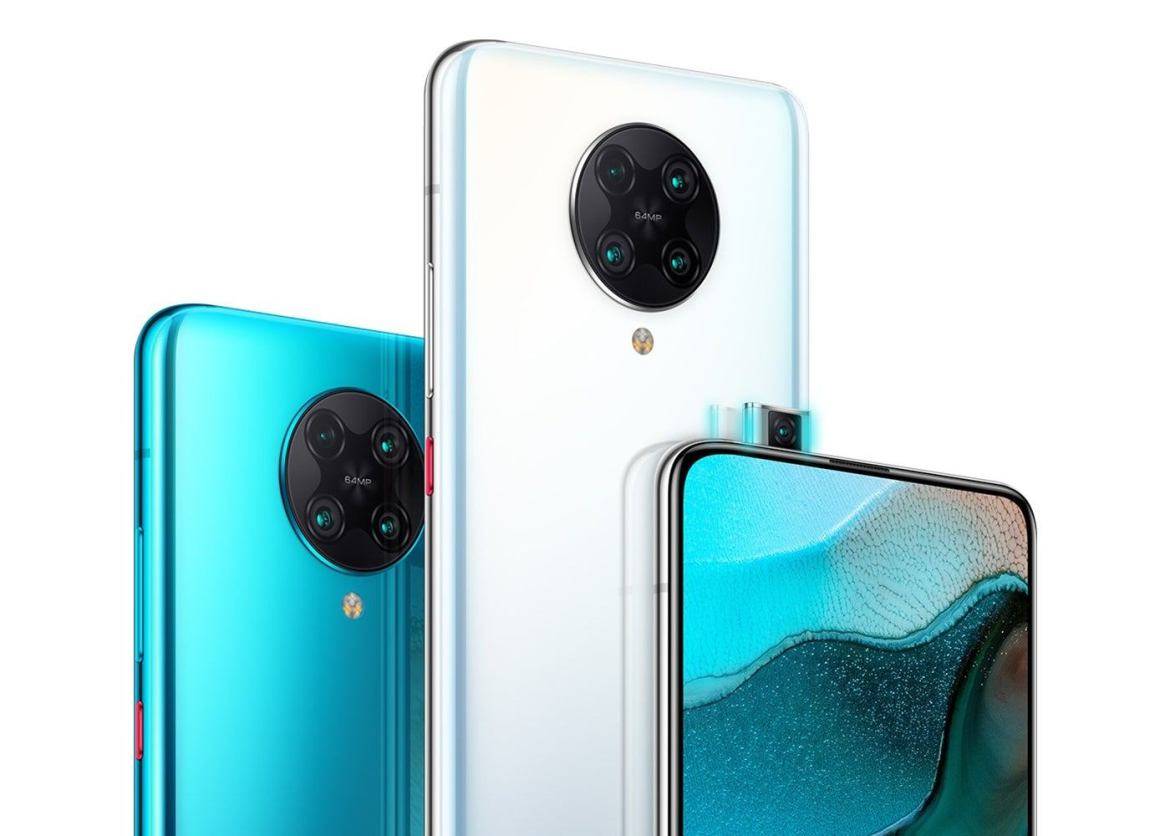 There are almost no frames around the device’s screen, and Xiaomi has managed to avoid notches, holes in the screen, and any other type of cutout, through a motorized system that allows showing and hiding the terminal’s front camera, located on the top of the phone. , similar to what we saw last year with the Xiaomi Mi 9T.

Under the panel, there is an optical fingerprint reader, similar to what Xiaomi has already incorporated in other terminals in its catalog. A detail that, I fear, some will miss, is a higher update rate. Because POCO chose to keep the 60 Hz of the Redmi K30 Pro, instead of leaping 90 or even 120 Hz like some of its rivals.

Regardless of whether the design is recycled or not, the POCO F2 Pro represents an innovation in terms of design and display compared to the POCO F1, especially about the quality of the panel and the construction materials used. Although, indeed, originality is not present.

Since its creation, POCO’s maxim has always been to offer the best experience possible, for the lowest price. And one of the ways to accomplish this feat is to equip your devices with FlagShip technical specifications.

The Qualcomm Snapdragon 865 platform is responsible for bringing the phone to life, which gives the 5G Connectivity device and prepares the user for the networks of the future. Next to the Chipset are up to 8 GB of RAM based on the fast LPDDR5 technology and 256 GB of UFS 3.1 storage. There is also a configuration of 6 GB of RAM LPDDR4x and UFS 3.0 of 128 GB.

All of this is supported by a Battery with a capacity of 4,700 mAh, which supports fast cable charging – USB Type C – up to 30 W in addition to compatibility with the standards Fast charging 4+ and power supply via USB. Wireless charging is not present.

The terminal software is based on MIUI 11 and is, therefore, a modified version of Android 10. However, as was the case with POCO F1, the brand introduces certain changes to the experience such as a game mode with improvements or the Launcher itself – which, by the way, is possible to install on any other Android smartphone-.

Four cameras at the rear with “microscope” included

The photographic system also changes a lot compared to the first-generation model. We have four rear sensors led by a Sony IMX686 sensor with a 64-megapixel resolution with an f / 1.7 aperture equipped with an optical stabilizer, which is accompanied by a 5-megapixel “telemacro” sensor that acts as a macro lens and promises almost microscopic captures.

Beside it, we have a third sensor, 13 megapixels, and capable of capturing scenes with a field of view of up to 123 ° and finally a depth camera.

One of the great news that this model presents about the first generation is the option to record video with 8K resolution, at a rate of 30 frames per second. Also, the 20-megapixel front camera offers the possibility to capture video at 120 FPS.

Xiaomi’s POCO F2 Pro will be available in Europe in May and can be purchased through the official Xiaomi store, as well as through other authorized stores.

This equipment will be available in white, blue, purple, and gray colors and configurations with 6 GB of RAM and 128 GB of storage and 8 GB of RAM with 256 GB of storage.

At this time, the brand has not confirmed the price of the device, but we will update this article as soon as the data is known.

How To Play TeamFight Tactics on Mobile Complete Guide