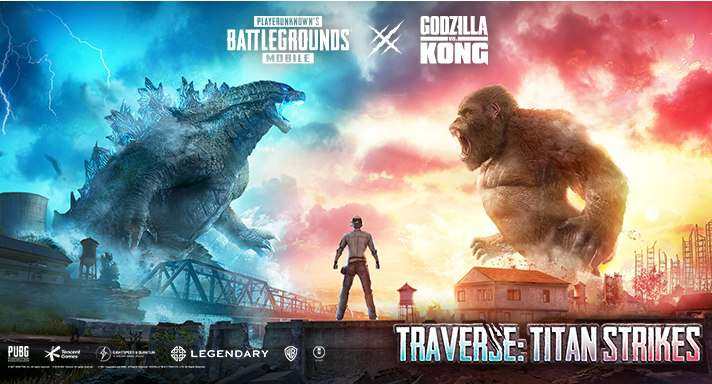 As in each update, we will find several new features at the playable and customization level to unlock and equip it in our inventory. The truth is that it is becoming a more customizable title when it comes to the avatar, and that is demonstrated with the possibility of changing the name from PUBG Mobile. In addition, it is not out of the tradition to include an event that serves as the icing on the cake of the news. And this event is closely related to the world of cinema.

The monster event will launch with patch 1.4, which is scheduled for Tuesday and will last until June 8. Starting May 25, you will be able to play the finale of the event, Titan Last Stand, by boarding a helicopter in the lobby. After that, the Microcosm event will allow players to become a small “insectoid” and travel the map through wormholes, invincible to normal weapons.

Other upcoming changes include a new over-the-shoulder view, a new map for Arena mode, a new Coup RB vehicle, and various bug and balance fixes. Specifically, the OTS (Over the Shoulder) button is fully customizable, and this mode provides greater precision at the cost of movement. You can log in between May 11-16 to get 2,888 Battle Points, 100 Gold Aces, and a special “Banana Bonanza” item.

Being the greatest icon of the Monsterverse within a shooter, it seems that his appearance will be just what you expect, as stated by Adam Wingard, director of the film: A new game option will open in which players will have the possibility to face both monsters. This can be corroborated in the previously shown trailer and in the tweet of the game’s official account that, in addition to revealing the availability of the new version, also shows how to obtain it immediately.

Wait no more for Godzilla🦖and Kong🦍! Ver. 1.4 is available for everyone now on iOS via the App Store!
For Android, download the APK here!
🔗https://t.co/1vFduD4g70 pic.twitter.com/m1OeCJFGPu

Therefore, practically before the release of PUBG Mobile patch 1.4, the APK has landed on Android officially (although it is not yet available on Google Play). This makes it downloadable in any area and country, regardless of whether the update has arrived or not.

To obtain it, just click on the link, which will take us directly to the APK download. We install it in the terminal as we normally do, and ready to play. Yes, this process has a warning, and that is that the download will only work if PUBG has been installed on the device at least once in the past, although it does not have to be installed at this time.