Which is the best FPS ? Call of Duty Mobile vs PUBG Mobile vs Fortnite 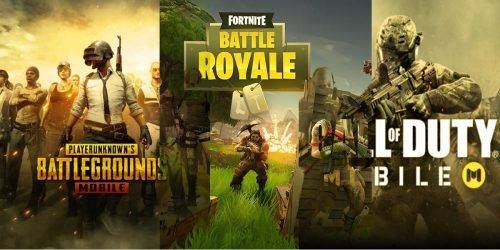 If we talk about FPS for mobile, there are 3 games that are on the podium and they are Fortnite, COD Mobile, and PUBG Mobile. But … what is the best FPS? In this article, we would like to destroy both games to show you their characteristics and strengths or weaknesses through a comparison. In this way, you can choose the one you like the most.

We will structure the article in six crucial sections for any shooter: maps, graphics, mobility, community, weapons/abilities, and price. Each game has its strengths and weaknesses. So it is you who decides which of these shooters best suits what you are looking for.

We will start analyzing the games separately, although before you will find a comparative table with the summary.

Differences between Call of Duty Mobile vs PUBG Mobile vs Fortnite

As you can see, COD Mobile and PUBG Mobile are very similar, partly because they share a developer. However, Fortnite is a little different, but don’t leave before reviewing each game separately and seeing the conclusions at the end.

Everything you need to know about Call of Duty Mobile 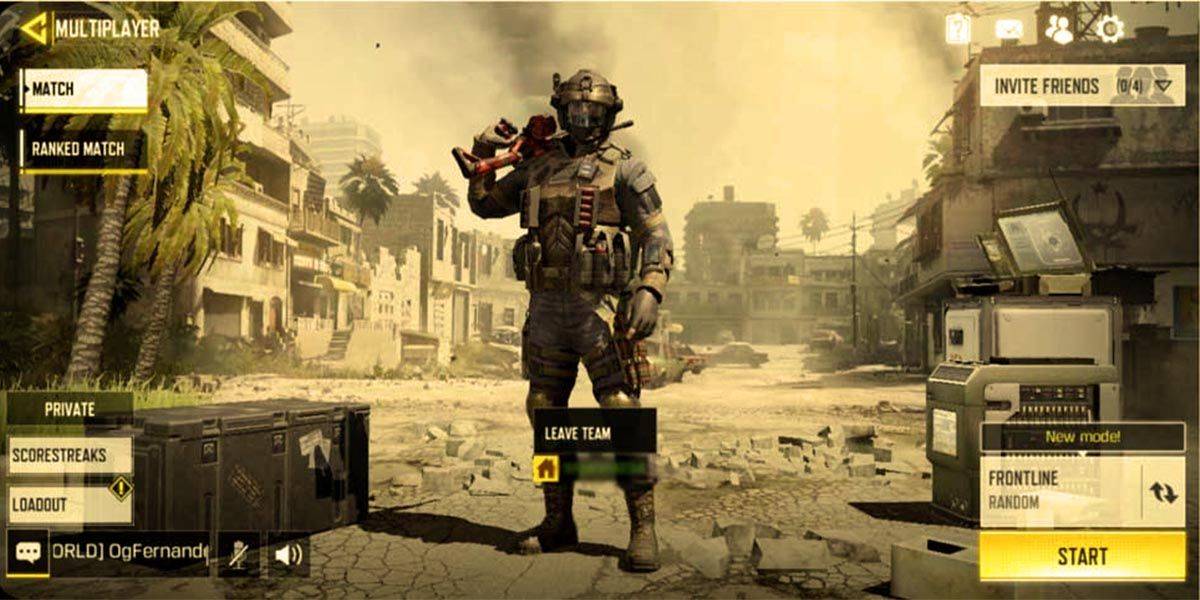 This giant saga is now available for Android and iOS. In Call of Duty Mobile, you will find classic game modes such as Mastery, Search and Destroy, Team Duel and Front Line. However, the key is in the new Battle Royale mode, something new for this franchise, which seeks to adapt to popular versions of this type of mobile game.

In this section, the game is very strong. You’ll find classic Black Ops and Modern Warfare maps, featuring many scenarios adored by fans. You will also have access to a new map for battle royale mode with land vehicles, air (even helicopters), and even the possibility of diving. The maps are very well recreated and are a strong point of this game.

The graphics of this mobile game are impressive 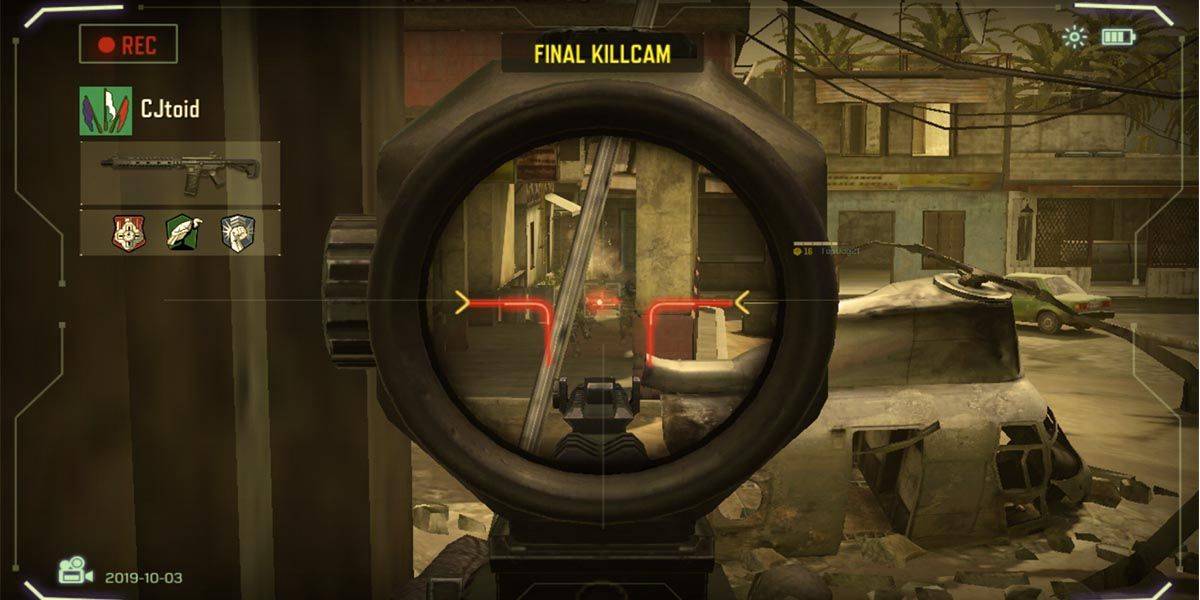 The graphics are worse than on consoles, but they do not fail to impress. The reduction in the quality of the graphics means that more mobile models can run the game, but it is still not bad at all. In fact, it is one of the games with the best graphics for mobile phones. And if you use this MOD you can play COD Mobile in low-end games without major problems. It is a point in favor that, with really good graphics, they have managed to create a game that works on mobiles that are not too powerful.

Controls are good, but not as nimble in Battle Royale

The mobility of the game is very good, perfectly adapted to mobile. With enough practice, you can adopt without a problem. You can even choose a remote for COD Mobile.

As for the controls you have the possibility to configure them. You can adjust the joystick to use it fixed, use 3D touch and reconfigure the entire screen to adjust your vision. If you have doubts about the controls and your skills, don’t worry, you have the option to play in practice mode before venturing into online mode.

The community of players is very large, especially in competitive

There is great interest in playing Call of Duty Mobile, so you will have no problem finding opponents willing to compete against you. This community grows exponentially, which can cause you to meet very experienced opponents. So the difficulty level is high, which will represent a great challenge and addiction to the game.

This game offers many customization possibilities: characters, weapons, equipment, and devices that you can configure for your games. The graphics will help you enjoy the tools more as they look very real, and in face-to-face combat, you will feel very real.

Micropayments somewhat high in a mobile game, but free

The game offers a fairly expensive Season Pass, but skillfully you can get free coin boxes from COD Mobile and save some of the cost.

The Premium Pass gives you coins, logos, a frame for your avatar, and rewards or chests throughout the season. The good thing is that you can also play it without spending a single hard.

Everything you need to know about PUBG Mobile 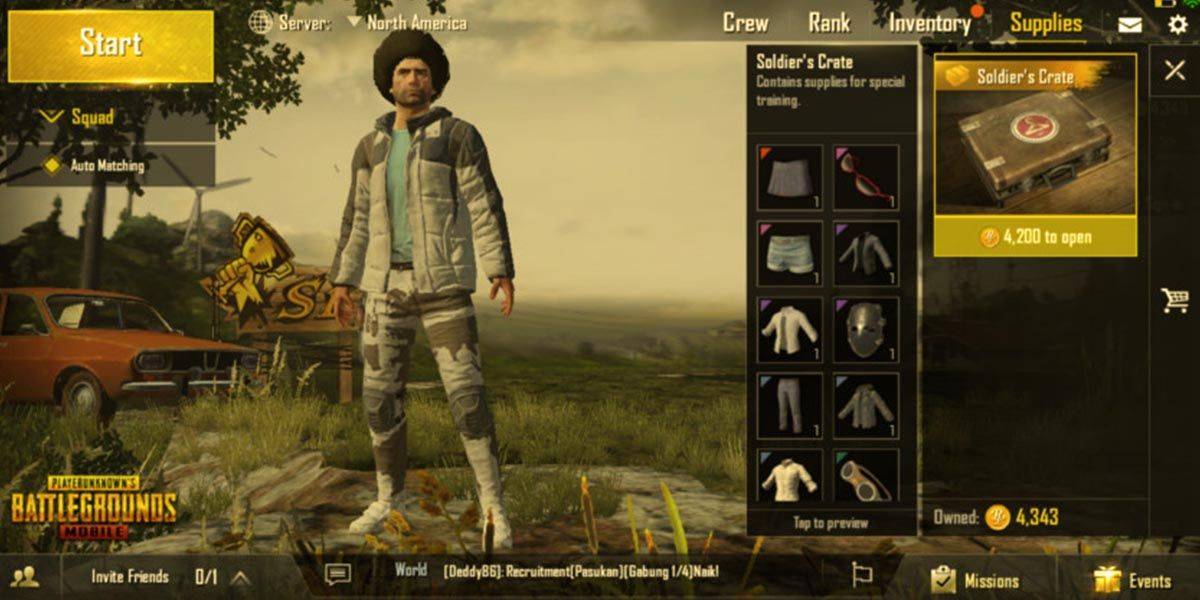 The fashionable battle royale for computers came to mobile phones. Tencent and Lightspeed were in charge of helping this game to be adapted for mobile, achieving a version very faithful to the original. This game presents you with a less futuristic reality, not as far from reality as Call of Duty Mobile.

Huge maps compared to other games

In the case of PUBG Mobile, you will find huge maps that can become boring in the long run. But they were overwhelmingly correct when including climate changes that constantly change the scenarios. It is a game with much more strategy than the others, as it becomes more real and with less interaction throughout the game than the other games. But all the action will depend a lot on the way you play.

Graphics with various modes to customize the gaming experience

PUBG Mobile has graphics that look for realism but with the low resolution, you can see the lack of details. Still, the graphics are very good and similar to those of COD Mobile (since they were made by the same study).

The good news is that, like in COD Mobile, you can choose between four graphic level modes: Low, Medium, HD, and Ultra HD. Depending on the power of your device you can play with better or worse graphics.

You can also choose the speed in the frames per second: Low, Medium, or High. This aspect affects the performance, warm-up, and battery life of your mobile device.

PUBG Mobile is very simple and practical to use, excellently adapted for mobile. You find very fluid mobility, with camera changes, movements to bend, jump, and lie down, all very quickly. Vehicles are easy to drive, but only land vehicles are available. In one-on-one combat, it is easy to aim but it reminds us of the controls of COD Mobile, although a little is less agile since it is a bit slower game.

As for the controls, you have the possibility of using a button that follows the keystrokes on the screen to move around or use the fixed joystick. You can unify the fire button and camera movement, or use them separately.

It has many players, but also many hackers

Although PUBG Mobile also has a large community of gamers, this is overshadowed by the constant problems with hackers. It can give you some headaches to deal with some toxic opponents who will not hesitate to take advantage of foul play.

Reduced but sufficient weapons and abilities

You will find a good catalog of weapons and accessories, but like all battle royale will make your search for everything on the map and you will not start with anything. In that sense, when you can’t find the weapons you like or good accessories, you can get a little desperate, but as you play you will know where to fall to loot well.

PUBG Mobile is completely free, but it has a battle pass

This is a free game, you don’t have to spend anything to have the best experience. You can gain perks by using your Facebook account and unlocking achievements as you progress through the game. Like the previous game, you also have a fairly “expensive” battle pass for our liking that will help you earn extra skins and more.

Everything you need to know about Fortnite

In the case of Fortnite, we must mention that it is very different from the previous options, with basic characteristics in common, but taken to another level. Here the gaming experience demands more than just shooting skills. And as for the visual and aesthetic universe, it surpasses the previous ones even though the graphics are not realistic. The problem, as you can imagine, is that there are far fewer compatible mobiles.

Actually the Fortnite maps are quite extensive, but the way of moving around the game is much faster which ends in much more action than another battle royales like COD or PUBG. The action of the battle is constant as the hiding places are reduced.

The most interesting thing about the game is that you have the possibility to alter the maps by building and destroying platforms. You can acquire materials and use them to build walls, houses, bridges, etc. Sort of like a mini-Minecraft inside a battle royale.

And if it were not enough you should also consider that there is a storm whose center is the stage in which you play. This eye of the storm shrinks as time progresses, causing you and your opponents to get closer and closer (just like in PUBG or COD).

It has fun and futuristic graphics

With more caricatured graphics you will not look for flaws in the textures. You can immediately understand that you are in a game where the action is what counts. Also, the aesthetics of the cartoon graphics creates a very nice visual universe and helps with optimizing the game, making it less heavy and much more agile. Despite this, on mobile, it needs more power than its opponents in this comparison. 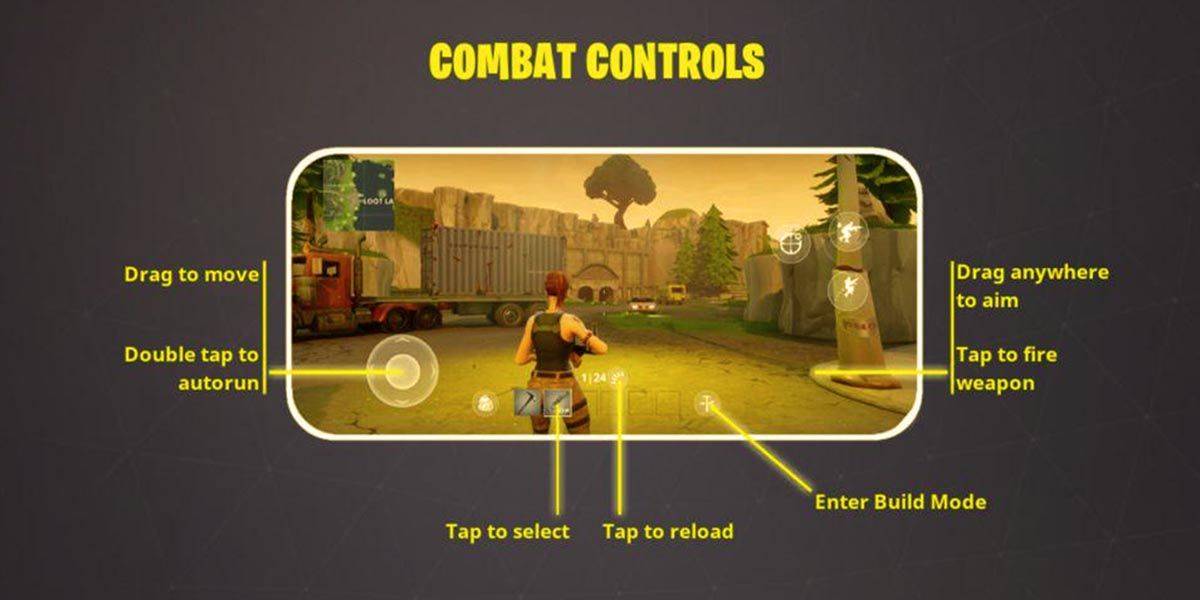 Mobility is also affected, for good, by the reduced play area and the ability to build and destroy things. Although the lack of vehicles reduces possibilities, walking on foot makes the action of the combat more direct. The controls are basic and simple, you have a fixed joystick and buttons to jump, duck, and aim. The problem here, especially on mobile, is that building is quite complex at first, especially if you have never played Fortnite before. It is extra knowledge that other FPS does not have and that you must acquire in order to win.

It has a large community, with few hackers

The community of players for this game is huge, but perhaps not as big as that of COD or PUBG. This can be an advantage if you are looking to have a good time away from toxic players. You’ll find much kinder opponents and stray from the cruel and ruthless adversaries you can find on Call of Duty Mobile or PUBG Mobile. In fact, killing for the first time in Fortnite is much easier than killing it in PUBG, which has a much higher learning curve.

Weapons and abilities complemented by the construction

Although the catalog of weapons is small, this takes second place, since to win you must not only master the weapons, but also the construction and destruction systems. One-on-one combat is constant because of the small space and very entertaining.

Like the others, it is a free game with payment options. It does not give you an advantage to paying, it only allows you to customize your characters just like in PUBG Mobile.

What is the best of the 3 games?

It depends, here really what matters is what you are looking for. You should look at:

If you have any questions, you can always take advantage of the comments and we will solve it for you. We hope that the next major mobile battle royale comes into play soon, one we’ve been waiting for months. We are talking about Apex Legends for Android.

How to fix it Pokémon UNITE does not work