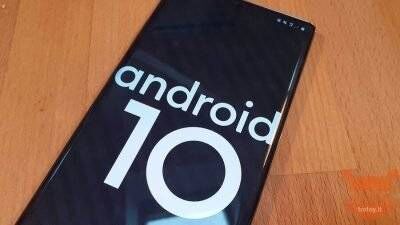 In total confusion over the imminent presentation of Xiaomi Mi 10, we missed the latest of the brand’s “quasi-top” smartphones on the street. Let’s talk about Xiaomi Mi Note 10, the first company device to mount a 108-megapixel main photographic sensor:

Among the criticisms and hatred that users make, in general, we agree that this is a good device but still missing something. Android 10 still missing on Xiaomi Mi Note 10 and many are clamoring for it. There is news though, given that the tenth release of the operating system is starting to come out in the beta branch.

In the official blog dedicated to this site device XDA Developers, a Croatian user has warned all users that his device is mounting one BETA (therefore not GLOBAL, attention) has received the update to Android 10 with the security patches updated in January 2020.

To be precise, the mounted ROM is that Chinese. The user notes that the update to Android 10 on Xiaomi Mi Note 10 takes place on MIUI 11 basis as expected. Among the thread’s comments on the XDA site, one user asked if there were any improvements regarding the photographic sector device: the answer was, unfortunately, negative.

We know that some users are not very happy with the performance in the photographic field of Note 10, despite having a respectable hardware sector.

In any case for the moment there is no file for download and installation and, even if there was, we would advise against installing it given the little stability of BETA. The important news, however, is that in a more or less short period, the update to Android 10 will come for us too. So don’t despair and always keep your thumbs on the display.

LG Phones that will receive Android 10