In order to run ChromeOS Flex on older hardware, you must first download and install ChromeOS. Older than five to ten years old PCs and laptops. In February of this year, Google introduced ChromeOS Flex. There are numerous methods for you to participate in the development of the operating system.

The ChromeOS Flex developer build no longer has any faults or bugs. They are, after all, meant for testing and are expected to have minor to large flaws in them. But now that the stable version has been released, you no longer need to stay on the developer build. So, if you’d like to move to ChromeOS Flex’s stable builds, this is the process for you to follow.

How to  Move the ChromeOS Flex channel to the stable one

You’ll need to make a full backup of your data before making the transfer to ChromeOS Flex’s stable version. Images, audio and video files, and documents are all examples of this data. It will also uninstall any apps that you have installed on the device. In a nutshell, when you switch ChromeOS Flex to stable, the device will be reset to factory settings.

1 . Make a WiFi or Ethernet connection to the internet on your ChromeOS Flex device.

2. The app drawer symbol is located to the left of the shelf; tap or click it.

3. Select Settings while the app drawer is open and scroll down. 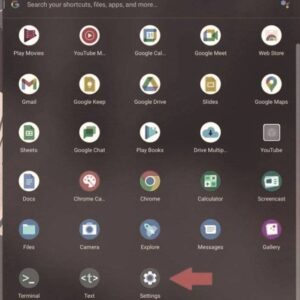 4. When you’re in the Settings app, click About ChromeOS on the left-hand side of the page.

5. You’ll see the software update screen on your right, with a few options below it.

6. Change the channel by clicking on Additional Details.

7. Stable, Beta, and Developer are now available options. Stable is the best choice. 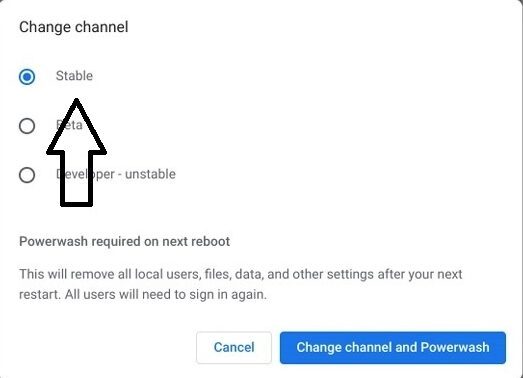 8. Change Channel and Powerwash are located at the bottom of the screen. To access it, simply click on the button.

Here’s how to transition from ChromeOS Flex dev to stable. The process is simple, but if you have a lot of files on the device, it may take a few extra minutes to backup them to a cloud storage service or external drive. This article should help you transition ChromeOS flex to stable.

7 Ways to Use Hisense TV Without a Remote

How to Activate GeForce NOW 120FPS on Android Devices