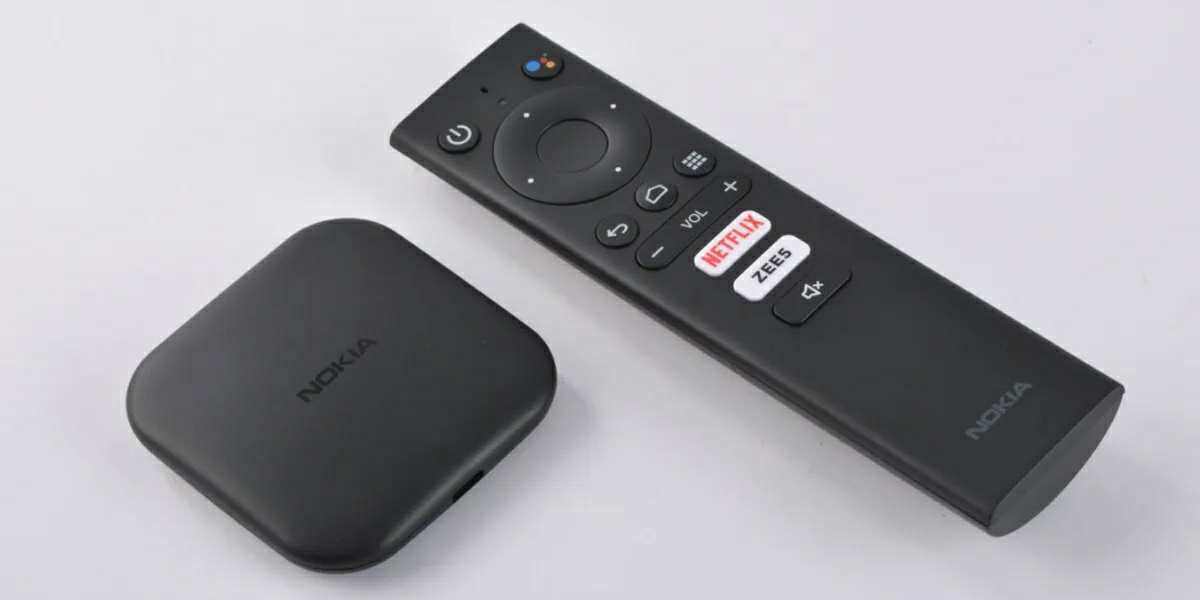 The TV Box, these little gadgets that allow you to turn any television into a Smart TV, are very fashionable. All manufacturers want to make them: Amazon has its Fire TVs, Apple has its Apple TVs, NVIDIA offers the Shield TV and Xiaomi has the Mi Boxes.

Now another great manufacturer has just joined this list. Nokia, a legendary brand in the mobile sector, has launched an Android TV Box called Nokia Media Streamer in India.

As we anticipated before, this new Nokia TV Box comes to compete in a fairly saturated market. Therefore, it comes with very good features, such as Android TV 9.0, Chromecast built-in and Full HD + output resolution at 60 FPS, and an affordable price that makes it the perfect rival to the Xiaomi Mi Box. We are going to discover the features of this Nokia Media Streamer below to see what it is made of.

All the specifications of the Nokia Media Streamer

Before talking about all its features, here below we leave you the complete technical sheet of the Nokia Media Streamer so that you can get to know it.

The Nokia TV Box has almost everything: Android 9.0, Chromecast integrated, and more … 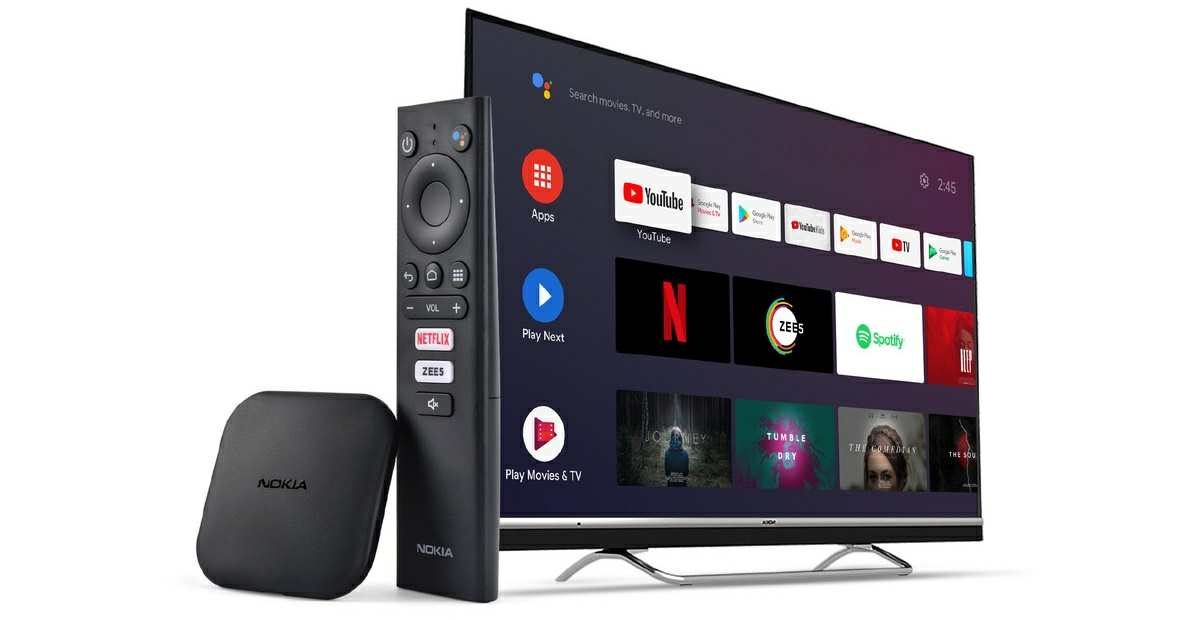 The Nokia Media Streamer has a minimalist design quite similar to that of the Mi Box S Xiaomi. It’s small, compact, and only weighs 39 grams. It connects to any television using the included HDMI cable, although you also have to connect it to a power source for it to work.

Once installed, the Nokia Media Streamer runs Android TV 9.0 on your TV and is capable of playing content at a maximum resolution of 1920 x 1080 pixels (Full HD) at 60 FPS.

The following apps are pre-installed: Netflix, ZEE5, YouTube, Google Music, and Google Play Movies. Luckily, it also brings Google Play Store so you can install all the apps you want.

Of course, it only has 8 GB of internal storage for it. In terms of power, it uses a quad-core processor accompanied by 1 GB of RAM and a Mali 450 GPU, which is more than enough to play streaming content without problems.

Likewise, this Nokia Media Streamer connects to the Internet in your home and to your mobile via WiFi, either through the 2.4 GHz or 5 GHz band. As if that were not enough, it has an integrated Chromecast so that you can send content from your mobile to the TV easily. With regard to audio, it offers Dolby Audio even on TVs that do not have this technology.

Last but not least, we must talk about the command that includes the Nokia Media Streamer. This remote works wirelessly and allows you to control the TV Box remotely with some great buttons. They have buttons dedicated to Netflix and ZEE5 to open these apps immediately. It also has a button to invoke the Google Assistant, which allows you to control the TV with voice commands. 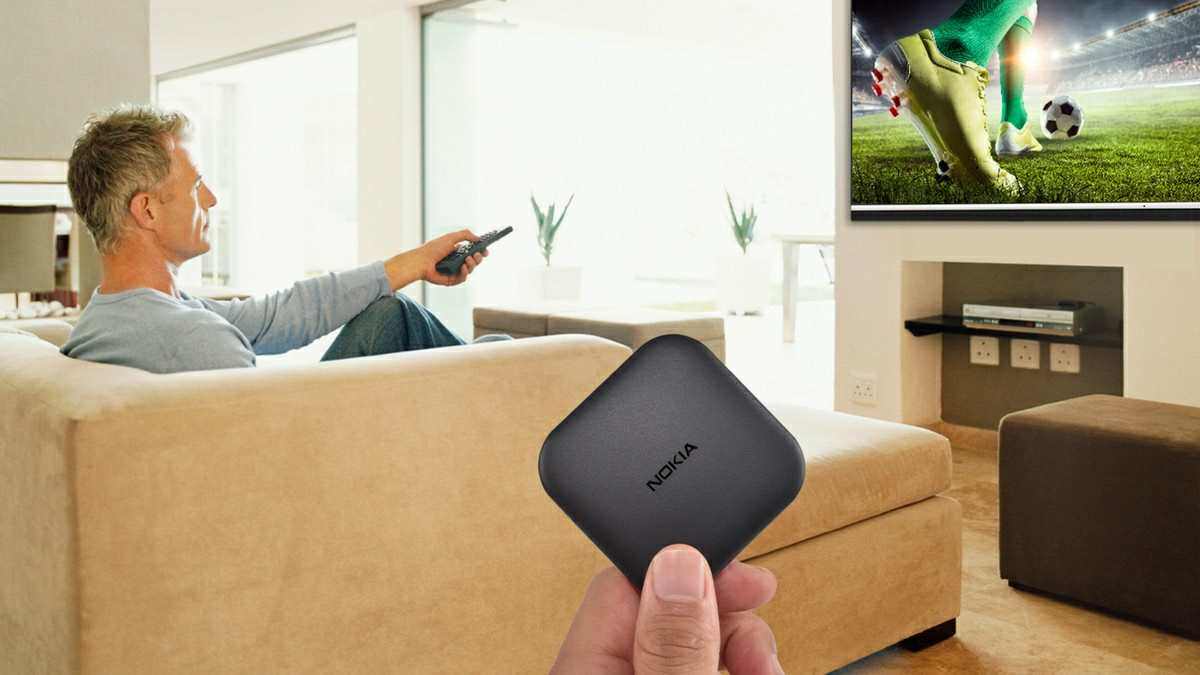 For now, the Nokia Media Streamer is only available in India through the Flipkart store for a price of 3499 rupees or about 39 euros to change.

If in doubt, it is quite competitively priced and very attractive features, so we hope Nokia will launch it on this side of the world soon. We will notify you when that happens. 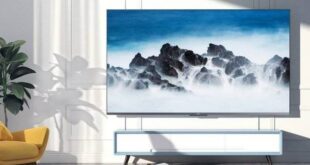 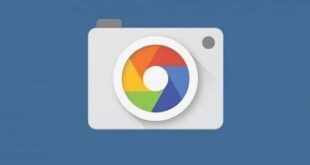