Guide To install The Android 11 Beta on Google Pixel 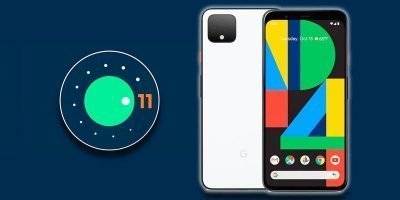 In case you did not know, Google recently announced the launch of the Android 11 preview. We will explain how to install the Android 11 beta on your Google Pixel.

Currently, the beta version of Android 11 is only compatible with Google Pixel devices. So if you have a phone other than Pixel, you won’t be able to test the beta right now (with some exceptions).

Devices compatible with the beta of Android 11

For now, these are the only devices compatible with the beta version of Android 11 :

Also soon will be the Mi 10 and Mi 10 Pro, the Poco F2 Pro, the Oppo Find X2 and X2 Pro, the OnePlus 8 and 8 Pro, and perhaps some more. If you have a different mobile model, you only have to search Google to see if it is compatible.

How to install the Android 11 beta on a Pixel

If you have some of the devices compatible with this Android beta, then you only have to do the following:

In the event that you do not want to participate in the beta version, you can return to the Android website where you joined the beta program and unsubscribe. By doing this, you will have to install a new software update that will reset your mobile from the factory to return it to the previous version of Android 10.

If you want to install the beta manually remember that you can use Android Flash Tool.

Do you want to install the Android 11 beta equally? So make sure you make a backup on your device so that you have everything well backed up. In this way, you will avoid losing what is on your mobile if at any time you want to downgrade from Android 11 to Android 10. And another thing, they are reporting that this beta does not work with Google Pay so be careful.

How To Watch Quibi on a Chromecast [Guide]