We have already seen in the past some concepts and patents of Xiaomi quite innovative and quirky and it seems the company doesn’t want to stop at all. According to a recent patent filed in 2020 and recently published by WIPO, the Chinese company is developing a new design of a device with a rotating in-display camera.

The Xiaomi design features a configuration of three lenses on the back, very similar to the layout of the iPhone 12, located in the upper right corner of the phone. One of these rear cameras can “rotate” using un motor or magnets to face the front.

Documents included in the patent suggest that part of the display it would allow light to pass through the surface to make it reach the camera lens. It is however unclear how large this section of the screen would be, although ZTE has already demonstrated with the Axon 20, which is a detail that is difficult to notice. if well done. 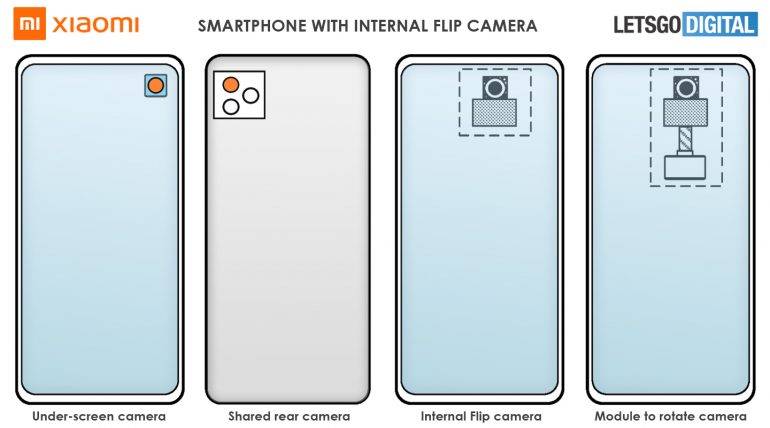 Regardless, the design would allow Xiaomi to offer a smartphone with a display almost full-body, featuring a high screen-to-body ratio, without the need to install a dedicated in-display camera, thus using the main camera directly.

There is however no indication about the type of goal of the in-display rotating camera. The company also has confirmed last year the willingness to release i first smartphones with in-display cameras already this year.

Although the patent was already filed last year and published in April, it is not known whether Xiaomi intends to use it in a possible new model or if he will decide before developing it, perhaps making it even easier.

We just have to wait to hope that this interesting solution can be seen closely in the near future.