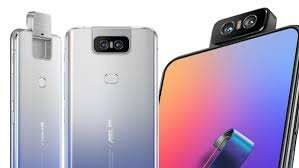 Asus Announces Distribution for Smartphone Asus Zenfone 6 the final stable version of the Android 10 firmware. The update number 17.1810.1910.63 is about 800 MB in size and will bring smartphones all the innovations of the Android 10 operating system, including support for full-screen gestures, a new notification system and a dark mode for the entire system.

It also became known that in the near future, the upgrade to Android 10 will receive the Asus ROG Phone II model, presented this year, and Asus Zenfone 5Z for which last month the open beta testing of Android 10 began.

While the upgrade to Android 10 for Asus Zenfone 6 is being distributed only in the USA and India, however, it will become available in other regions in the near future.