Recently, smartphones with huge batteries are gaining special popularity, as people are ready to put up with increased thickness in exchange for a long time working on a single charge.

So Doogee N100 is a vivid representative of the type of centenarians. He came to us in a small black box with one large inscription – N100.

There is nothing unusual in the box except the largest smartphone:

Of particular note is the design of this handsome man, for a long time almost all smartphones have received a faceless design and materials. And here, though everything is quite simple, but very original and practical.

The back cover is made of black plastic with a texture under the skin and two seams along the entire length, it looks great and tactile is also very nice. And at the top there is a metal plate with cameras and a fingerprint scanner, it looks very cool!

Black metal side frames feel as if you are already holding the phone in a case, due to the considerable thickness of the device.

The Doogee N100 has a 5.9 ″ LTPS screen manufactured by LG, of normal shape without any cutouts. Display resolution FullHD or 2160 × 1080 with an aspect ratio of 19: 9. The brightness is adjustable over a wide range, so it will be comfortable to look at the screen in any conditions. The picture itself is quite juicy and contrasting.

The sensor works perfectly, quickly and accurately reacts even to the lightest touches, it is very nice to print text. A multi-touch supports up to 10 simultaneous touches.

The sound in the Doogee N100 is very loud and of decent quality, you can listen to it yourself in our video review.

A little upset by the lack of a 3.5mm jack for headphones, but at least put the adapter in the kit. And the sound transmitted through it is quite good.

The rear camera is represented by a dual module. The main 21MP sensor is the time-tested Sony IMX230 with 6 lenses and an F / 2.0 aperture. The camera, although not the newest, but the photos received are really pleasing with their detail and color reproduction.

The camera interface is pretty standard and straightforward, it works smoothly and autofocus does not focus.

The final quality of the pictures was very pleased, and the detailing in good lighting is at a very high level, thanks to 21 MP.

The self-camera also did not disappoint, a 16 MP module with the same F / 2.0 aperture and Face Unlock support was installed. Its quality is comparable to the main cameras in budget smartphones.

Let’s move on to the iron component of the Doogee N100. The eight-core Mediatek Helio P23 is working as a processor. One of the brightest representatives of the budget line, made by 16 nm process technology. Also on board there are 4 GB of RAM and 64 GB of internal storage.

Quite a decent set, especially for the money, because the device costs only about 140 dollars.

The interface is based on a clean Android 9 Pie system. but its proprietary launcher is installed on top (and although it looks like the smartphone itself, it’s like … for an amateur) and it works smoothly and quite hastily, without really thinking. What can I say, now there is no longer such a reason to overpay for performance that is excessive for the phone, except for special cases or opportunities.

And do not pay attention to not the most outstanding indicators in synthetic tests, they do not strongly reflect the real situation.

Meanwhile, the Doogee N100 copes with most games, rarely giving out small brakes in the most demanding games.

The smartphone also supports all the necessary interfaces, including Wi-Fi, Bluetooth 4.2, NFC and GPS. We have never had any complaints about them, although the lack of support for 5 GHz Wi-Fi is unclear, but the presence of NFC in the device from the Middle Kingdom pleased.

You can also see digital indicators after tests of these interfaces.

Well, the cherry on the cake will be a review of the autonomy of the Doogee N100, given the gigantic battery capacity of 10,000 mAh.

The manufacturer promises up to 40 hours of online video and up to 18 hours of play, well, let’s check …

In principle, at a minimum brightness and up to 40 hours, the video will be able to show, as the manufacturer promised.

In standby mode, he will be able to live for weeks, very impressive performance.

But how to charge such a large battery? For this, there is support for fast charging 12V / 2A and a complete memory capable of providing it.

Let’s draw a line under all our tests and understand if Doogee managed to create a high-quality and popular product? I think so, although not everyone wants to carry such a large and heavy smartphone in their pocket.

Although, there will certainly be those to whom it will not be important at all, but autonomy will come first. And in all other parameters of the Doogee N100 I liked it very much, I hope you will like it.

You can buy Doogee N100 at official store.

And what do you prefer, a powerful battery or other characteristics? 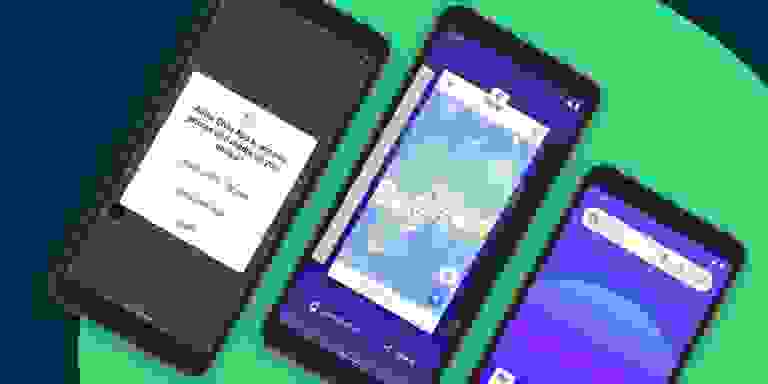