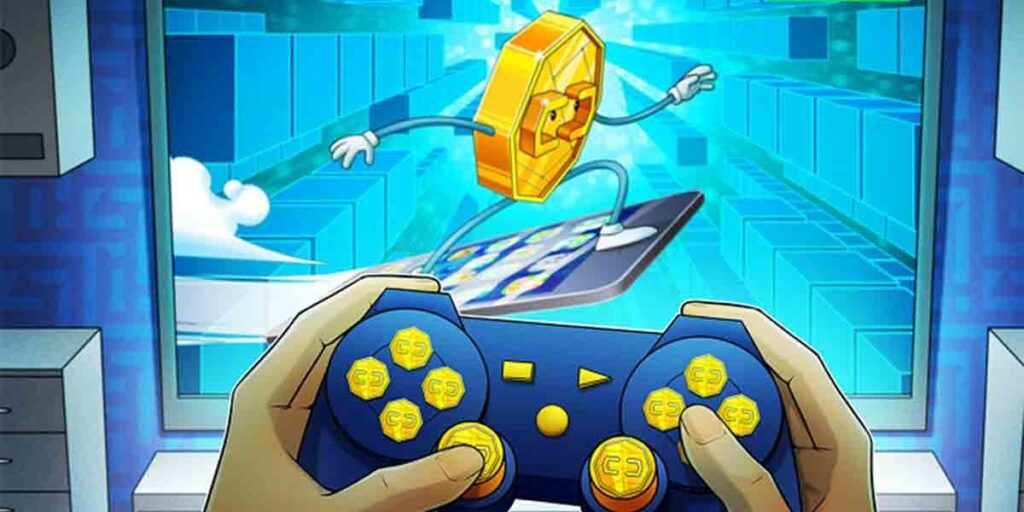 Currently, there are multiple NFT games, some NFT games are free, other games allow you to earn Bitcoin and with others, you earn cryptocurrencies while you mine. Either way, today we want to show you which are the best NFT games with which you can make money in 2022.

Likewise, you must know how Play to Earn games or NFT games work so that you understand how you can make money with them this 2022 . 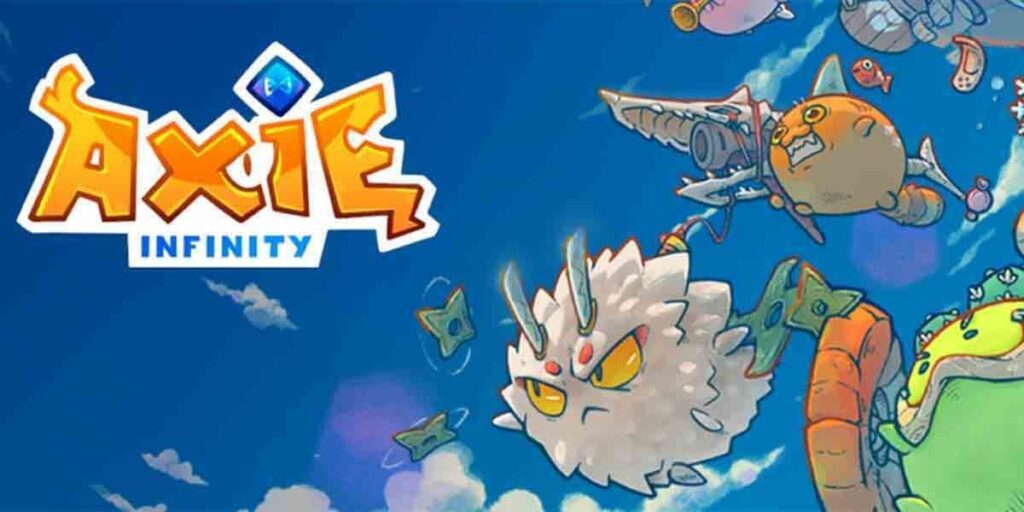 Axie Infinity is without a doubt the most popular NFT game of all. In this game, you must use 3 Axis to fight against other players. In Axie Infinity there are different types of Axies with particular characteristics and abilities. Keep in mind that Axies are NFTs and that the movements of your Axies will be conditioned by the cards you use.

So rare: the ideal NFT game for you if you like soccer 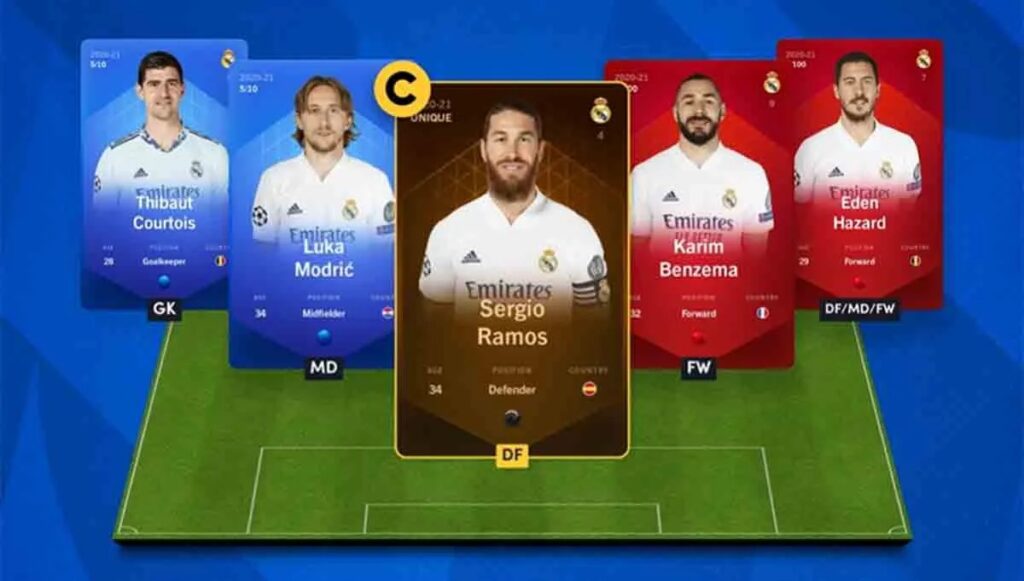 In So rare you can buy, sell and manage a soccer team. The NFTs in this game are cards that represent real-life soccer players. Also with the NFT cards, you can form your team. Keep in mind that in Sorare the teams are of 5 soccer players.

CryptoMines – one of the most popular NFT games in recent months 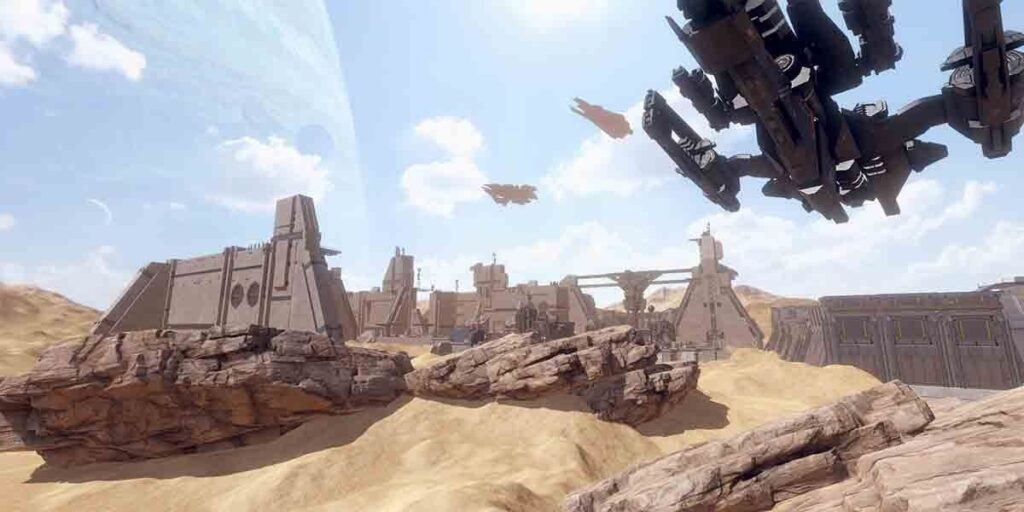 CryptoMines is an NFT game in which you must travel through the universe to mine ETERNAL on different planets. Take into account that ETERNAL is the cryptocurrency of the game and that although it has recently dropped, its price is currently $ 65 at the moment. To give you an idea, not many NFT games can say that their cryptocurrency costs more than 10 dollars and ETERNAL has reached over 100 dollars.

The development of this game is quite interesting because you must hire your crew to mine ETERNAL. Also, depending on your level, you may or may not visit certain planets. If you are interested in this NFT game you can learn more about CryptoMines here. 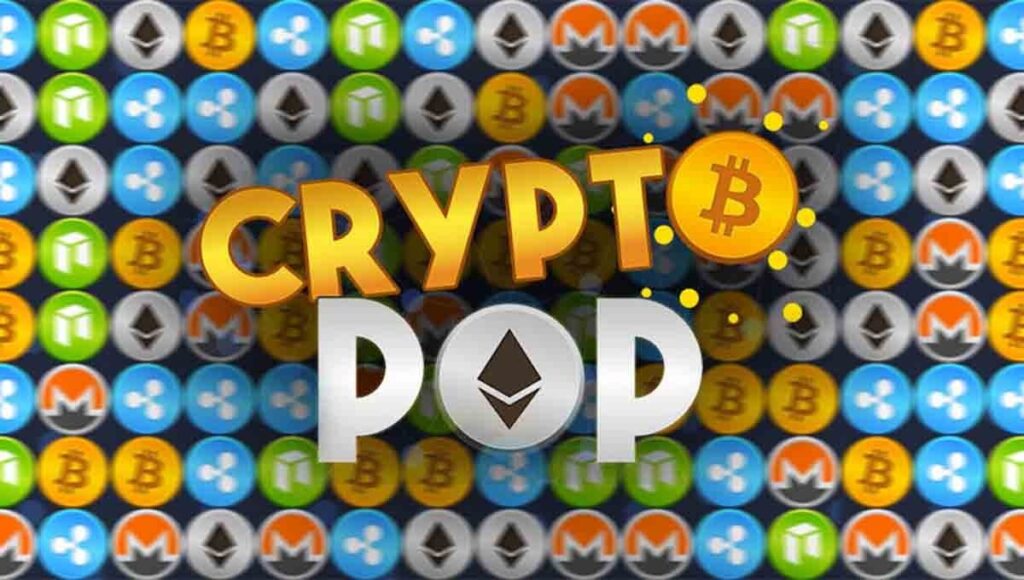 Cryptopop is one of the alternatives to Candy Crush, but with which you can earn money. In this game you have to match the same symbols to obtain points, it sounds quite simple but as you level up in Cryptopop they become more complicated.

Likewise, you should know that in this game you can earn ETH (Ethereum and Popcorn). However, the amount of crypto you earn on Cryptopop will depend on the amount of advertising you see.

In CryptoBlades both the characters and the swords are NFT. In addition, the operation of this NFT game is very simple. You only have to win battles to get cryptocurrencies and some NFT objects from your opponent. Keep in mind that the NFTs you get in battles can be sold on the game’s marketplace to earn money.

Likewise, you should know that CryptoBlade’s stories are not the most interesting. However, it is quite a stable NFT game compared to others. Here you can learn more about how CryptoBlades works. 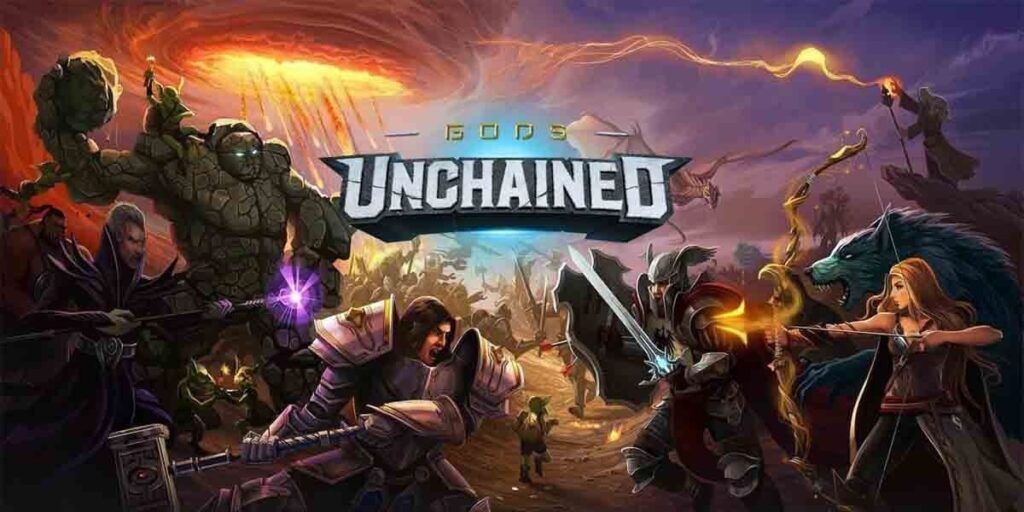 Gods Unchained is one of the most popular NFT card games. In this game, you can buy and sell decks of cards that will help you win battles. Also, the better your decks of cards, the more chances you have of winning the fights.

SandBox: an NFT version of Minecraft with which you can earn money 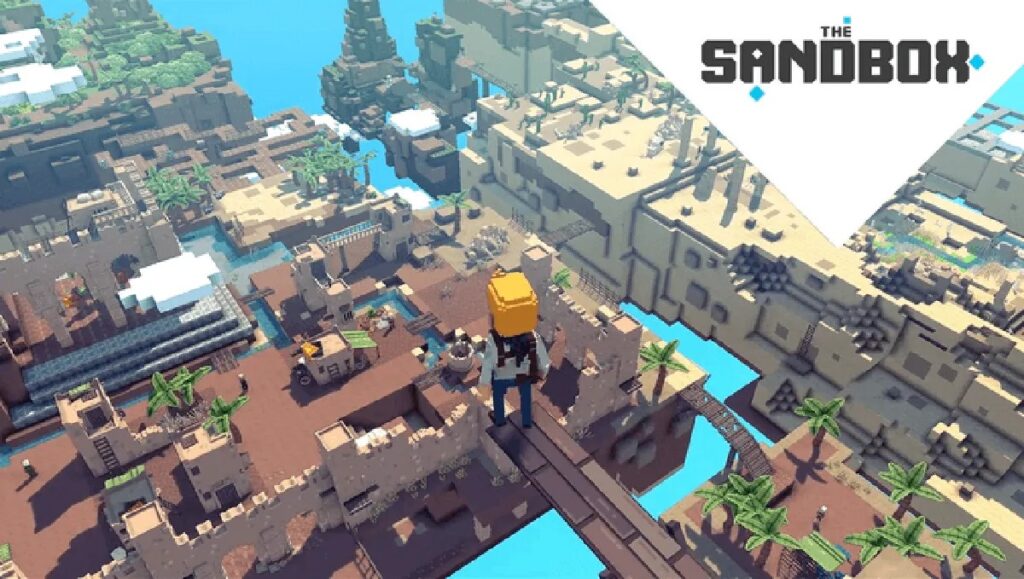 SandBox is one of the games similar to Minecraft but that allows you to earn money. This game is quite popular and in it, you can create multiple objects based on cubes. In addition, the objects that you generate in SandBox can be sold to earn money with them.

This game is an open world, which means that you can go through its entire map, manipulate multiple objects, and meet up with your friends. On the other hand, SandBox can earn SAND, LAND, or NFTs tokens. 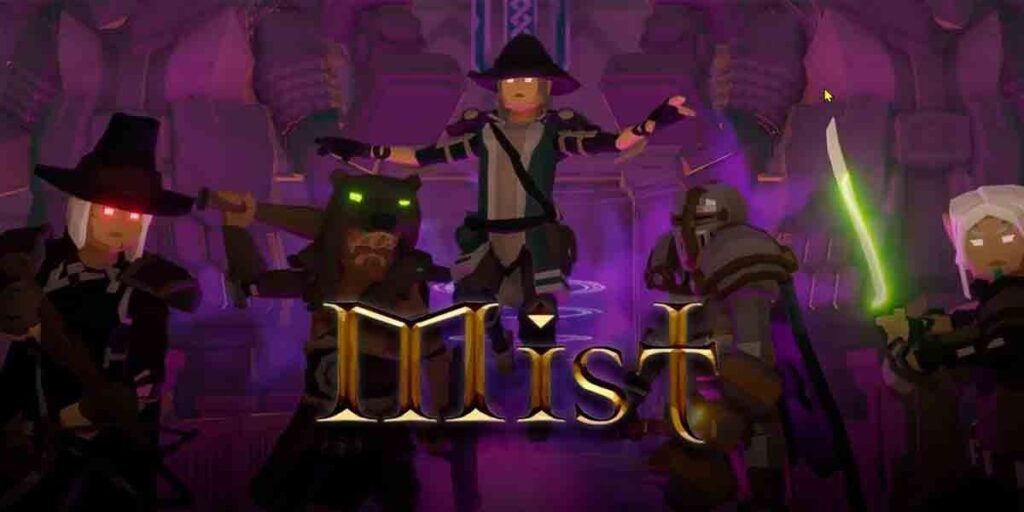 This game is about action and in it, you will have to face multiple creatures. Also, in Mist you can have a farm and farm on it to earn money. Likewise, the better your weapons, the more money you will earn. Now, the winnings in this game vary depending on how much time you spend leveling up. Keep in mind that by leveling up you earn approximately 2,000 MIST, which is the game’s token.

Thetan Arena: a Battle Royale with which you can earn money 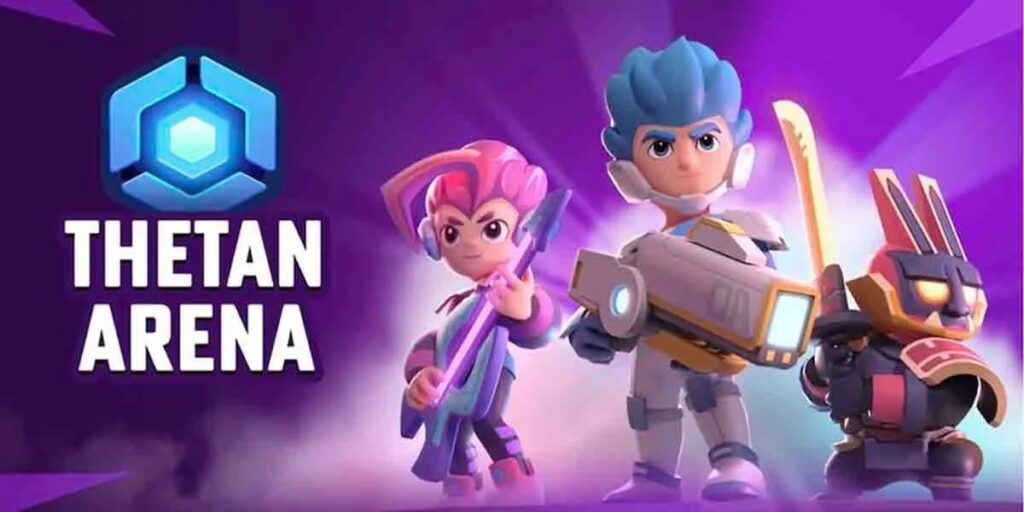 Thetan Arena is an NFT game that has gained quite a bit of popularity due to its fun. In addition, Thetan Arena allows you to play without investing any money. However, if you invest money in Thetan Arena, you have a better chance of winning battles and more money.

This game is in beta and still, has good graphics. On the other hand, the gameplay of Thetan Arena is quite fun. Now, if you wonder how much money you can win with Thetan Arena, you can find out here.

AlienWorlds: a card game where you must mine in space 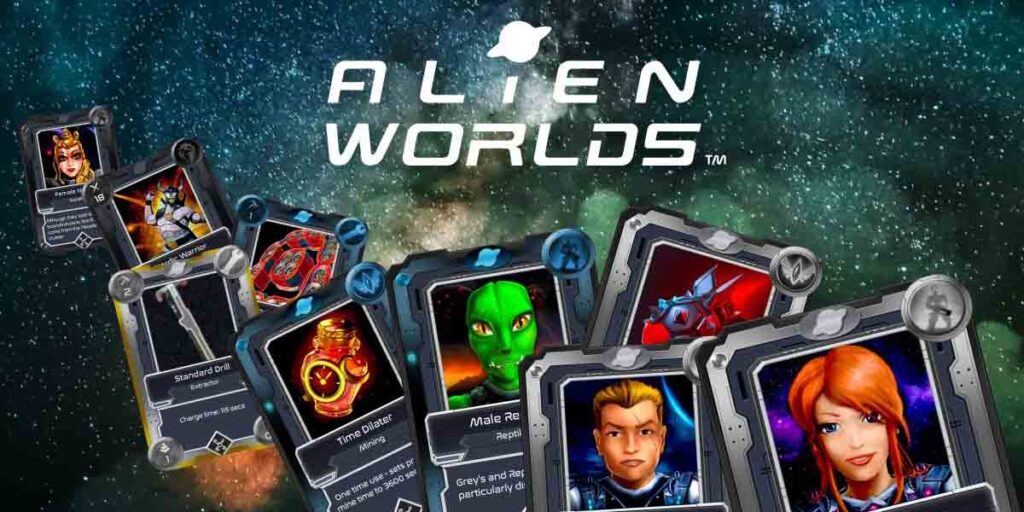 AlienWorlds is an NFT card game in which you must travel to other planets to mine. However, on other planets, you can meet other players with whom you will have to fight. The cards in this game are NFT that you can trade on the game’s marketplace. On the other hand, when you mine you get Trillium, which is the game’s token and which allows you to improve your tools and skills.

We hope the games on this list will be entertaining and earn you money. Now, if you wonder why Plant vs Undead is not among the best NFT games, you should know that this project has had multiple problems and is currently not very happy with its users.

WhatsApp Desktop: All the keyboard shortcuts you MUST know

PlayStation Network Charge? (What is SIE)

This website uses cookies to improve your experience while you navigate through the website. Out of these, the cookies that are categorized as necessary are stored on your browser as they are essential for the working of basic functionalities of the website. We also use third-party cookies that help us analyze and understand how you use this website. These cookies will be stored in your browser only with your consent. You also have the option to opt-out of these cookies. But opting out of some of these cookies may affect your browsing experience.
Necessary Always Enabled
Necessary cookies are absolutely essential for the website to function properly. These cookies ensure basic functionalities and security features of the website, anonymously.
Functional
Functional cookies help to perform certain functionalities like sharing the content of the website on social media platforms, collect feedbacks, and other third-party features.
Performance
Performance cookies are used to understand and analyze the key performance indexes of the website which helps in delivering a better user experience for the visitors.
Analytics
Analytical cookies are used to understand how visitors interact with the website. These cookies help provide information on metrics the number of visitors, bounce rate, traffic source, etc.
Advertisement
Advertisement cookies are used to provide visitors with relevant ads and marketing campaigns. These cookies track visitors across websites and collect information to provide customized ads.
Others
Other uncategorized cookies are those that are being analyzed and have not been classified into a category as yet.
SAVE & ACCEPT
How to whitelist website on AdBlocker?