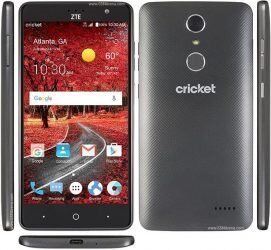 Why would you want to flash Firmware on your ZTE Grand X4 Z956?

The other type of the Rom is Custom Rom which advance users installed after flashing it as per they desire. Flashing a stock Firmware means installing the system image into the device’s internal flash memory.

Before going to install ZTE Grand X4 Z956 stock ROM you need to take a backup of all your messages, photos, and apps from your smartphone.

A.  Download and install ZTE Grand X4 Z956 Drivers. The necessary communication between your device and PC.

These drivers are mainly for the devices powered by Qualcomm chipset. With these drivers, you can transfer files, flash the firmware files on the device, etc.

B. We use the QFIL QPST Flash Tool for as ZTE Grand X4 Z956 Flash Tool because of this tool is very efficient and support all kind of Qualcomm phones.

1. Download and install the driver and tool above. Then launch the QFIL tool.

2. Turn off the phone (Remove the battery if possible, then insert the battery again), hold up the VOLUME KEY and plug in the USB cable to connect to the computer.

4. After clicking Download, wait for the flash process to finish, the time is about 5-10.

5: During the flashing process, your device will restart automatically.

6. Once flashing is completed, Close the Qfil Tool on your computer and disconnect your Android Smartphone from the computer.