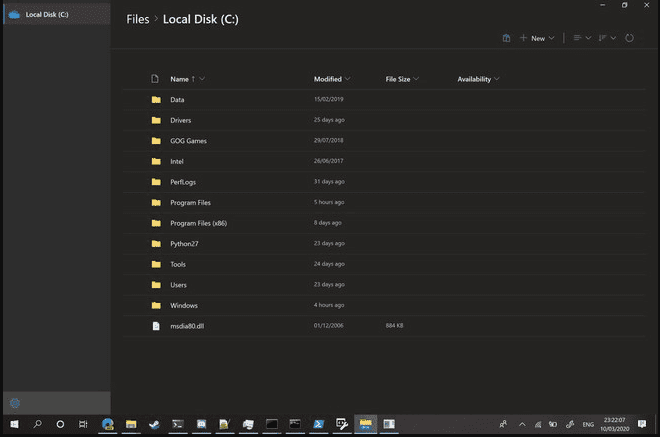 Windows 10X will include a whole new file manager, finally in coordination with the times. During the past few hours, the 1st screenshots appeared, thanks to the emulators of the special version of the operating system to get two-display devices like the Surface Neo.

It is desirable that the software may also be offered for the usual Windows 10, but there are no official indications.

Right now it seems a simplified and minimal version of the current File Explorer: you can explore the local files and those saved on OneDrive, Microsoft’s proprietary cloud storage.

The design actually looks a lot like the OneDrive web interface, but it is still much more elegant and current than the Windows 10 file manager, which we carry on substantially unchanged since the days of Windows 95.

We cannot talk much about functionality, because it is still very early: all the basic ones seem to be supported, such as moving, editing, and opening files. It is unclear whether research and the ability to explore network resources / map remote drives are present, but, again, a shortcoming at this early stage of development does not mean much. There is however support for the dark theme.