Update OnePlus One To Android 10 (LineageOS) 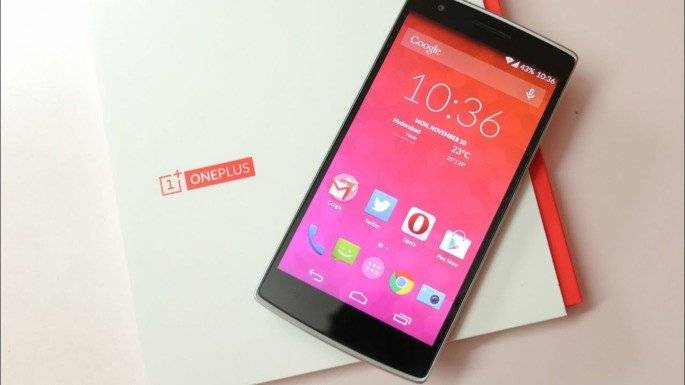 Despite the many criticisms that are made of Android smartphones due to the fact that they receive official updates for only two years, the freedom offered by Google’s operating system is simply fantastic. Although it is not a possibility for any user, there is still an extremely active community in the development of custom ROMs.

Currently, the most popular is certainly LineageOS, which has emerged as a replacement for the popular CyanogenMod. Although custom ROMs are not as popular as in the past, LineageOS remains the perfect option for those who do not want to invest in a new smartphone every 2 years and want to continue to enjoy the new versions of Android.

In addition to bringing the latest versions of Android to older smartphones, LineageOS also brings some exclusive features that will give your smartphone a new life. The latest surprise is the indication that the OnePlus One will be about to receive Android 10 thanks to LineageOS 17, even though it was released more than 6 years ago!

Is It Possible To Install Android 10 On OnePlus One

For those who do not remember, OnePlus One was launched in 2014, presenting itself as the “best purchase of the year”. It was not by chance that he started the still popular term “Flagship Killer”, as it made specifications worthy of a top of the range available while maintaining a ridiculously low price.

Another factor that made the OnePlus One unique was the way it reached users, being sold through “invitations”, making it even more desired by fans. Although it is unlikely that there are many users who use the OnePlus One as a daily smartphone, many will still have this legend kept religiously in a drawer.

Well, soon they will be able to dust the OnePlus One and install LineageOS 17.1, which will bring Android 10 and all its features to the mythical smartphone.

Unless you are an experienced user in these processes, it is not advisable to change the operating system of your daily smartphone (accidents happen …).

In the case of OnePlus One and its delicious codename “Bacon”, you can find the LineageOS download page here. LineageOS 17.1 is not yet available, but its eventual arrival has been confirmed through the community’s GitHub page.

WhatsApp Allows User To Use Account on Multiple Devices