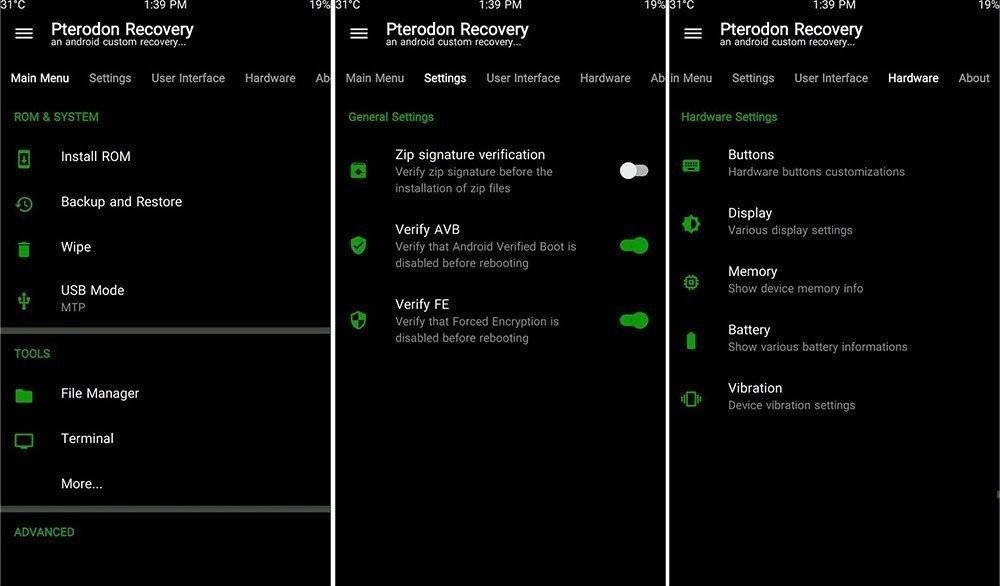 If we talk about recovery for Xiaomi TWRP is probably still one of the most famous and popular today. Still, there are several alternatives on the market such as Pterodon Recovery, hosting as great attraction being open source, and having a friendlier interface.

In detail, the RedWolf Recovery Project has announced that it is currently developing Terodon Recovery with an interface very similar to that of a normal application. This would greatly facilitate the process of installing other Custom ROMs for those who still do not dare.

And it is that as we can see below, the interface of Pterodon Recovery will be quite friendly, including among its options to install ROMs in a simple way, make backups with a single click or access the internal memory as if it were any other browser.

Pterodon Recovery adds multiple options of the most curious

In addition, among its functions, the recovery Pterodon Recovery is capable of adapting its interface to terminals with the notch or even allows among its functions to activate the flashlight of the device itself where it is installed.

In short, one more alternative that apparently will come, in the first place, with support for various devices from the Xiaomi Redmi sub-brand. Hopefully, this will be short and that we can install other ROMs and modules in our smartphone so graphically and easily.

How to activate Apple Airplay on MAC, iPhone and Android

Bani 4 weeks ago
How To