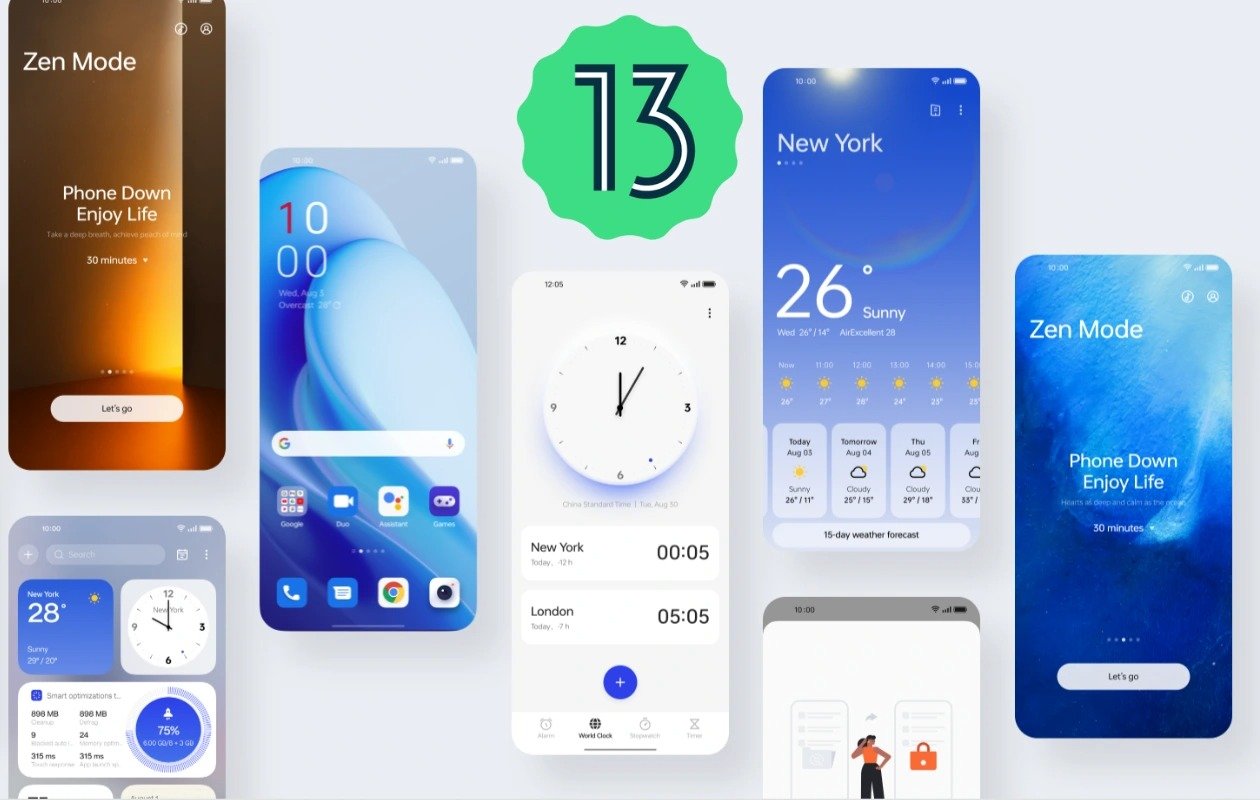 Finally, OnePlus has revealed OxygenOS 13 for its phones, which is based on Android 13. New functionality and UI enhancements are included in the updated OxygenOS version.

Updates to the software are necessary to enhance the user experience. You can check this tracker if you use OnePlus and want to know which OnePlus devices run OxygenOS 13 based on Android 13. The tracker also provides links for available downloads.

On August 3, OnePlus unveiled the OnePlus 10T and OxygenOS 13, an Android 13-based operating system. Additionally, OnePlus might soon begin testing OxygenOS 13, which is based on Android 13, in preparation for the stable release. It’s anticipated that OxygenOS 13 will be stable in late October or early November.

The latest flagship device from the business, the OnePlus 10 Pro, will be the first device to receive the OxygenOS 13 beta, which is based on Android 13.

There are several new additions and modifications in OxyegnOS 13. Everyone wants to experiment with anamorphic design. But if your device is not compatible with OxygenOS 13, it is not thrilling. So, the list of OnePlus smartphones that will receive the Android 13-based OxygenOS 13 update is available here. This list should be expected.

This section allows you to keep track of which OnePlus phones have already received Android 13 or have begun to receive the update, as well as when a specific OnePlus phone has received the OxygenOS 13 update based on Android 13. Both beta and stable updates are affected by this.

For the OnePlus 10 Pro, the first OxygenOS 13 Open Beta is now available. The update was made public on August 9 in North America and India. According to OnePlus, Europe will get access to it later. Numerous new features, including the new Aquamorphic look, are included in OxygenOS 13 OB 1.

Since OnePlus enables manual update installation, consumers can instantly upgrade their phones. When the necessary files are available, you can download them here and manually install Android 13 on your OnePlus phone. To avoid bricking your device, be sure to download the appropriate file for it.

Both the Recovery ROM and the OTA zip may be installed by OnePlus using the stock recovery and local upgrade methods, respectively. Always verify that you have the correct file and determine if it is a stable Android file or a beta Android file before doing a manual upgrade.

When a new update becomes available, we will continue to update the Android 13 tracker running OxygenOS 13. And feel free to ask in the comment area if you’d like us to add any other sections to this tracker.