Huawei is probably the best brand if you are looking for smartphones with an excellent photo sector. The Shenzhen-based company has in fact launched several smartphones with extraordinary cameras thanks to the partnership with Leica. 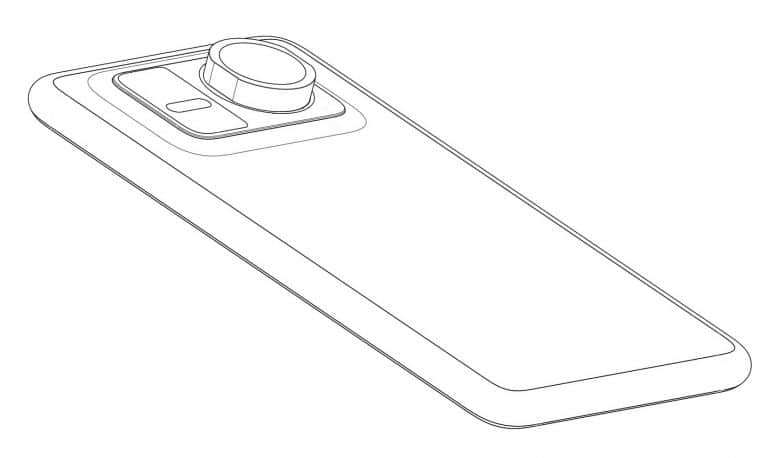 We have now passed the middle of 2020, but P40 Pro is still at the top of the DxOMark ranking, which carefully evaluates the smartphone photo sector. The versatile camera setup with optical zoom makes this device one of the best on the market.

But according to what has emerged in the last few hours, Huawei would have just filed a new patent that would further evolve the smartphone’s zoom technology.

Huawei P40 Pro Plus is currently the only smartphone that can offer one 10x optical zoom using a periscope lens. The Periscope lens offers optical zoom on phones using less space than the conventional zoom system, but it still steps back compared to traditional zoom technology with larger sensors and lenses.

In the new patent, filed by Huawei at the European Union Intellectual Property Office (EUIPO), the Chinese company aims to solve this problem by adding support for connectable lenses just like normal cameras.

In the patent, we observe a triple configuration of the camera consisting of two smaller sensors, an elongated flash module (Xeon?), And a larger sensor that can be used with removable lenses.

In addition, the design of the phone shows up with black color with a structured rear panel for grip. In addition, there is a USB Type-C port, a power key, and buttons to balance the volume.

While recognizing an excellent idea, it should be stressed that Huawei is not the first to propose an “attachable” photographic lens: the attempt had already been made by Motorola with the Motorcycle Mod, with results far from satisfactory.

For now, it is only a patent, therefore it is not said that it sees the light.

OnePlus Nord, finally the first teaser! Three cameras on the back (and two on the front)