The Amazfit GTS and GTR Receive An Unexpected Update 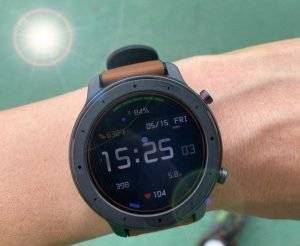 The Amazfit GTS and GTR smartwatches receive an unexpected but very useful update: it is the monitoring of naps that we should do sporadically

The two best wearable devices of the brand, having removed the new entry Xiaomi Mi Band 5 that we are waiting for, have begun to receive this “fundamental” update that leads to the possibility of monitoring sleep. However, this is not about checking the quality of sleep at night, but during those little naps that we should often take to relax.

The function that allows sleep monitoring is not new on Amazfit smartwatches but this one that has just arrived is a really unexpected novelty. Although the official changelog doesn’t specify how it works, we already know what it is: sleep monitoring on a small scale.

In fact, the same functionality that allows you to control the quality of sleep at night has now been ” reduced ” and can be used for sporadic naps.

The new firmware version is number 1.3.5.77 for Amazfit GTR and number 0.0.9.12 for Amazfit GTS. To install the update you must first update the Amazfit app to the new version 4.5.0.

Once the new version of the app is installed, the smartwatch will automatically detect it and install it. The new firmware for Amazfit GTR and Amazfit GTS is currently being released in Vietnam but will soon be made available in other regions.