The 5 best gaming controllers for iPhone and iPad

In recent years, gaming computers and classic game consoles have gradually been joined by the possibility of playing video games even on their smartphones. Video games for the iPhone, in particular, have improved dramatically over the past few years. The real push for improvement came with the introduction of the Apple Arcade gaming service in 2019 and there are many gamers who now also play long video game sessions with their iPhone.

However, not all gamers are used to playing video games on a smartphone using touch controls, which is why several models of gaming controller for iOS. The controllers, in fact, give you the possibility to play on Apple TV or your device just like you were playing with a console and allow you to have better control of your actions.

We also play a lot on our iPhones and iPads and for this reason, we have decided to make a selection of the best gaming controller compatible with all iOS devices. 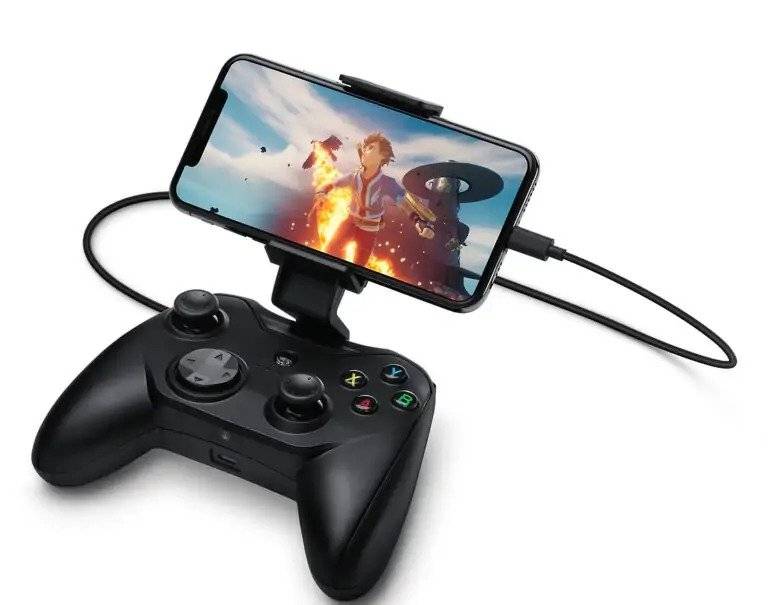 Rotor Riot is one of the best gaming controllers that features clickable sticks (L3 and R3) and is MFi certified by Apple. Its features make it a joypad capable of recreating the same console experience on the iPhone or iPad. The Rotor Riot is a wired controller that connects with a lightning cable, technical detail that allows you to avoid any delays or latencies during gaming. In addition to the cable connection, it should be noted the presence of a convenient port that allows the iOS device to be recharged via pass-through while playing.

There is support Zero Gravity which allows you to securely attach the iPhone to the top of the controller. Buttons A, B, X, Y are digital as well as the dorsal ones L1 and R1 while the triggers L2 and R2 are analog. Want to check which apps are available with Rotor Riot? Download the app Ludu Mapp from the App Store and find out which games are compatible.

Among the first gaming controllers for iOS that we feel we can recommend there is undoubtedly it SteelSeries Nimbus +: a wireless device sold under official Apple license and with excellent technical specifications. The Nimbus controller includes several features such as a built-in rechargeable battery Lightning cable, L3 / R3 clickable sticks, and a Bluetooth 5.0 module.

Their battery integrated guarantees 50 hours of battery life on a single charge and, among other features, there are dedicated menus and buttons to navigate your games more quickly. Nimbus + has been designed to give the best gaming experience on iPhone, iPad, iPod, Apple TV, and Mac. An iPhone holder is also included with the controller. 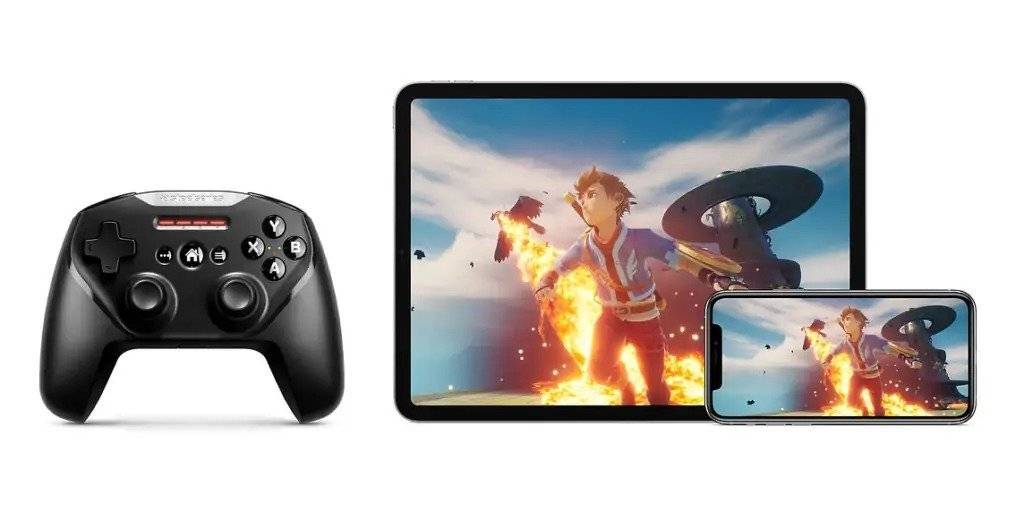 Razer is one of the best companies when it comes to accessories related to the gaming world. So you can be on the safe side if you decide to buy a joystick Razer Kishi: a comfortable and easy controller to take with you everywhere. Razer Kishi is a gaming controller compatible with most iOS and Android devices and thanks to its versatile design it not only guarantees a secure grip while gaming but also allows it to be used for long sessions thanks to its comfort and light grip. Razer Kishi makes ergonomics one of its strong points and has incredible tactile feedback. Also excellent is the presence of high-precision clickable analog sticks.

The feedback from those who have used this controller is excellent since iOS devices can alternatively be connected via Bluetooth or lightning cable. This second mode is ideal for those who want to avoid the latency problems that sometimes arise when using a Bluetooth or wireless connection. During the game session, the lightning cable can also charge the phone and this is a really cool feature.

For any PlayStation 4 owner, the DualShock 4 is your trusted controller. The DS4 is a precise joypad with a practical design that is very comfortable to use. The PS4 joystick can also be used on iPhone, iPad, and Apple TV. Pairing is easy – just hold down the Share and PlayStation buttons until the light bar flashes and the controller connects via Bluetooth to the device. Everything is taken care of down to the smallest detail, with the button layout that was well studied and for this reason, it is considered one of the best controllers around.

There battery it can be charged from any USB port on PS4 and can be recharged conveniently even while gaming. The only drawback is related to the impossibility of controlling the battery charging directly on the controller. That said, gamers who already own Play Station 4 don’t have to make extra purchases and that’s a huge plus for sure.

The controller of Xbox One can give a truly sensational gaming experience on iOS and Apple TV and is considered by many gamers to be much more comfortable than the Dual Shock. If you already have an Xbox console at home, all you have to do is configure your pad on your smartphone and start playing.

The connection is created in a very similar way to DS4 by holding down the wireless button on the front of the controller until the iOS device (or Apple TV) recognizes the controller and pairs. Another feature of the Xbox One controller, compared to its PlayStation competitor, is the fact that it uses AA batteries. What this controller lacks, however, is the charging function that is present in the Sony controller.

What remains for us the best gaming controller for iOS is definitely SteelSeries Nimbus +, however, also Razer Kishi and Rotor Riot are devices that guarantee a good quality/price ratio. If you already have an Xbox or a PS4 console, the controllers you already have are more than perfect for gaming on your smartphone. Remember that if you have a PS4 controller you can easily connect it to your Android device as well.

Bani 21 hours ago
How To

shayan hussain 3 days ago
How To

Store TutuApp, guide for download and use for iPhone and…

How to share Nintendo Switch screenshots on iPhone and iPad

CokernutX app, how to download and install it on iPhone