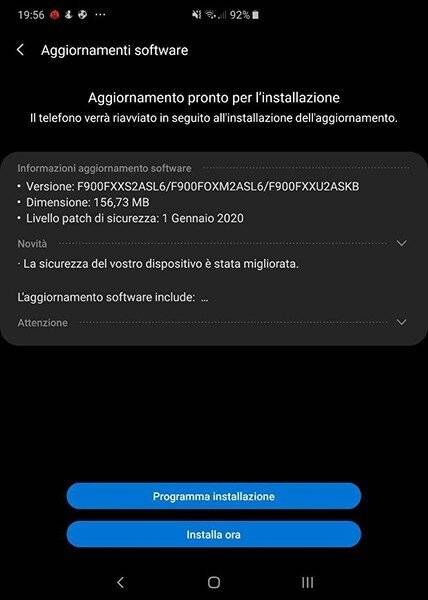 Samsung Galaxy Fold is updated with the January security patches

The F900FXXS2ASL6 build is currently being distributed in France and should progressively reach the other markets where the first Samsung fold is marketed. In addition to the security patches, no other features, improvements or changes are mentioned.

Galaxy Fold is currently based on version 9.0 Pie of the Google operating system, and for Android 10, for which no beta program is planned, you will have to wait a few more months, probably April.

On February 11, we remind you, Samsung will announce its new Galaxy S20 and, in all likelihood, a new smartphone with a flexible display and a clamshell design that will go alongside the Fold, expanding its offer.