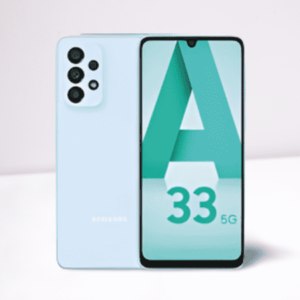 When your phone has a black screen, it vibrates and even works, but the screen is dark and you can’t see what’s going on. If you’re experiencing this problem, read our guide on how to fix a Galaxy A33 5G black screen.

Samsung Galaxy A33 5G Black Screen Problem: How To Fix It?

Maybe the power button is stuck.

You can actually free the button by pressing the power button over and over again for a while. This may also fix the problem with the black screen.

Look for any physical or liquid damage

Your phone’s black screen could be caused by either physical or liquid damage, as the water or fall could have hurt the screen or other parts. You can look at the liquid damage indicator (LDI), which will turn pink or purple when it comes into contact with water.

If there is water damage, look for signs of water. If the phone is physically damaged, check to see if the screen is broken, as that could also be a problem. In these situations, you will need to go to an authorized service center near you to get the display fixed or replaced.

Did you check the port for charging?

It turns out that the problem with the Samsung Galaxy A33 5G’s black screen could be as simple as the fact that your battery is dead and that dirt in the charging port is stopping it from being charged. Look inside the port for charging. Use a flashlight to look in. Use a needle or a toothpick to get rid of any unwanted debris, but don’t poke it too much or the pins inside will get damaged.

Your battery has run out of power.

Connect your phone to the charger and leave it alone for 10 to 15 minutes. This should give the phone’s battery enough juice to turn it on.

Take the battery out.

Samsung Galaxy A33 5G doesn’t have a removable battery, but if you’re using this guide for another Samsung or Android device that does, try taking the battery out. Wait a few minutes, then put the battery back in and see if this makes any difference.

The connector for the screen could be loose.

If you’ve ever watched a video by iFixit or JerryRigEverything, you know that the phone’s screen is connected to the motherboard with a Lego connector. This is true for everything inside the chassis. It turned out that the connector could come loose, which would cut the connection between the screen and the motherboard.

Since the phone is still working, you should be able to get calls and notifications, and maybe even use the screen. However, since the screen is blank, you are actually trying to reach a goal while blindfolded. If a loose connector is the cause of a black screen on a Samsung Galaxy A33 5G, a technician can fix the problem by reseating the cable.

A warranty on the phone won’t be void if it’s done at an authorized service center, but it would be if it was done at a locate center. You can even do it yourself, but I wouldn’t suggest it unless you know what you’re doing and won’t break anything.

Do a forced restart.

When there are critical system errors, a force reboot can be a lifesaver. How does it work?

You can clear cache files in more than one way. You can clear the cache by going to Settings > Apps > Tapping on an app > Storage > Clear Cache. On the other hand, you can use “Wipe Cache Partition” in the recovery mode. This is assuming that the phone’s screen works and that you can use the device.

Talk to a tech person.

Whether the black screen is caused by a hardware or software error, the last thing you should do is call a technician. You can choose between an authorized Samsung service center and a local one. The goal is to find a solution so that the phone can work like it always does.