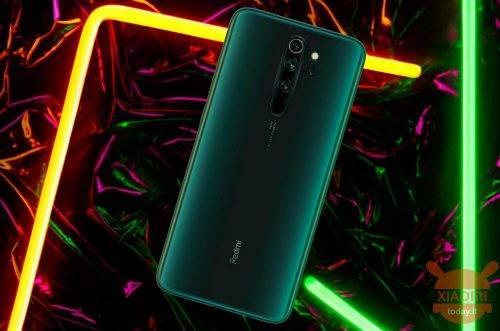 About twenty days ago the Mi Pilot program opened globally: it is basically a beta test of the new MIUI 12 on certain devices. Among these was the much-hated (but then much loved) Redmi Note 8 Pro.

Why hated? Because before its release, without having tried it yet, many have criticized its performances given the MediaTek processor. After some time, however, it magically became one of the most loved devices of the Redmi brand. Leaving aside the performance discussion, we get the news that some units are receiving the MIUI 12 Global Stable on this device.

It took 20 days of beta testing to break in the new interface on Note 8 Pro which, of all the devices, is perhaps the one that has had the least problems ever.

In fact, even the most recent Xiaomi Mi 9T and Mi 9T Pro have encountered some inconvenience in the release, due to unknown problems. In any case, we receive confirmations that the first units of the Redmi gaming phone are definitively receiving the MIUI 12 Global Stable.

The update is coming with build number V12.0.0.4 QGGMIXM. There is a clarification, however: the first who will receive the update to the new version of MIUI on their Redmi smartphone will only be the testers: in particular those who have had the good fortune to participate in the Mi Pilot program will be able to immediately enjoy the features MIUI 12.

All the others will have to be a little patient: the update will come for ALL but with a little delay, always obviously within the month.

In any case, if you do not want to wait for the official release, below you will find the link to the recovery to be installed by following the flash steps of the ROM and anything else. If we have to give you some advice, it would be better to wait a few days since, although stable, this version may still have some gaps.

This MIUI 12 update brings to the Redmi Note 8 a large number of new features, gestures, animations, and renewed applications, which will make this weekend much more entertaining. That if at the moment there is no update for the European version (EU / EEA), although it is expected for the next few days.

In detail, this is the version MIUI V12.0.2.0QGGMIXM, an update of 661MB, which fortunately for many occupies less than expected but still brings with it much of the news of MIUI 12 such as visual effects and the new level of privacy protection.