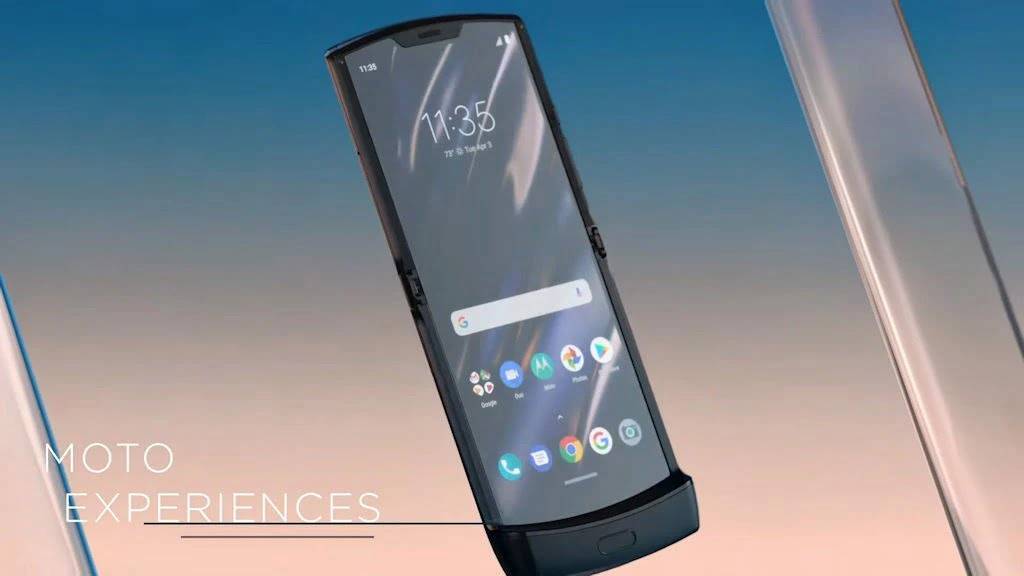 After months of waiting, the Android 11 update for the flexible Motorola RAZR started to be released.

The Motorola RAZR Flexible 5G started getting this update in mid-April, at the time, we thought it wouldn’t be long before the 4G model got the same treatment.

We were wrong, it took exactly four months for the original model to receive the same system update.

Android 11 is the new update for the flexible Motorola RAZR

Motorola RAZR was the manufacturer’s first folding case, betting directly on the look of the old Motorola V3.

Announced in November 2019, the Motorola RAZR Flexible arrived with the factory Android 9 Pie.

In May 2020, the first major Android 10 update arrived, bringing new features mainly to the smaller screen, which gained new features.

Now the novelty is the release of Android 11 for the flexible Motorola RAZR, leaving the phone with the system version that the 5G model has had for a long time.

The highlight of the update is Android 11 itself and its new features, which bring important features and improvements to users.

We have optimized support for flexible screens, support for streaming, thanks to the system that comes with a low latency codec for videos, which allows a better view of streaming services in general.

There is a new control center that allows you to easily control IoT devices, as well as providing easy access to Google Pay and your cards.

The camera will record until it fills up the internal storage, previously the limit was for videos up to 4GB.

Messages are shown in bubbles, which allows people to respond more quickly, while notifications are better, they allow you to respond using images and even have a function for the message to be remembered again later.

Android Auto will work wirelessly, which brings you more ease and convenience when you are in a car.

The system has its own screen recorder, which allows you to record the screen and sound from the microphone or/and the application.

Proximity sharing comes as a simpler way to send and receive files on the phone.

Insecurity we have more explicit messages for permissions involving microphone and camera, apps that are not in use for a long time lose their permissions and now it is possible to give permission only during that specific use of the app.

Users will also find the July 2021 patch, which is one of the most recent, which makes the device more protected.

The Android 11 update for the flexible Motorola RAZR has already started to be released, news should take a few weeks to be available to everyone.

WhatsApp Desktop: All the keyboard shortcuts you MUST know

PlayStation Network Charge? (What is SIE)

This website uses cookies to improve your experience while you navigate through the website. Out of these, the cookies that are categorized as necessary are stored on your browser as they are essential for the working of basic functionalities of the website. We also use third-party cookies that help us analyze and understand how you use this website. These cookies will be stored in your browser only with your consent. You also have the option to opt-out of these cookies. But opting out of some of these cookies may affect your browsing experience.
Necessary Always Enabled
Necessary cookies are absolutely essential for the website to function properly. These cookies ensure basic functionalities and security features of the website, anonymously.
Functional
Functional cookies help to perform certain functionalities like sharing the content of the website on social media platforms, collect feedbacks, and other third-party features.
Performance
Performance cookies are used to understand and analyze the key performance indexes of the website which helps in delivering a better user experience for the visitors.
Analytics
Analytical cookies are used to understand how visitors interact with the website. These cookies help provide information on metrics the number of visitors, bounce rate, traffic source, etc.
Advertisement
Advertisement cookies are used to provide visitors with relevant ads and marketing campaigns. These cookies track visitors across websites and collect information to provide customized ads.
Others
Other uncategorized cookies are those that are being analyzed and have not been classified into a category as yet.
SAVE & ACCEPT
How to whitelist website on AdBlocker?