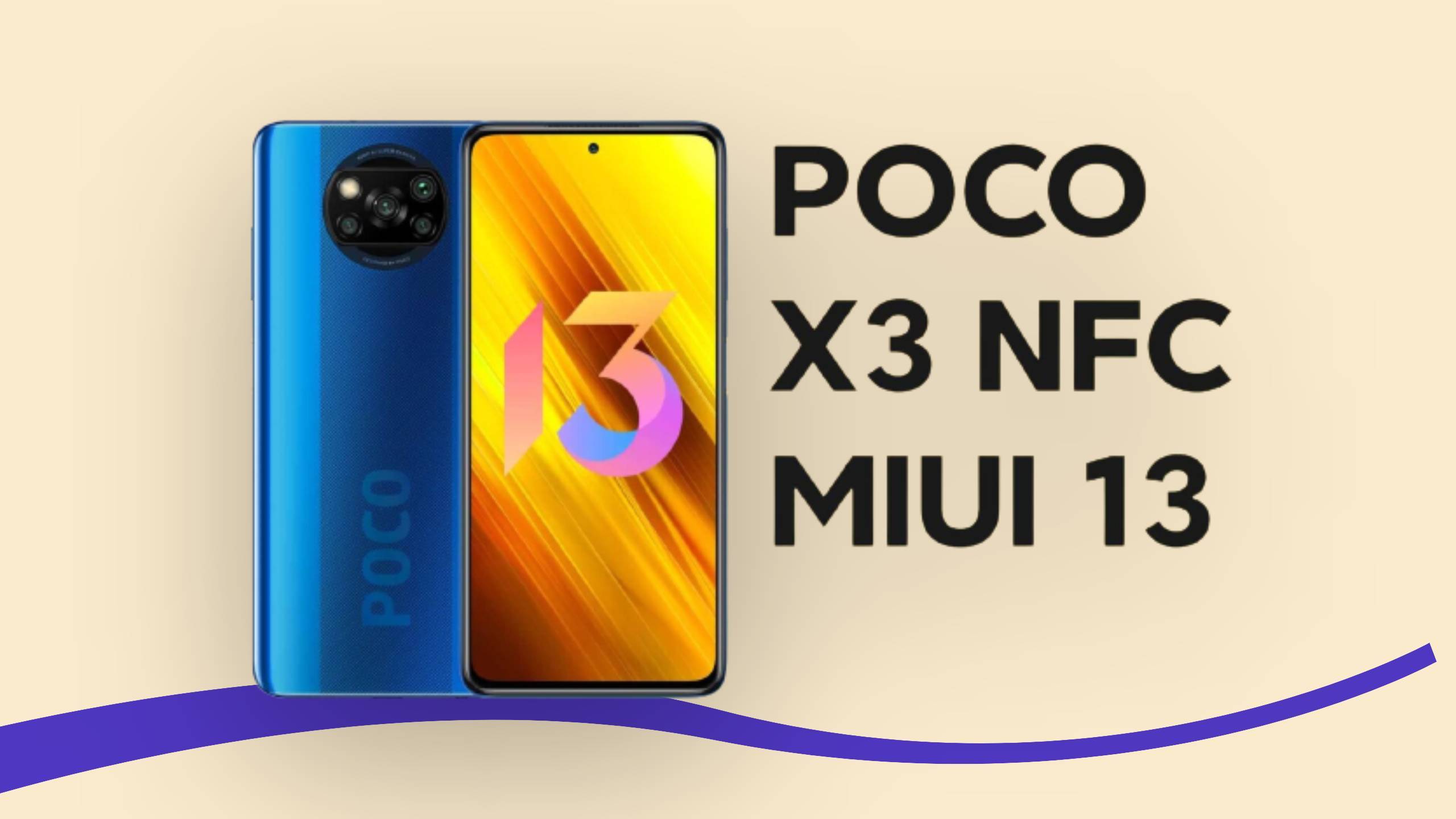 We said that the MIUI 13 update for the POCO X3 NFC is ready and will come very soon. This update has been put out as of today. POCO X3 NFC is a popular model because it has great features and costs less than other phones.

People have been asking a lot of questions about the POCO X3 NFC recently. It has a 6.67-inch 120Hz refresh rate screen, a Snapdragon 732G chipset, a 64MP quad camera setup, and other features that are meant to make it a great phone. When this device will get the MIUI 13 update is a mystery. In our article about the POCO X3 NFC MIUI 13 update, we will try to give you a detailed answer.

A device that has received MIUI 13 will also receive MIUI 14 upgrade, according to the status of MIUI updates. We started the much-anticipated POCO X3 NFC MIUI 13 update is now available. Users’ anxiously anticipated update has been made available as of August 5.

Xiaomi has provided the changelog for the POCO X3 NFC MIUI 13 update that was published for Global.