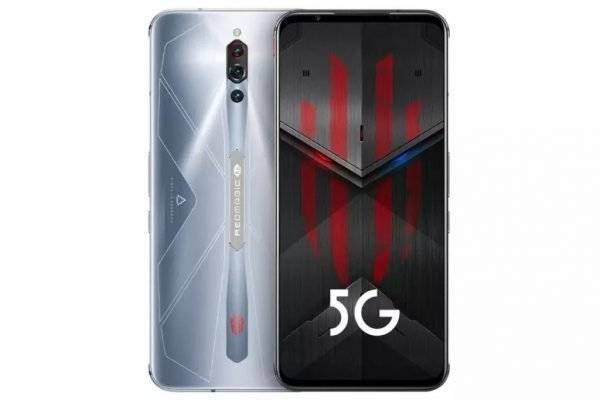 Coming immediately to the technical specifications of this new product, Nubia Red Magic 5S works with Android 10 as an operating system, with Nubia UI (Red Magic OS) customization. The phone has a 6.65-inch Full HD + AMOLED display (1,080 × 2,340 pixels) with a 19.5: 9 aspect ratio, 144Hz refresh rate, and 240Hz touch response frequency. The display also has TUV Rheinland certification and up to 4,096 levels of automatic brightness adjustment.

Nubia Red Magic 5S is also powered by a processor Qualcomm Snapdragon 865 octa-core which has a maximum clock speed of 2.84 GHz, combined with an LPDDR5 RAM of up to 16 GB and a maximum of 256 GB of UFS 3.1 storage space that does not support expansion via a microSD card.

As for the photo sector, Nubia Red Magic 5S is characterized by a triple rear camera, with a Sony IMX686 64 megapixel primary sensor along with an f / 1.8 lens, paired with an 8-megapixel secondary sensor with an ultra-wide-angle 120-degree lens and a 2-megapixel macro sensor. The phone also has an 8-megapixel front camera.

Connectivity options include 5G, 4G VoLTE, Wi-Fi 6, Bluetooth v5.1, GPS / A-GPS, USB Type-C and a 3.5mm headphone jack. On-board sensors include an accelerometer, an ambient light sensor, a gyroscope, a magnetometer, and a proximity sensor, as well as an in-display fingerprint sensor.

As mentioned, Nubia has provided its proprietary ICE 4.0 system which uses a combination of thermal and air cooling to reduce heat generation. The new gaming phone, therefore, has a centrifugal fan coupled to a silver heatsink. Also, there is an L-shaped liquid cooling tube on the product to dissipate the heat from the various components. Red Magic 5S is finally equipped with a 4,500 mAh battery which supports a 55W air-cooled fast charge.

The phone has an Ice color option Wind Silver which is not available with the high-end model while coloring Cyber ​​Neon it is limited to the 12 GB and 16 GB RAM versions. The sale in China will start on Saturday 1 August, while in Italy it should arrive in September.

How To Add Face ID Authentication To Google Drive iOS