Netflix: Part 2 of calready has premiere date and trailer (and there is a surprise) 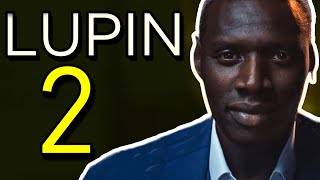 France’s most wanted man is back. It is with this description that the streaming giant, Netflix, reveals the full trailer and confirms the premiere date of Part 2 of one of the most successful series of recent times.

The second part of Lupine is scheduled to arrive on the platform the next day June 11th. And the full trailer shows us that we will continue to vibrate with adventures by Assane Diop (played by Omar Sy).

“Assane’s desire for revenge against Hubert Pelligrini destroyed his family. Now, leaning against the wall, he has to think of a new plan, even if it means putting himself in danger,” can be read in the description of the trailer.

Recall that Lupine debuted on Netflix in January this year. It became a success in several countries, leading the TOP 10 of the platform, including in Portugal. Now it’s time to open the second part and reveal a surprise.

This still won’t be the last part of Assane Diop’s adventures. This is because already this Wednesday, the streaming platform mentioned in a tweet “how Assane is always one step ahead, Part 3 is already confirmed”.

And as Assane is always one step ahead, Part 3 is already confirmed. 👀

For the fans of Lupine, where I include myself, we are looking forward to the premiere of this second part. And if you haven’t seen the five episodes available on the streaming platform, it’s definitely something I’d advise you to do.

What is the Lupine series about

“Inspired by the adventures of Arsène Lupine, the thief in the coat Assane Diop is determined to avenge his father for an injustice done by a wealthy family”, is the description given by Netflix itself.

But this series is much more than that. In the good way of the European quality productions that the streaming service has already accustomed us to, we have here light but the captivating story. The plot is run by the talented Omar Sy.