install firmware on a Motorola phones Via Fastboot:

Hello everyone, today we are going to teach you how to install the firmware for Motorola devices.

After downloading the files you should have these files in the folder.

Now if you are not sure if you already have the drivers installed, a simple way to find out is, to double-click on the MotorolaDeviceManager_2.5.4.exe file to run it or right-click on the file and click on the menu that will appear click open, a window “User Account Control” will appear.

Asking if you want to give permission for the application to make changes to your computer, choose the “Yes” option.

Where you will get two options “Repair” and “Remove”. This indicates that you already have the drivers installed, so just click on the “cancel” button, now if a different screen appears then you need to install the drivers.

After installing the drivers, let’s get all the files that are inside the platform-tools folder and move or copy them to the folder where the firmware is.

After copying the files from the platform-tools folder, paste everything into the folder where the firmware is.

Ready, your computer is ready to perform the procedure, let’s prepare the cell phone now.

On your device you will turn it on in fastboot mode so that you turn off the device if it is on and when it is off you will turn on the cell phone as follows, press the “Volume down” button and keep this button pressed and then press on the “Power” button (On/Off) and keep both buttons pressed for about 5 seconds and first release the “Power” button and then release the “Volume down” button and your device should be on the fastboot screen this screen can change from model to model, but here are some screen examples: 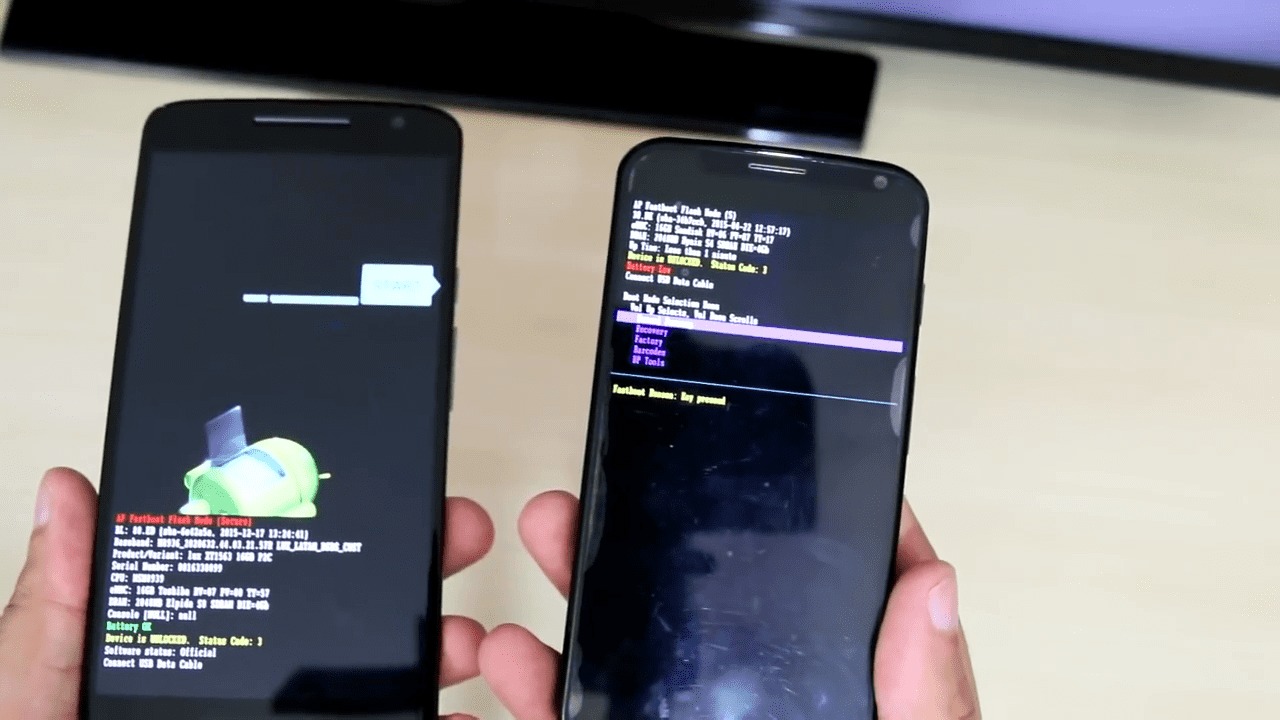 If you see on the screen of your device it should have among the information displayed on the screen a line with the following text “Connect USB Data Cable” after you connect the cable it should change to “Transfer Mode: USB Connected” this indicates that your computer has recognized your mobile phone. 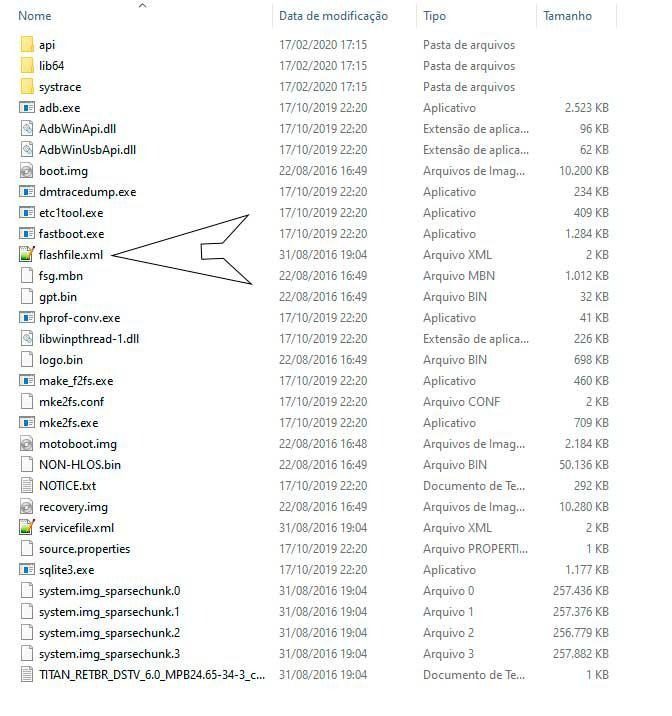 If you open the file you will find the commands inside XML tags. 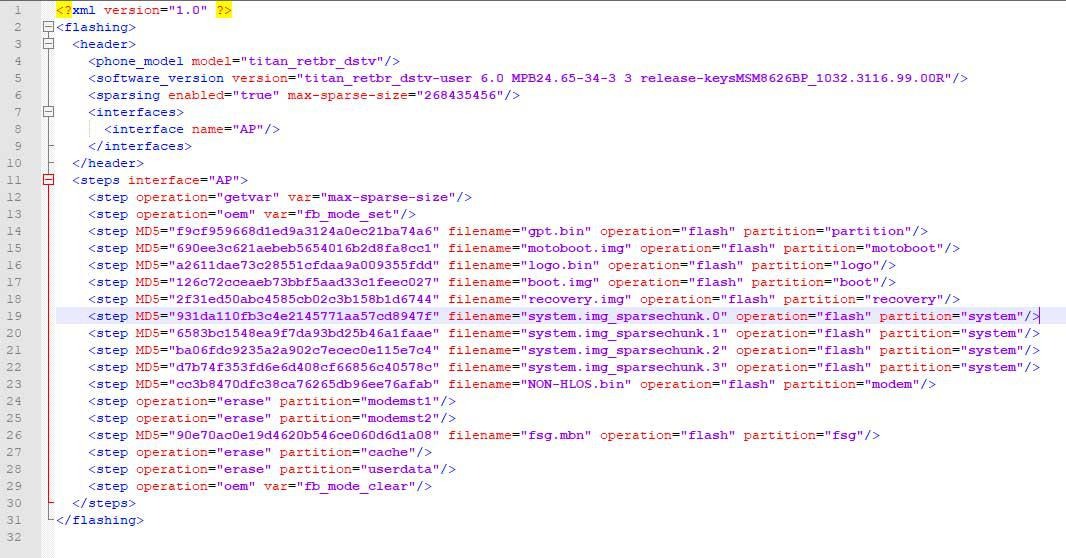 But to perform the installation we cannot use the commands like this inside the XML tags, we have to remove the tegs and leave only the commands it is possible to do this manually,

Now that we have the commands, let’s open the Windows command prompt to do this process, go to the folder where the firmware is, and in the address bar of the folder type “cmd” and press the enter key.

When the command prompt opens, type the following command to make sure the cell phone is well connected to the computer, type “fastboot devices”, and you should get a return similar to this: 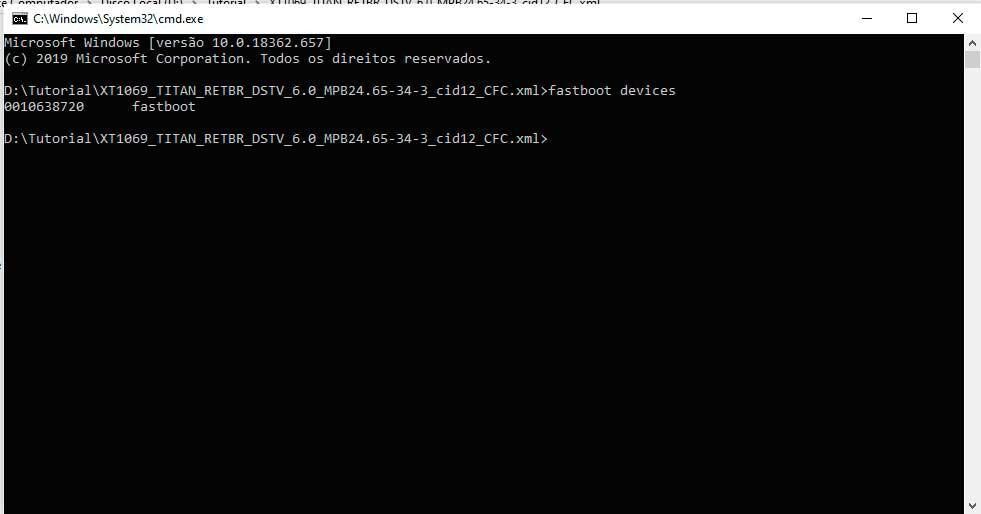 Now just copy the commands from the flash file tool and paste them into the command prompt and the installation starts automatically. 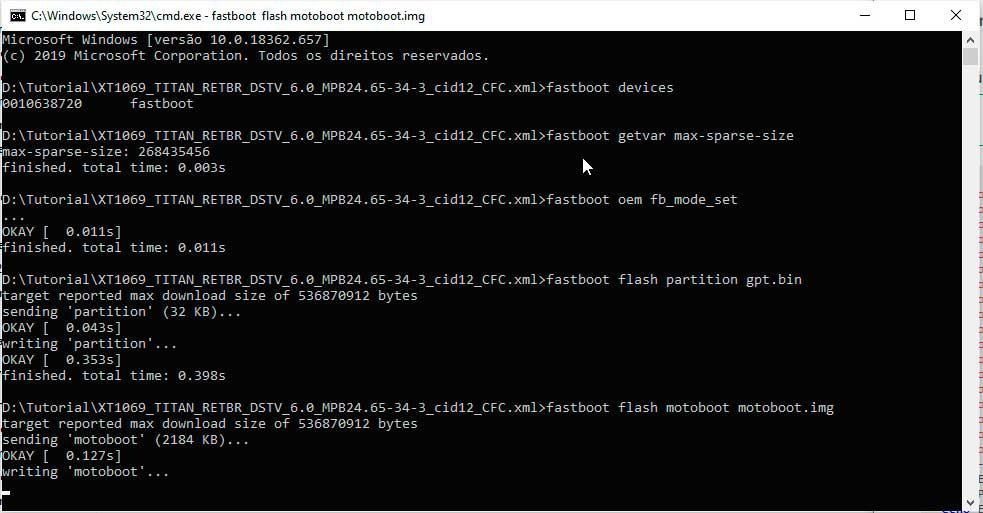 Now, just wait for the process to finish, in terms of the time it will depend on some factors such as firmware size, the bigger the firmware the longer it will take to install, and also your computer, if it is a little slow mark, it will take longer to finish, but At the end, the following message will appear “Press any key to continue” 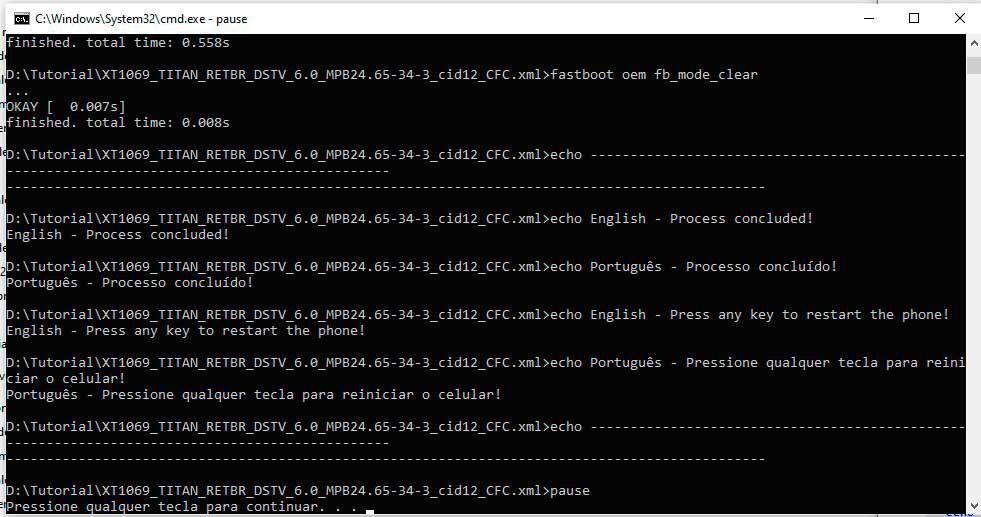 When this message appears, just press any key, when you press a key your cell phone is to restart, but it may happen that the cell phone does not restart in this case type the following command at the command prompt “fastboot reboot” and press the enter key, ready now your phone will restart.

Now you can remove the USB cable from the cell phone and wait, as it is the first time it starts after installation, it may take a while, but if more than 10 minutes pass and the cell phone still shows the Motorola logo then press the “Power” button on the phone and keep it pressed until it restarts, now it should turn on normally just with a little delay, if again it gets stuck for more than 10 minutes on the Motorola logo then it will be necessary to do a hard reset, it is common for the phone to need a hard reset after installation. 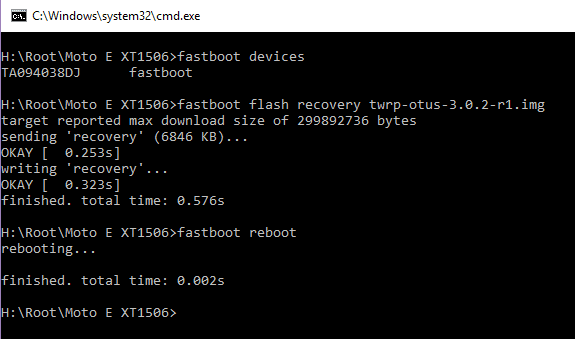 BEFORE ANYTHING ELSE, MAKE SURE YOU PROPERLY INSTALL THE MOTOROLA USB DRIVERS TO YOUR PC.

2. Extract ‘Stock Firmware’ and mfastboot to the same folder you can easily locate. The firmware file comes in an xml.zip

3. Power off your phone Motorola phone.

5. In the mfastboot folder, open the ADB command file or command prompt.

6. Enter these below commands one after the other to flash the firmware.

The command-line system.img_sparsechunks may differ. Confirm by checking the firmware folder. And at the last command, your phone will reboot.

The first booting may take time to boot. If the firmware is in, tar.gz extension, you can flash it by using this command in your cmd flashall.bat /EU

Now, just enjoy your device, thank you very much for reading my article, I hope it was clear how to do the procedure, but if you have any issues with this try to Flash Motorola Stock Firmware With RSD Lite Tool