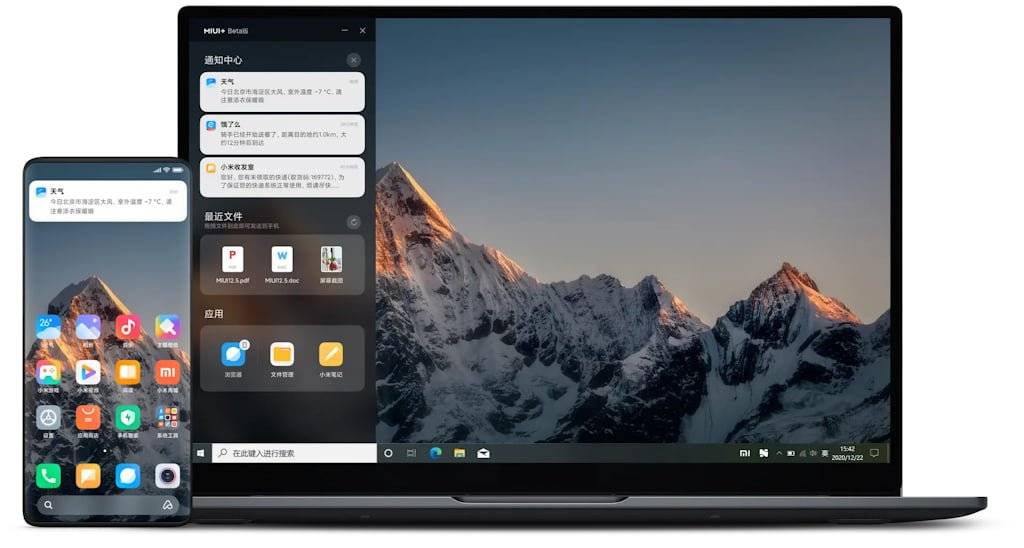 Xiaomi revealed that the new MIUI+ beta version is getting hotkeys, window resizing, and other improvements.

The feature unfortunately isn’t released to the whole world yet, but the hope is that after leaving the beta, it will be released to everyone.

Of course, even in tests, the feature is being improved at the same time it is bringing new features and improvements with each new version.

MIUI+ in beta version has window resizing and hotkeys

With the latest trial version, MIUI+ gets major improvements, but two stand out.

The first is the ability to resize application windows, which allows for better usability of the feature on your computer screen, so you’ll be in control of each app’s window size.

Another novelty is the shortcut keys feature, which makes it easier to use the keyboard on the computer, users can perform actions only with keyboard shortcuts.

The most common shortcuts are Alt + R to open the latest applications, Alt + B to return a screen, and Alt + H which takes you to the main phone screen.

For those who don’t know, MIUI+ was announced along with MIUI 12.5 in China, the feature arrives as a communication bridge between a Windows PC and compatible smartphones from Xiaomi.

With a compatible smartphone and computer running at least Windows 10, the connection can be completed and you have full control of your mobile device.

The user will be able to use MIUI+ to be able to view notifications, respond to messages, use phone apps, copy and paste text between devices, send and receive all types of files, take notes and share web pages.

At the moment, few devices are compatible with MIUI+, which is in beta and only available in China, but we are hopeful that the international version can be released after testing is complete.