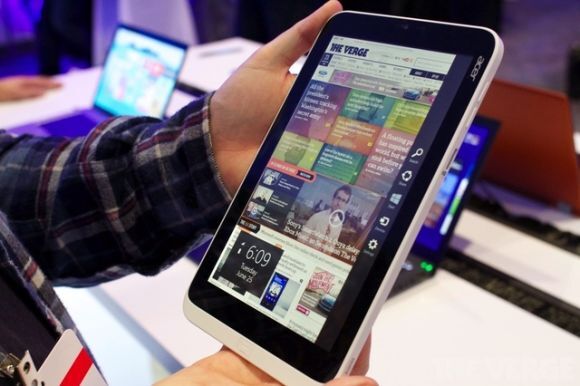 At the Build conference for developers in 2013 the company Microsoft is quite a lot of time taking the tablets with screens 7 – and 8-inch, which will run under the operating system Windows 8.1/RT . After a while, the details became known about these devices. During the presentation of the new version of tools for Visual Studio development 2013 Microsoft representative demonstrated a list of supported displays and resolutions. In the photo you can see the 7-inch display with a resolution of 1920×1080 pixels and 10.6-inch high-resolution 2560×1440 pixels . It is worth noting that such displays are not yet popular in the market because of their high cost, but with time, and they, too, will fall in price. 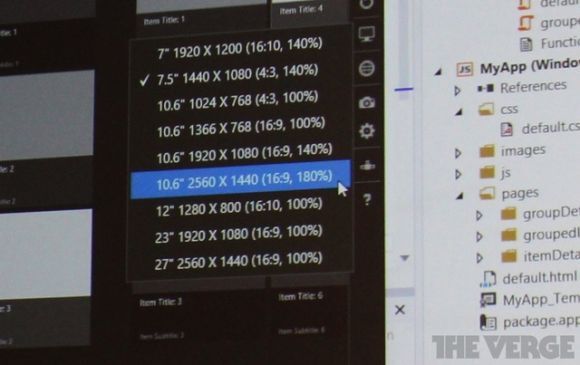 In addition, such options were seen as 7.5 inches with a resolution of interesting 1440h1080 pixels and 10.6-inch display with a resolution of 1024×768 and 1366×768 pixels. Either Microsoft has shown not all supported display formats, or the company decided to take the high level of quality for the screens of their tablets. Most likely, a little later, we will show the 10.6-inch model, the updated tablet Surface Pro, whose resolution will be 2560×1440 pixels. first devices with Windows 8.1/RT and such displays hit the market until the autumn of this year. It is clear that the sale of such vehicles will begin with the official release of the new operating system Windows 8.1.