IPhone 13: is this the aspect of Apple’s thickest smartphone?

Apple’s iPhone 13 range will be announced in September if no exceptional circumstances add up to Apple’s calendar. Until then, we will have a list of leaks that will allow us to gradually get to know the next iOS smartphones.

We thus see new images, following the previous piece and information leak, illustrating how much thicker the iPhone 13 can be. The reason for this will be the use of bigger and better image sensors to equip your cameras. 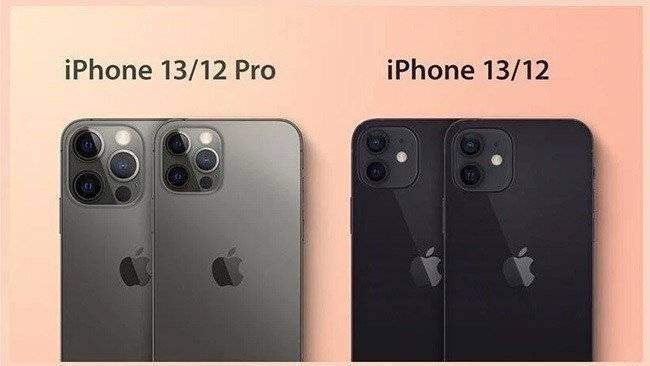 The images that illustrate this article reflect the piece shared by MacRumors who suggested this thesis. So we have the new iPhone 13 a little thicker, in addition to having a hump/protrusion of the rear cameras more noticeable.

More specifically, the iPhone 13 and iPhone 13 Pro models should have a thickness of 7.57 mm. This value represents an increase of 0.17 mm compared to the previous generation – the iPhone 12 – and it is not very noticeable for most users.

On the other hand, the protrusion of the rear cameras will be appreciably greater. According to the leaks, the island of the cameras will have a bulge of 2.51 mm in the iPhone 13, whereas in the current generation it does not exceed 1.7 mm.

Better optics and sensors require more space on the iPhone 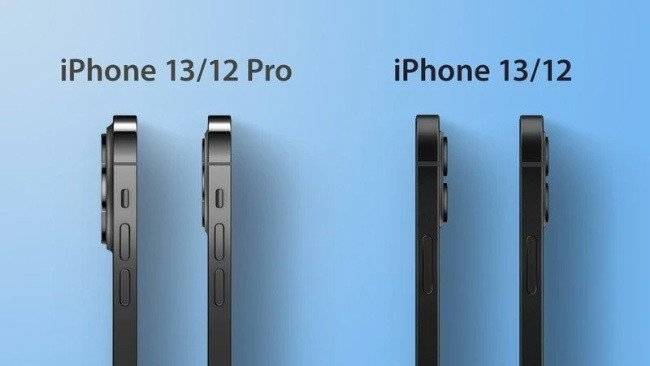 It is important to emphasize that this increase in the island/protuberance of the rear chambers will bring an important advantage. The last element (lens) of each camera will not be as prominent. Incidentally, it can be level with the entire island of the chambers itself.

This change would have a lower risk of damage to the optics themselves, although its effectiveness can be questioned. Still, we find a current example in the new iPad Pro models that follow this implementation.

Furthermore, on the Apple iPhone 13 Pro and 13 Pro Max we have a significantly larger camera module. It is in these models that we will be able to find the main photographic improvements, new optics, and possibly new sensors.

According to the rumors, we will have a triple camera in the top models, namely:

These changes, albeit modest in general, will make the iPhone 13 and 13 Pro different devices from the current generation. At Apple’s scale, these are the biggest differences we can reasonably expect for a new generation of its iOS smartphones.

Finally, it is possible to point out a slight readjustment in the position of the volume selector and other physical buttons to harmonize its position with the increase of the camera modules.

The next generation of iPhone should arrive in September 2021

In addition to the slight structural differences in the organization and size of the main chambers, we can have new color schemes, something that is not certain for now.

At the same time, we do have screens with a high adaptive update rate – up to 120 Hz. This asset will only be present on the iPhone 13 Pro and iPhone 13 Pro Max, using Samsung’s more efficient LTPO AMOLED screens here.

It is also pointed out the reduction of its notch, something that has been pointed out for several generations, without ever materializing until now. To this will be added the introduction of a new processor, probably the Apple A15 Bionic, among other improvements.

Finally, some sources point to the return of the Touch-ID embedded in the screen, although such, as well as much of what has been stated here, do not pass for now a hypothesis.