Htc 8x No sound when ringing:-

Information & read: none, to confirm reports from users.
Repair temporary: as above.
Final Solution: Fix TBC since the release of OSV x10211. 204

Many features of the HTC Windows Phone 8X device increase the demand on battery power and reduce battery life. To save battery power, please note the following:-

– Set the monitor off after 30 seconds. Disable automatic advance. Because the brightness level also affects the automatic adjustment function.

-Use Network connections selectively. Depending on the region than the signal strength of the cellular network.

phone repeatedly to scan the network to increase battery consumption. So you can turn on flight mode when falling in love with the area or no waves waves

– Turn off the function uses the mobile network as wifi, 3G, Bluetooth, etc. when not in use.
– Use headphones instead of speakers.
-Turn Off all background applications unnecessary.

While using the HTC 8X, you sometimes suffer from the shock, lag, the phone hangs, application crashes, this situation occurs when the operating system fails. You can do the following ways to solve this problem.

– Restart the phone, if the machine crashes you can hold down the power and volume down simultaneously until name feel a vibration. Your phone will reset and start automatically.

– Reset the phone: you do the restore operation on the factory settings, note that the full restoration of personal data on the machine will be erased. You go to Settings -> Information -> Reset

Type the word in the message or text, automatic display of other words.

This condition is that you have switched mode helps you compose refined dictionary faster, you begin typing, you’ll see suggested words based on letters you have entered. You can click on the suggestion to add it to the text. If you do not want to get suggestions from the dictionary or want to place an individual, you can do the following manner:
– Choose Start -> Settings -> Keyboard -> Keyboard Choose under Languages, select the text input language.
– After the new window appears, uncheck Suggest text and highlight misspelled words.
– You check again.

Can not find application calls and SMS on the HTC Windows Phone 8X:-

Show exclamation point (!) Next to the name of the latest version

When using the HTC 8X, you enter in the “additional information” and found out on the “!” In yellow. You do not worry because it’s not an exclamation point error of the machine, but only what is reported by Microsoft with the new update. You only need to update it to the latest version.

This is a very rare case on the HTC 8X series, due to the process used for too long and frequent hot machine making glue layer between the screen with peeling bark. You must contact the service center for assistance with HTC and advice.

You need to remove the SIM card from your phone and a sanitary copper contact surface of SIM cards in the newspaper.

– After you reattach the sim but still unusable, try on a different sim card. If on the other phone still does not use the card, it means your Sim card has failed.

– In case the SIM card completely normal use on another phone, you contact the service center for assistance HTC.

While using the HTC 8X, suddenly your headset problems. You need to check the devices by the following method:

-You Check the headset on another machine such as a computer, or another device with 3.5mm jack. If the headset still having an old situation, you need to contact the Nokia Care service center for warranty phone accessories.

– If headphones after checking on another phone still work, you check to pay the headphone jack of HTC 8X by plugging headphones into the test.

– If the headphone jack is still normal use with other headphones, you should wipe the contact surface of the headset with the headset jack in the newspaper.

– If the headphone jack is not used with other headphones on average, you need to contact the Nokia Care service center for advice.

You are using the HTC 8X, but you always suffer from the machine automatically reset or sometimes sudden death mainly due to two main reasons:
Bluetooth and NFC launches will be used to reset itself so you have to shut down two tasks on a temporary fix.
-Run Youtube app once will reset, workarounds that you update to Youtube Pro is going to overcome.
– Do you update to the latest version by going to Settings – Profile machine – Update,
The way out of this is only a temporary remedy, you should bring a service center for advice and support. 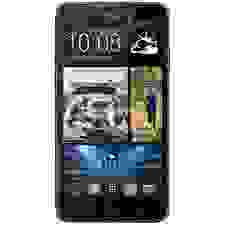 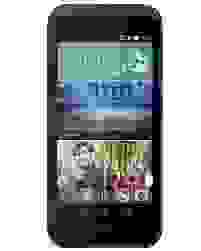