The Best Apps To Track An Android Phone

How to recover deleted files on Samsung mobiles

At any time it can happen that we accidentally delete a file, image, or video that really mattered to us. Over the years, mobile manufacturers have been adding different features, not only to their terminals but to their customization layers so that we can recover those deleted items without having to end up resorting to complicated methods or third-party apps. As is the case that we present today, that of Samsung with One UI.

Fortunately, if you have a mobile device from the Korean manufacturer that has this customization layer, you can recover certain items that you have deleted. And not only will you be able to restore elements such as photos or documents, but it will also allow us to recover those messages that we have sent through the different instant messaging apps.

One of the first manufacturers to have this function as Apple’s mobile phones, since they decided to add a trash can where all those photos and videos deleted from the gallery were stored in case we ever wanted to recover them. And although Android as such does not have this feature by default, it will depend more on the brand of the mobile device. We can even find that differences are depending on the applications. 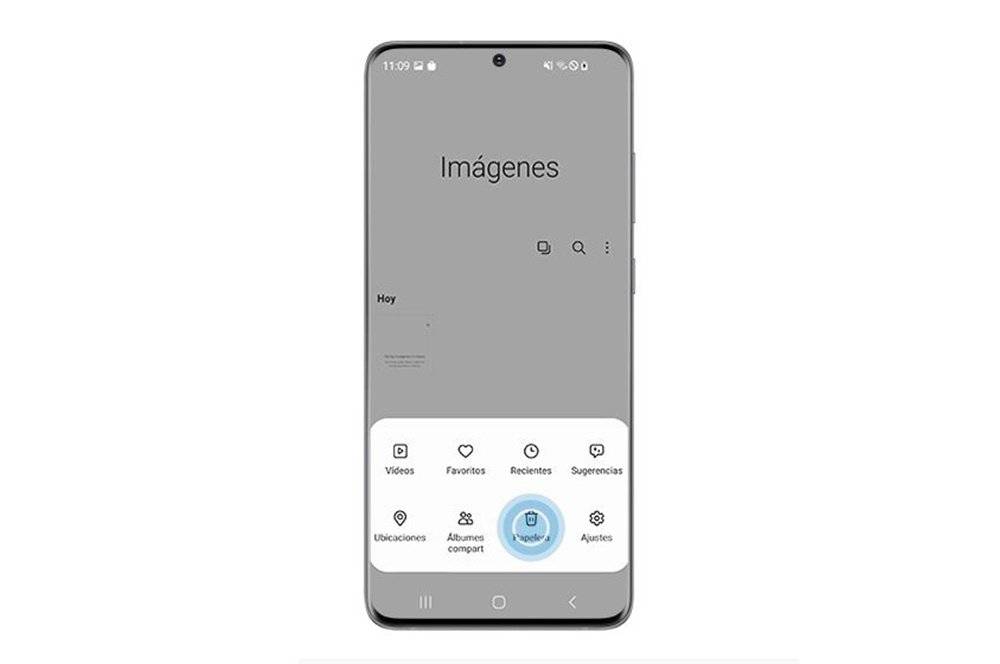 In the case of the South Korean manufacturer, with the arrival of One UI, they introduced a recycle bin within the gallery itself. Although, it is not the only option that allows us, since we will be able to restore those files, such as documents that we would have deleted if we access My Samsung Files.

With this feature functionality that we find in Android terminals, we will be able to rescue those files that we delete before they are deleted forever. That is to say, we are facing a way that is quite similar to how the computer’s recycling bin works.

And, Samsung has its own gallery application, to which we send those images or videos that we have decided to delete. In her, all those multimedia elements accumulate for 30 daysAfter those days, they will be deleted forever without us having the option of recovering them again. So if you want to have them again you will have to follow the following steps: 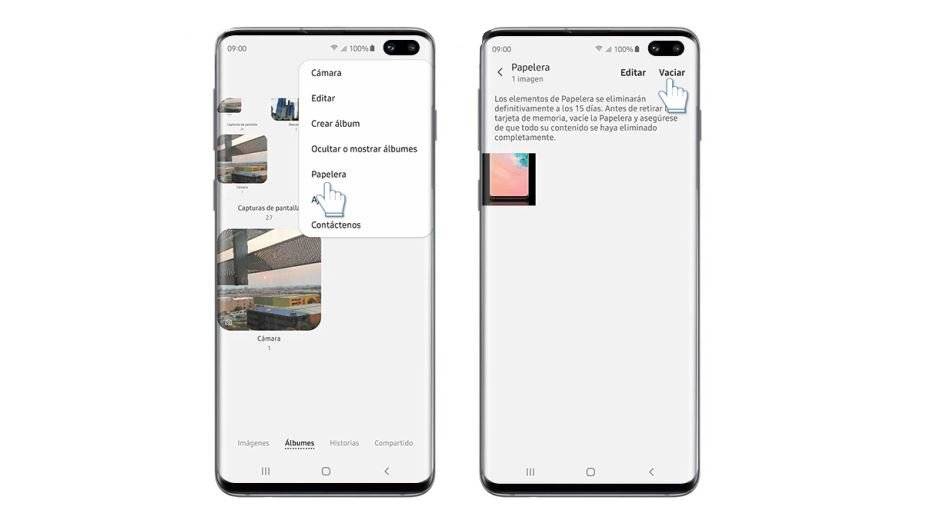 In Samsung terminals, we will also have the opportunity to have those files that we deleted again, although it will not last for 30 days as in the case of multimedia elements. For this, we will count only up to 15 days to restore them from the recycle bin. The steps to follow will be the following:

How to empty it?

Both bins can be emptied, something similar to what we do on our computers, since, despite being in that folder, they will continue to take up space. In addition, not only will it be an additional burden for the internal storage of our mobile device, but also with that extra weight, we can make our terminal end up having a worse performance. So, if you have done a thorough cleaning, you will need to empty this folder as well. The steps to follow will be the following: 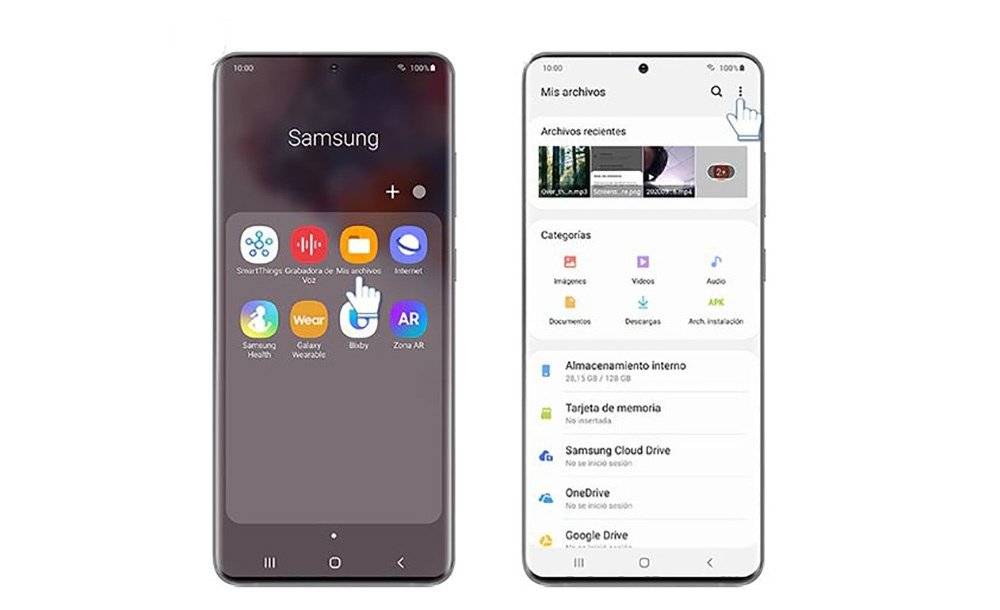 Rescue your deleted messages with One UI

This function has been one of the last to reach Samsung terminals and all thanks to One UI 3.0. Therefore, to have this feature, we must have this version of the customization layer. For those who have not discovered it yet, we can recover deleted messages from WhatsApp or another messaging app, without having to resort to the backup itself within that app.

In case you have a Samsung mobile with One UI 3 or higher, we will make this possible thanks to the function that not everyone knows since it is somewhat hidden: the notification history. To do this, we will explain how to activate it, so that tomorrow you will not have any problems in restoring those important conversations.

Basically, it is a function that offers the system itself to show the history of notifications that we have received over time. So, thanks to it, we can get back that Telegram or WhatsApp messages, among other apps. To activate it we must follow the following steps:

Some totally simple steps with which we can keep a log with all notifications that will come to us. In addition, another extra function that this option allows us is that, if a certain message is registered, we can read it in full without having to enter the message itself. And although in that app there is the alternative of deleting a message, our terminal will have saved it, so you can read it perfectly.

Do all mobiles have this feature? 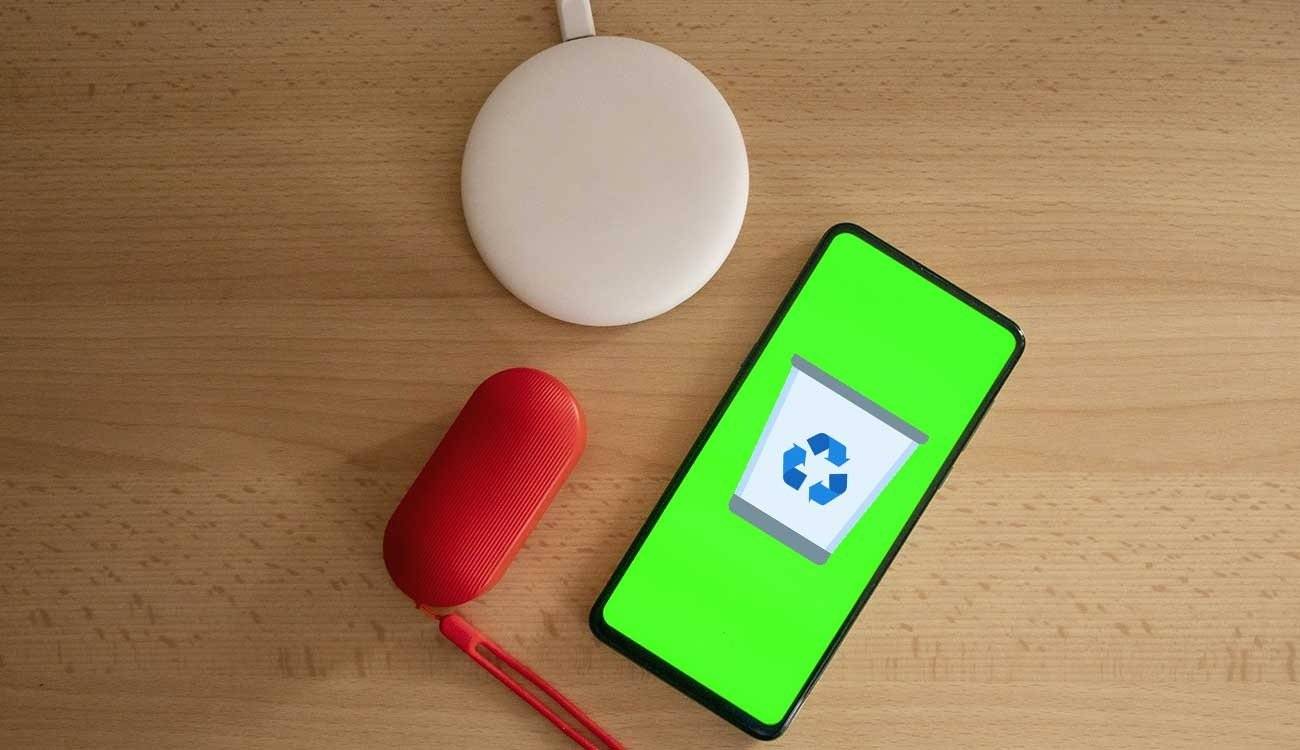 Currently, mobile devices that have the Google operating system do not have a recycle bin that comes by default, as is the case with iPhones. More than anything, and how we have mentioned above, it will depend on the customization layer of our smartphone.

By this, we mean that, depending on the brand of your terminal, you can count on this alternative to restore deleted files without having to resort to a backup. Although the truth is that there are several ways to ensure this same functionality in Android, We can choose the Google Photos trash, Gmail, or Google drive.

In addition, some of the brands that have this function, leaving aside from Samsung and Apple, are for example Xiaomi, Huawei, or OnePlus. So, if you are thinking of changing your mobile to have this recycling bin, make sure that this terminal will have it.