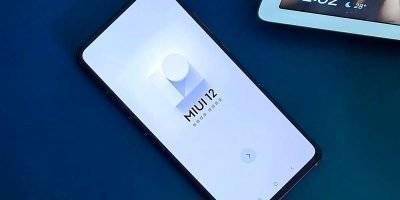 One of Xiaomi’s great achievements is that they have made MIUI even more desirable than the base operating system, Android. When talking about a new MIUI update, users jump from everywhere asking which phones will receive the new version. This is the list of devices that will receive MIUI 12, although they will surely be more.

Since April, many Xiaomi in China has been receiving stable and closed betas from MIUI 12 that allow testing this update.

Those same ROMs have been taken by users from all over the world for the same thing, but they are not final versions. But now Xiaomi has started distributing the first final MIUI 12 ROMs, and you can already install them on your Mi 9, Mi 9T, or Mi 9T Pro before anyone else.

Xiaomi is already updating to MIUI 12 officially, and you can have the update now

The MIUI 12 update for the Xiaomi Mi 9 is already being rolled out in Europe little by little. While the global OTA of the Mi 9T and 9T Pro is receiving the same treatment. These updates are following a classic staggered distribution system, in which availability is gradually increasing.

Consequently, sooner or later you will receive the update officially, and via download via OTA. However, if you are one of those who do not like to wait, then you can install the update package by yourself, and start enjoying MIUI 12 on your Mi 9, Mi 9T or Mi 9T Pro immediately.

How to install MIUI 12 global stable on your Xiaomi Mi 9, Mi 9T or Mi 9T Pro and enjoy it before anyone else

To update your Xiaomi mobile to MIUI 12 you only have to download and install the version compatible with your device. We leave the links below, but we will also leave a series of dimensions, such as that the update has to be done via recovery.

Although these are stable versions of MIUI 12, Xiaomi is increasingly complicating the manual update process. Part of these limitations is that manual loading via sideloading (using ADB and fastboot) is being controlled by Xiaomi through a whitelist in My Account. This means that only authorized beta testers can update, since the company checks from its server, and if you are not on the list, then there is no party.

Therefore, it is almost impossible to update via fastboot if you do not have an authorized account and the unlocked bootloader. But the great thing about Android is that if a door is closed, a window opens, so there is still a way to install these updates, the recovery.

In this case, it will be necessary to install MIU 12 through TWRP, but rest assured, it is not that complicated. Remember that it is always a good idea to back up your data before this type of process.

And if it scares you and you don’t want to make the leap yet, then wait for the official update, and while installing some MIUI 12 applications, or their super wallpapers.

As expected, MIUI 12 brings a lot of new stuff for these three devices, and for anyone else who receives the update. We have an article in which we summarize all the news of MIUI 12, but these are the most relevant:

Are you ready to upgrade?

How To Share Files Between Android and Computer With Nearby Sharing