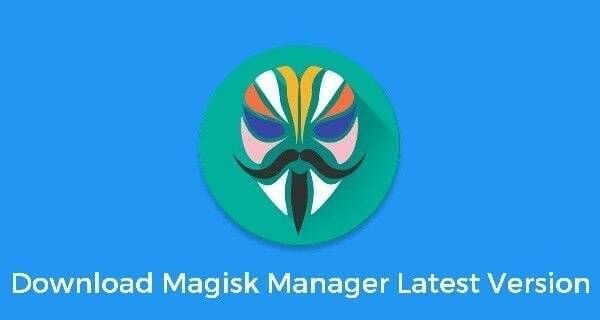 The term Magisk Manager is very familiar to us these days, mostly associated with the word Root. Magisk Manager is the best alternative to the Chainfires SuperSu tool. Many of us still use the SuperSu tool to get root permissions on Android devices, because it’s more popular and everyone recommends this method. But Google has added some security measures starting from Android Marshmallow.

What is Magisk Manager

Magisk Manager is an Android application that helps you manage Systemless modules (which do not change system files) and root privileges. Topjohnwu is the developer of the app and is a high-level member of the XDA forum. Why is it so popular now? Many modules are being developed day by day for the Magisk Manager app. All these modules can be installed allowing the modification of the operating system without going to affect the control of Google Safetynet.

To give a concrete example, you need to know that some apps in the Play Store cannot be run on devices with root permissions. These apps perform a check made available by Google which is called SafetyNet. Exploiting this system, it blocks the execution on modified smartphones. For example, banking applications, Pokemon Go and Netflix cannot be run if root permissions have been obtained.

To run these types of applications, you need to use the Magisk Manager app. By enabling the magisk hide module, you will be able to run any application you need and that normally wouldn’t work on devices with root permissions.

How to download the latest version of Magisk Manager

Install the Magisk Manager app you downloaded from the previous link. If you have never enabled the installation of apps from unknown sources, a pop-up will invite you to do so. Click the Settings button to start enabling unknown sources. 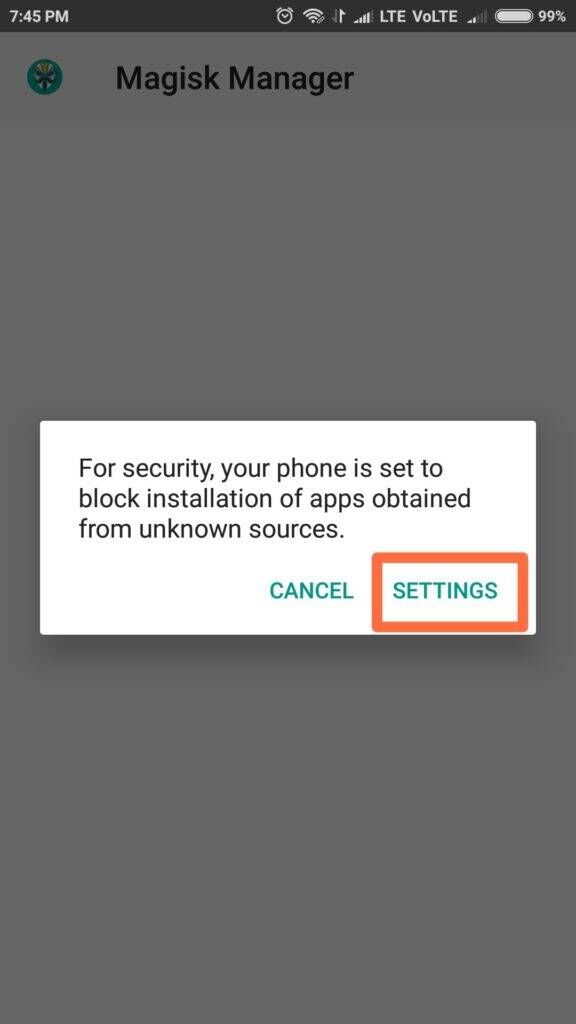 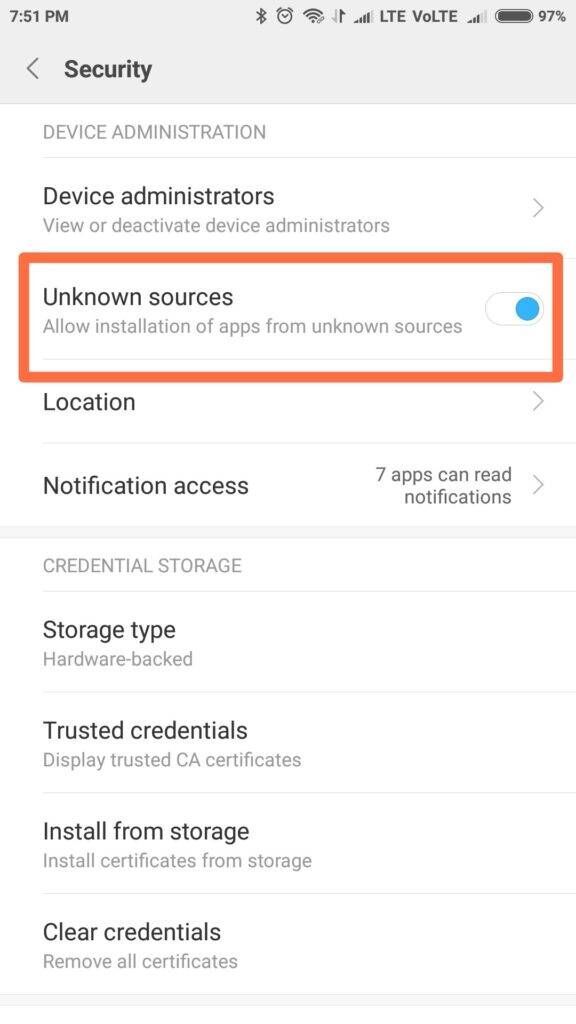 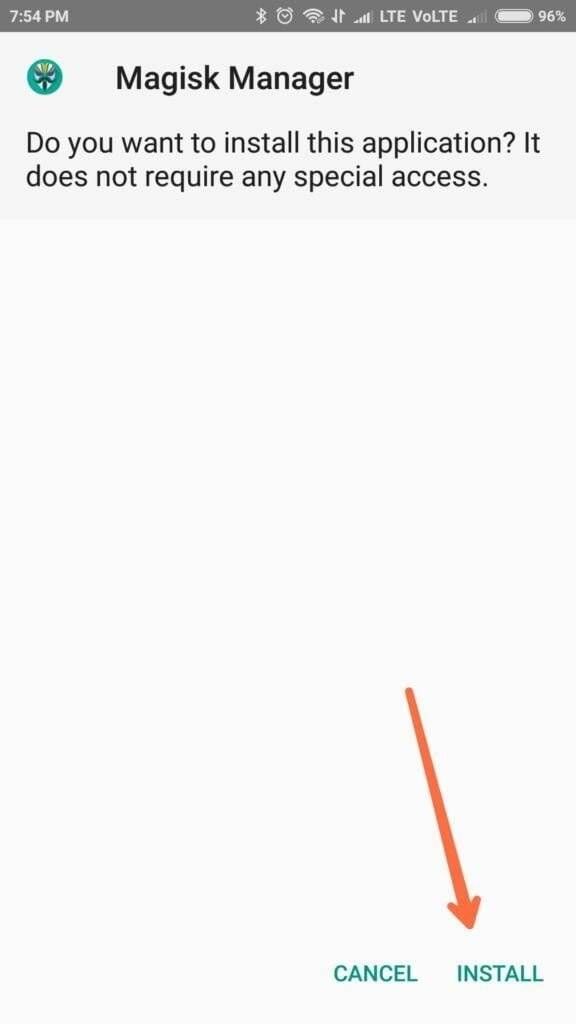 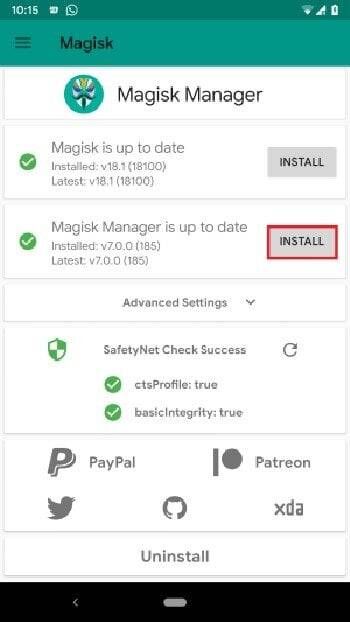 If your device already has the root permissions obtained with SuperSu, you don’t need to do any other step. You can already start using the modules provided by Magisk Manager. If you have never obtained root permissions, continue reading this guide.

How to run Android root with Magisk Su 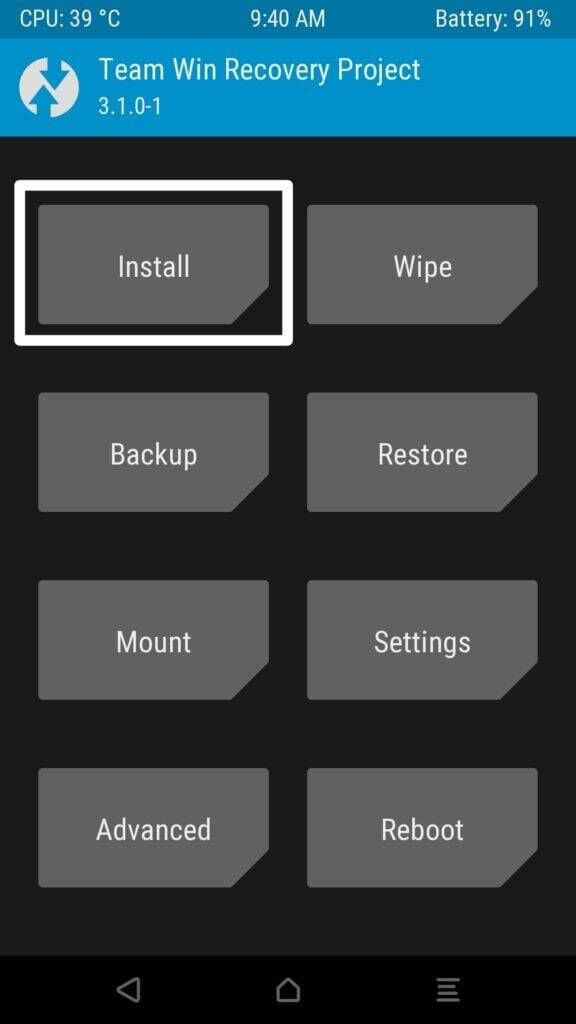 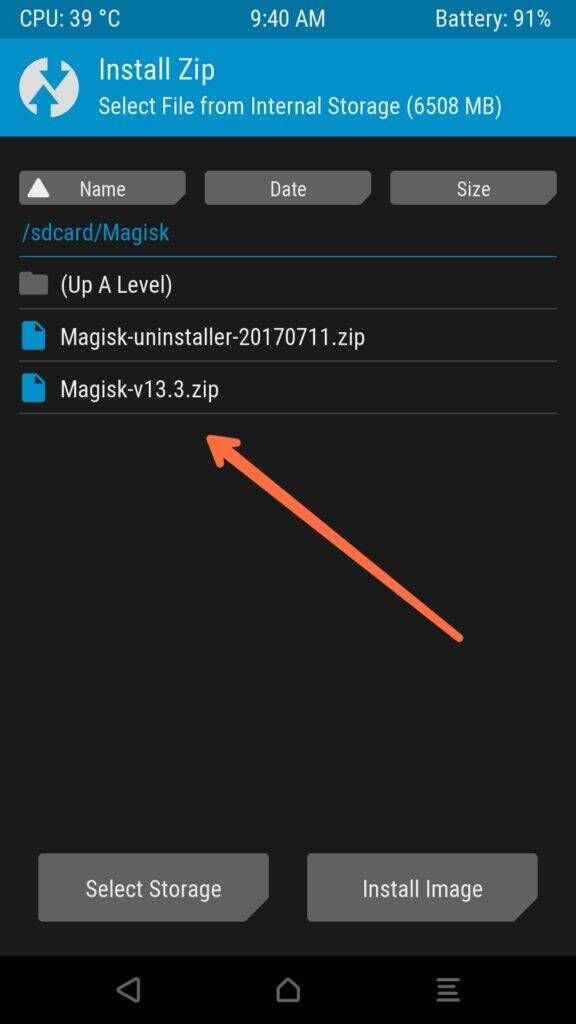 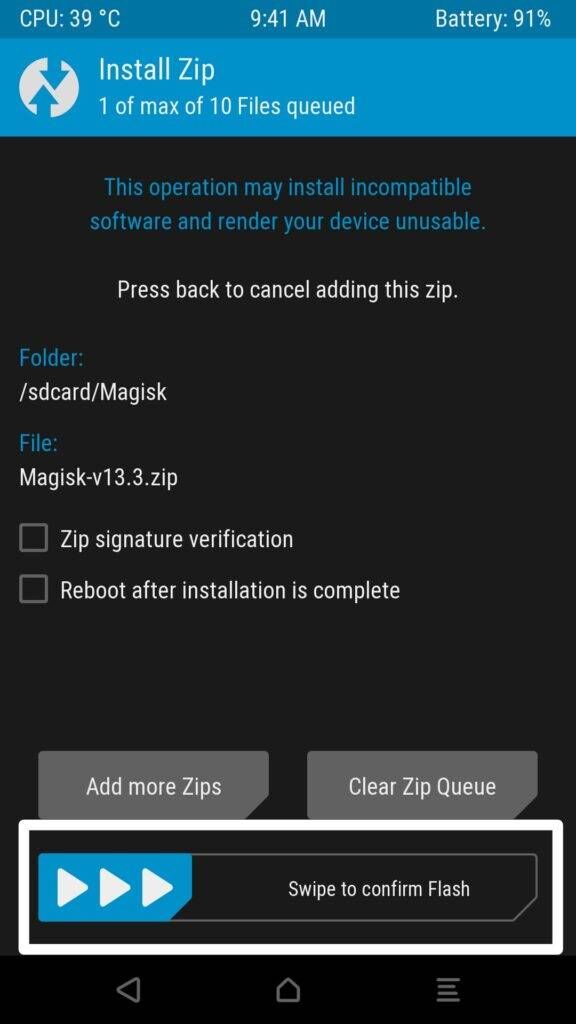 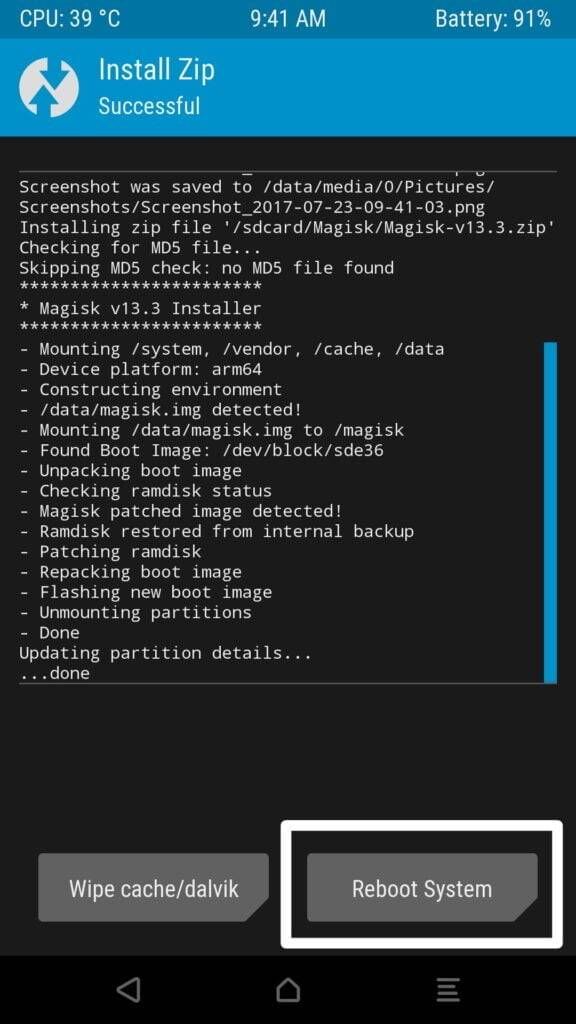 Note: After installation, the device may crash on reboot or in any other circumstances. So, I recommend you download the flashable Magisk Uninstaller zip file that you can download from this link. 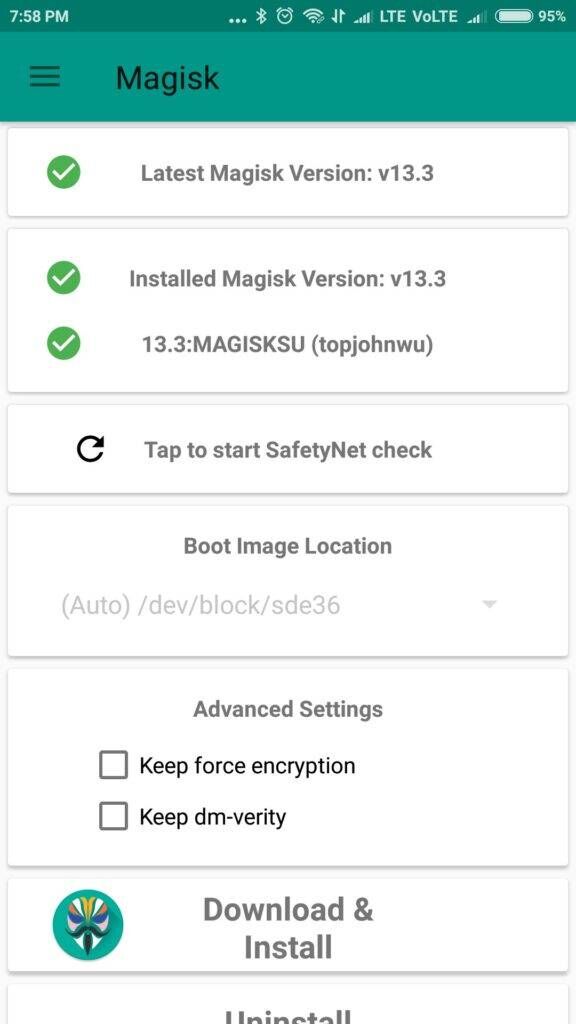 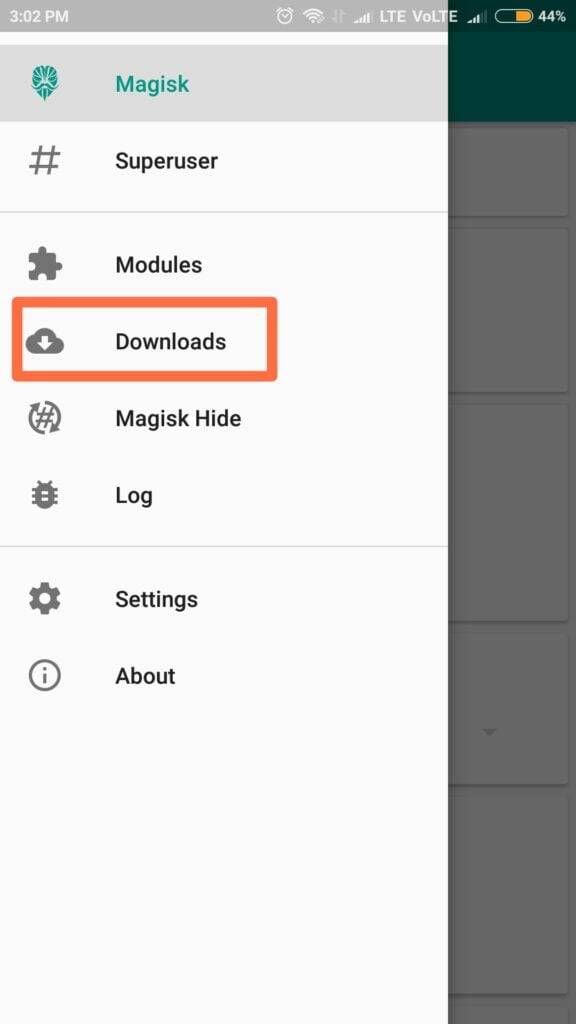 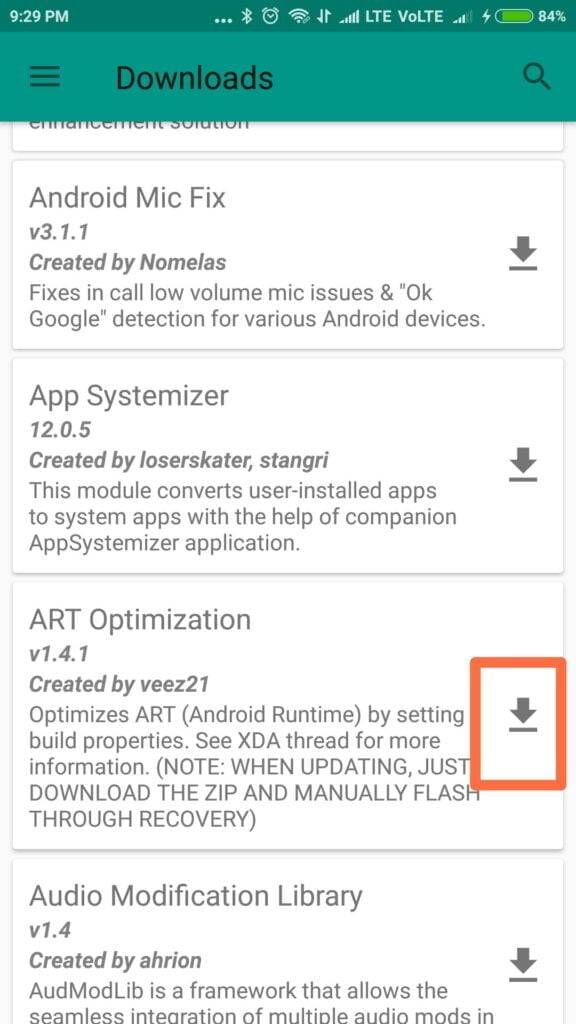