How to create a concept map in Word

If you need to create a concept map and you have a lot of material on your hands and you don’t know how to organize it in a valid way to study it at its best, this guide will be for you and will give you some tips on how to move in the world of concept maps.

A concept map is, in principle, an ordered collection of information to be graphically represented useful for study or research purposes. In general, they are created by those who need to memorize certain subjects better or more quickly, or by those who, on the contrary, already know them and must expose them to others, for example in a presentation or the exercise of didactic activity.

Their conceptual map is not a cure-all for every learning problem, it should be seen rather as a tool to help the memory to reconstruct a mental itinerary to better explain a topic.

There are no absolute rules on how to make a concept map, but some tips like the ones I will give you in the course of this guide can be useful, in which we will also see how to give a digital shape to your map.

How to make a concept map

The starting point for creating a concept map is the organization of ideas: take your notes, your reference book, or the material you are studying from e derive some brief key concepts.

For key concepts, I don’t mean phrases taken here and there, but associations of ideas: for example, if you are studying botany, you could put together all the trees that grow spontaneously in the woods, such as birch or oak; if you are studying history, you must select all the characters who have participated in a certain event (eg a battle), and so on.

In short, you have to divide thoughts into categories, using clear and relevant keywords: the phrase “seawater contains salt” already contains three combined elements, water, sea, and salt, and this means that you will have to put together these keywords which, on their own, will help you to reconstruct the concept that “seawater contains salt”. This is the most complicated step in creating the concept map because it requires you to thoroughly understand what you are studying before moving on to the next job. 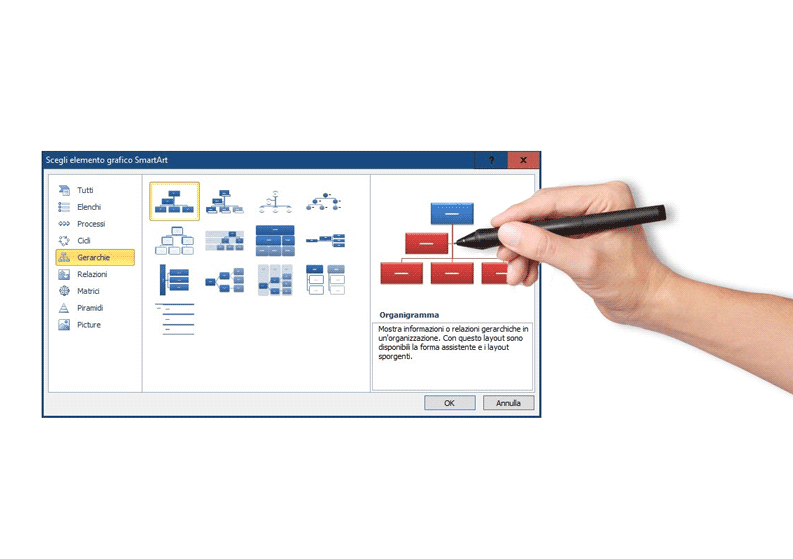 Concept maps are essential of two types: hierarchical and branched. The choice for one or the other model essentially depends on the point of view you take on a given theme, that is, on the way it is structured in your mind.

If you have to talk about the animals that you can find in the woods near your home, grouping them by location, it is clear that there is no hierarchy among the information (for which a branched map would be fine), but if you want to distinguish the animals according to their category, for example, canids or rodents, then the map becomes decidedly hierarchical. In short: you have to be the one to work on the material you have collected to understand how to best organize your map.

Hierarchical concept maps are typically the procedural ones, that is, those that describe processes ranging from a starting point A to a point B of arrival, like a cooking recipe that begins to grease the pan and ends up taking the cake out of the oven.

Another good example is the categories of animals: in the woods, we find rodents such as rabbits and canids such as wolves; or again: Christopher Columbus obtained three caravels from the king of Spain and with them he discovered America. As you can see, in all these cases I can put information in succession, creating a sort of directionality in thought, which is precisely what we call “hierarchy”.

Branched concept maps are excellent for describing complex situations, where there is no hierarchy between topics. A good example can be Geography: if you have to talk about Australia you will have to talk about population, culture, religion, GDP, etc., all topics that have equal dignity and cannot be organized hierarchically.

To create a branched map you can follow this scheme:

You can easily use Microsoft Word (all versions from 2007 onwards) to easily create any type of map with its conceptual nodes, especially the hierarchical ones (which are very good and are also particularly pleased to see).

To create a hierarchical map in Word, access the “insert” And look for the entry”SmartArt“, As I show you here:

Click on it: a window will open with dozens of different and very interesting graphs. We are especially interested in those under the heading “hierarchies“, As I show you here: 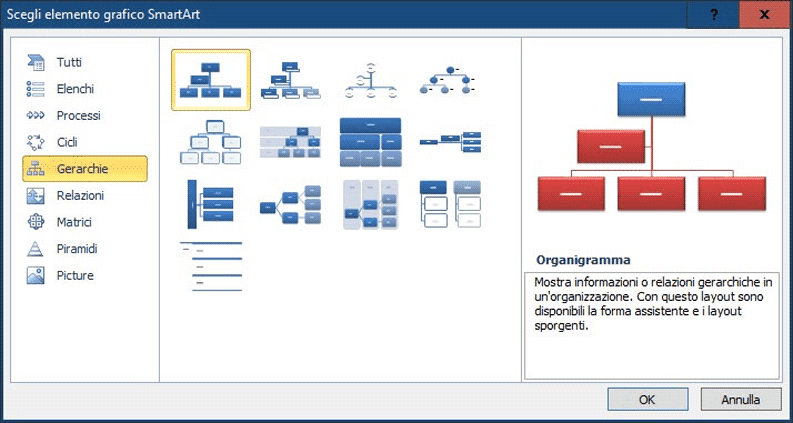 Once you have chosen the model that you like best and that you find most suitable for managing the information you have, you can immediately move on to enter the data in the individual boxes. To add new ones, just right-click on the starting square and click on “Add shape“>”Add shape below“(Or above, in case you need to place an element hierarchically higher than the starting one).

Alternatively, you can use a handy window that shows an organization chart of the graph, and which appears constantly on the left of the screen:

The result, taking up our example on the “wood under the house“, will look like this:

But in Word it is possible to create if desired, also branched maps using various geometric shapes. Always from the tab “insert“You can in fact select the item” Shapes“, And insert rectangles, circles, and arrows freely on the sheet.

Going back to our example on Australia, here is the result you could get:

Below, if they may interest you, I would like to point out some useful articles on Word and the Office package in general, as well as the best alternatives: