How To Control Android Phone By Voice 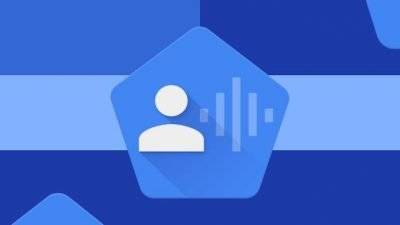 Thanks to the presence of Google Assistant or other assistants, we can perform various actions on the device simply using our voice, without the need to touch the screen or use the buttons on the phone. You can also completely control the phone with your voice.

How to control Android phone by voice

There are several options for controlling the phone with your voice. Here we show you how to control your Android phone using your voice. We will use a Google application, called Voice Access, which allows us to do it easily and which has been present on Android for years.

Voice Access is an application launched mainly to facilitate the use of an Android phone for people who have difficulty using the touchscreen of the same, as can happen in case of disability or in case of temporary injuries. This application allows voice control of the phone.

Thanks to the application, it will be possible to have navigation functions  (such as asking to go back or go back to the main screen), you can interact with the elements on the screen (scroll, click Next …) or ask to write something. All this without using the screen and of course your hands, controlling your Android phone with your voice in this way.

Voice Access can be installed for free on Android, compatible with all phones from Android 5.0. As with other Google apps, there are no purchases or ads within the app.

After installing this application on your phone, you need to enable or activate it to start controlling your phone with your voice. The steps to follow are not complicated, we just have to do this:

These steps allowed the app to work on the phone. The voice access application itself shows the commands we can use to control an Android mobile phone with our voice. To allow us to use the application on the phone, we will have to grant the required permissions.

If at some point you don’t know very well which command you have to use,  you can ask the “Show commands” application and in this way, you have access to all the commands that you can use with Voice Access and therefore be able to control your Android phone using your voice. As you will see, applications have a number, so if you want to open one, you just have to tell it the corresponding number.

Voice Access works in several languages, including Italian, so you won’t have any problems with your phone. Those who use their Android mobile phone in other languages ​​(English, French, German …) will have no problems. The operation is the same and the controls are adapted to each language in which the device is used.

When using messaging applications, such as WhatsApp, which is surely the one that most people have installed on their phones, we can also use voice commands to use it. Although in this case Voice access will not be used, the Google Assistant is used to control the app and send messages or make calls thanks to it.

In order for this to be possible, you must activate the assistant on the phone and then use one of the commands necessary to be able to send a message on WhatsApp. There are several useful commands in this regard, which will allow easy use of the wizard to send messages:

How to restart an Android mobile if touching screen not…