How to Change Siri Language and Voice on iPhone, iPad and Mac

You can ask Siri anything from simple questions about the weather to more complex questions about everything from sports scores to the number of calories in food. Siri can also change settings, find content, set alarms and reminders, make phone calls and send SMS, and much more.

If you don’t know how to change Siri’s voice on iPhones, Macs, and even iPads, this article is for you. In each country, Siri’s default voice is different. However, you can change the preloaded language as well as the accent itself on your device with ease. Let’s see how to change Siri’s voice on different Apple devices like Macs, iPods, and iPhones.

On your iPhones and iPads, go to Settings. The next step is to navigate to Siri and Search. Just click on Language once you have arrived to select your preferred language and voice combination. Also, under the Siri Voice section, you can change your gender and accent. However, it’s worth noting that the options available depend on the primary language you’ve selected. In Portuguese, there are only 2 voices in PT-BR.

‎Likewise, you can adjust Siri’s voice volume by simply saying “Volume Down” or “Volume Up”. Alternatively, you can use the physical volume buttons. According to the iPhone User Guide on Apple’s ‎ ‎support page ‎ ‎ , you can even train Siri with your voice. All you need to do is go to Settings, navigate to Siri and Search, then turn off Hear “Hey Siri.”. Now turn on “Hey Siri” again.‎

Change Siri’s Voice on an iPad

Changing Siri’s voice on your iPad is a simple process.

In addition, they must select a language in which they are proficient. Those who choose a foreign language purely for the sake of entertainment may have difficulties completing a task. Also, selecting a different language may impact HomePod features such as custom orders and voice recognition.

Change Siri’s Voice on a Mac

If you have macOS Sierra or newer, the process is similar to iOS:

How to activate Siri?

Siri can be activated on an iPhone or iPad by pressing the Home button on compatible models or the Side button on devices without a Home button. Siri appears as a small icon at the bottom of the device screen in iOS 15 on iPhones and iPads.

On Mac, press and hold the command key and spacebar, or the Siri app icon in the Dock or the Top Menu bar. You can activate Siri on a Mac with Touch Bar by pressing the Siri icon on it. With a “Hey Siri” command, they can activate Siri on MacBook Air and Pro models, as well as on the iMac Pro. 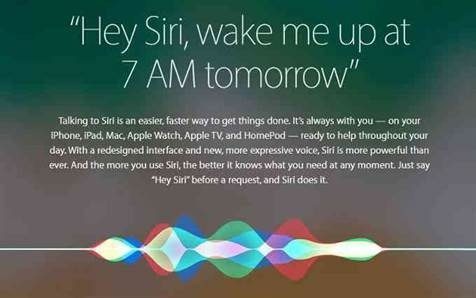 To activate Siri on Apple Watt, say “Hey Siri”. There is a Raise to Speak feature on Apple Watch Series 3 and newer with the latest version of WatchOS that allows Siri to respond to commands without using the words Hey Siri. Just place the watch close to your mouth and issue a command. By pressing and holding the button, Siri can be called.

To activate Siri on the HomePod, say “Hey Siri” or press the top of the HomePod.