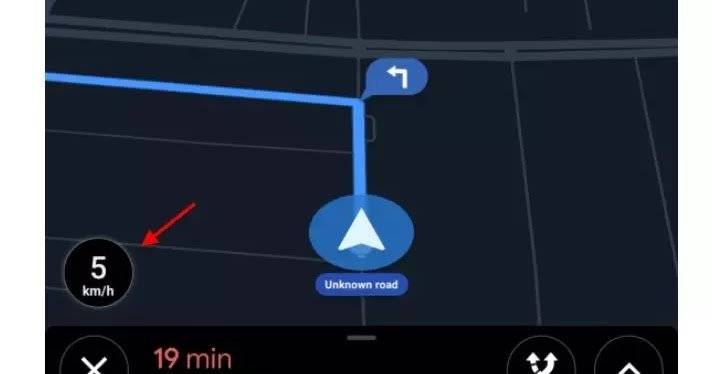 Google Maps becomes more complete, not only as an app to discover places and places but also as a satellite navigator, with new functions that are added continuously.

Among the information provided during a trip by car, we can view and check the traffic situation in real-time and also the location of speed cameras.

What was missing so far in Google Maps, which instead is a normal indication in every GPS navigator, was a speedometer that showed us how fast we are going precisely and always in real-time.

Now, this feature has been integrated into Google Maps, and finally it is possible to see on the screen, during road navigation, the odometer. Also, by installing an external app, you can add the speed limit indication on each road.

Activate the speedometer in Google Maps

In the latest version of Google Maps (tested on an Android smartphone, but also available on the iPhone), the speedometer should already be enabled by default.

If it does not appear in navigator mode, while driving along the recommended route, you can check whether the option is disabled.

Then go to “Settings” from the menu with three lines at the top left, then up Navigator settings, scroll down until you find the switch on the Speedometer, and for activating the odometer display, to turn it on.

After enabling this function, try to start navigating to a place to see the speedometer inside a circle at the bottom left, even if you are standing still, with a number indicating the speed in Km / h.

The speedometer is very useful on its own and it is even more useful since you can also see the Google Maps speed limits of the roads, to check if they are not exceeding and with the speedometer that turns yellow and then red when the speed limit is exceeded.

After installing Velociraptor it is necessary to provide all the permissions it asks for and then let it overlap on other apps, which can detect the position and which can start automatically with the Maps apps such as Google Maps and Waze (in the options you can configure which apps can automatically start Velociraptor).

If you want, you can configure other apps to bring up the speedometer on your Android smartphone, even without opening Google Maps.

In the Velociraptor settings, you can activate the speed limit and instead deactivate the speedometer which is no longer needed since it is already included in Google Maps.
The app also works with Waze and Here Maps, although these are applications that already provide this information.

It is certainly excellent to activate Google Maps. In the settings, you can activate or deactivate the audible warning, change the unit of measurement from miles per hour to kilometers per hour, and choose when to receive a speed warning for exceeding the limit.

At this point, you can close the application and open Google Maps where an image will appear with the speed limit sign detected on the road where you are. This image can be moved on the screen to the position you prefer.