How To Activate Hidden Themes Of Android 10 Sony Xperia 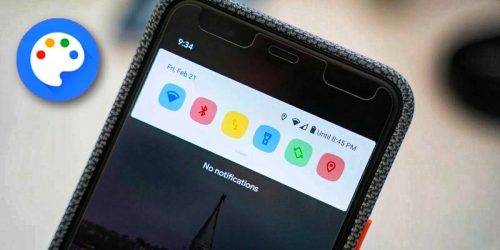 One of the great advantages of having a Google phone, a Google Pixel, is to be able to enjoy the applications that the big G creates exclusively for your devices.

The best known of all is probably the GCam, but there are also others like the Pixel recorder. These apps stand out for getting all the juice out of smartphones, providing very useful functions for the user.

Another good example of what we are talking about is the Pixel Themes app, which debuted in the Google Pixel with the arrival of the Pixel 4 and Android 10. This application allows you to customize the theme of your Google Pixel, modifying the color of the interface, the font, the shape of the icons, etc.

Interestingly, despite being an exclusive Pixel app, part of the Pixel Themes code is present in the Sony Xperia with Android 10. So, if you have a Sony mobile, see below how you can activate these hidden Pixel themes on your Sony Xperia.

If you are wondering why only the Sony Xperia has Pixel themes hidden, it is because Google created this app using Sony’s Overlay Management Service (WHO) as a basis. So it makes sense that part of the Google Theme app code exists in Sony’s Android 10 firmware.

And we say “part of the code”, because the Pixel Themes user interface is not present in the Sony Xperia. That means, to activate these hidden themes, you will have to do it manually using ADB commands like this:

That’s it! In this way, you can put a theme on your Sony Xperia completely personalized and in the best style of the Google Pixel. In theory, this trick works on any Sony phone that has officially upgraded to Android 10 (without third-party ROMs).

Therefore it should work on the Xperia 1/5, Xperia XZ2 / XZ3, Xperia 10/10 Plus, and Xperia 1 II. Anyway, if you have one of these mobile phones and still can’t activate the hidden themes, let us know so we can help you.

Which is the best FPS ? Call of Duty Mobile vs PUBG Mobile vs Fortnite