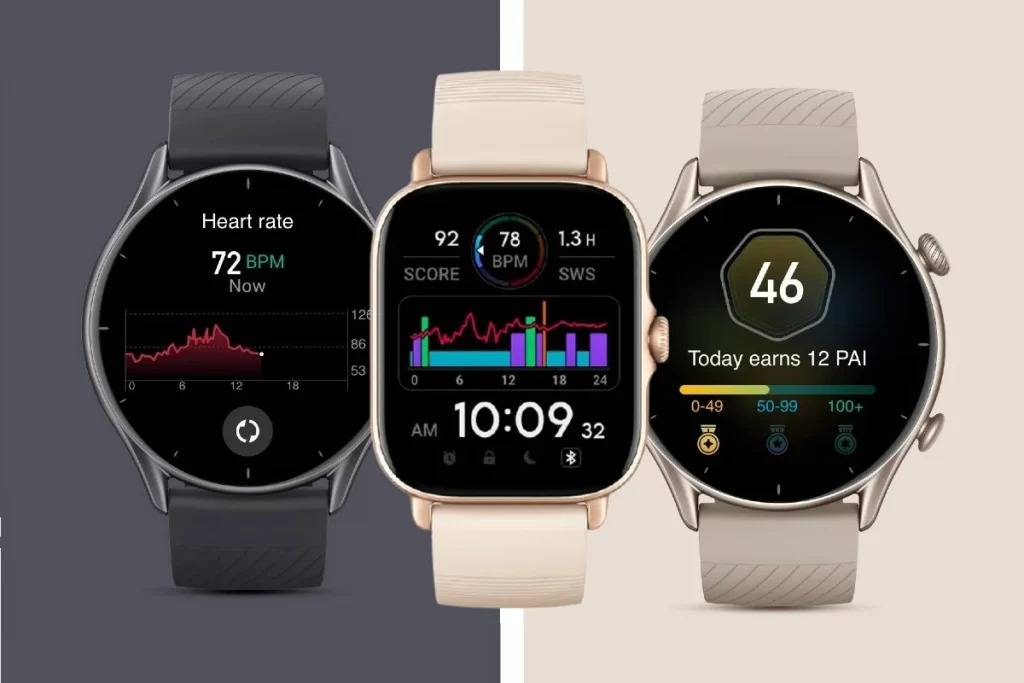 The new Amazfit GTR 3 and Amazfit GTS 3 smartwatches come with an updated design and new features, including a new operating system called Zepp OS that brings support for applications, among others. There is also the third model which is the Amazfit GTR 3 Pro which has been added more features.

What is the difference between Amazfit GTR 3, GTR 3 Pro, and Amazfit GTS 3?

Amazfit GTR 3, GTR 3 Pro, and GTA 3 are nearly identical smartwatches in terms of basic functionality. The biggest differences are in appearance. The main difference between the three new Amazfit watches is the design.

As mentioned, the new Amazfit smart watches are packed with a range of health tracking features that monitor heart rate, blood oxygen saturation (SpO2), stress, and sleep. In addition, they have a PAI health assessment system and can track menstrual cycles. They also come with over 150 sport modes and can automatically recognize 8 sports – outdoor running, indoor walking, walking, treadmill, outdoor cycling, rowing machine, elliptical, and swimming in the pool. The Amazfit GTR 3 Pro, Amazfit GTR 3, and Amazfit GTS 3 are water-resistant to 5ATM (50 meters).

All three smartwatches are compatible with smartphones running Android 7 / iOS 12 or later. Smartwatches can be controlled via the Zepp app. The Amazfit GTR 3 Pro has Bluetooth v5, while the other two have Bluetooth v5.1 BLE. The GTR 3 Pro and GTR 3 have a two-button layout, the top one being a crown that can be used to navigate the interface. The Amazfit GTS 3 features a single-button layout. 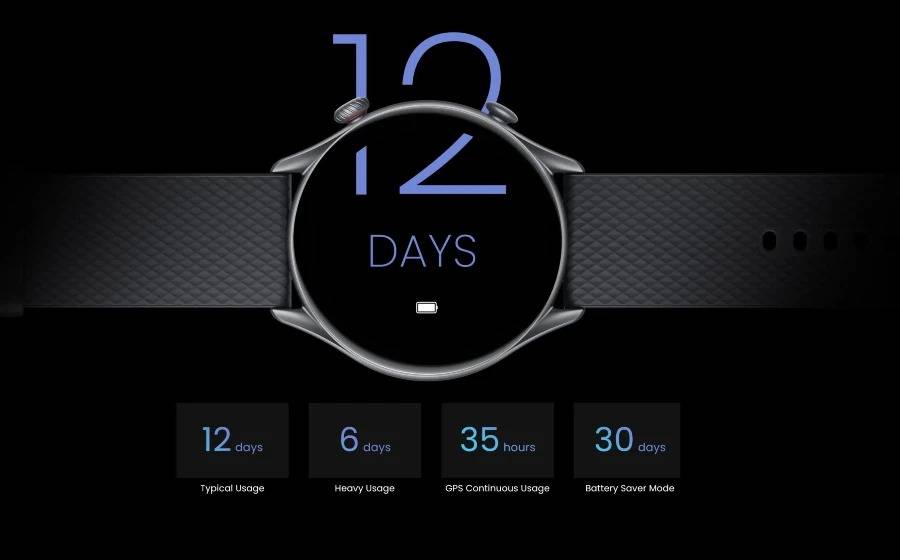 According to Amazfit, the 450 mAh cell provides up to 12 days of uninterrupted battery life on a single charge. Now, I’m not even going to compare that to the Apple Watch 7’s 18-hour battery life, but I’ll mention that the Garmin Venu 2, one of my favorite fitness trackers at the moment, has an ‘up to 11-day battery life. . And I was very surprised by this, not to mention the 12 days the GTR 3 Pro has to offer.

Even more surprising, the GTR 3 Pro has an impressive 70.6% screen-to-body ratio and weighs just 32 grams. There are two physical buttons on the edge of the case, a watch crown and a button below. The watch itself is fully touching compatible. A nice feature is the “easy 4 in 1 health measurement” option. It measures four health metrics (heart rate, blood oxygen, stress level, and respiratory rate) in just 45 seconds, thanks to the built-in 6PD (photodiodes) BioTrackerTM PPG 3.0.

We will have to wait and see if that is necessary. There is some internal storage, not much, but enough to store up to 470 songs, according to Amazfit. There are also over 150 built-in sport modes, although I’m sure most of them are a variation on a theme, we can assume the basics are covered. You also get built-in GPS (five satellite systems), voice control (Offline Voice Assistant to open a sport mode or health feature), advanced sleep and menstrual tracking, and much more.

Which one to choose? GTR 3 with a round screen or GTS 3 with the square screen?

The Amazfit GTR 3 is the lightweight version of the GTR 3 Pro, but thanks to the slightly smaller screen size (1.39”), the same battery that powers the main clock offers an even longer lifespan: up to 21 days in the case of the GTR 3. The GTR 3 doesn’t have a speaker, Wi-Fi, or music storage, but it has all the other perks of its big brother, including 150+ sports modes, automatic sports recognition, and more. The screen resolution is almost as high as that of the GTR 3 Pro (326 PPI versus 331 PPI).

The Amazfit GTS 3 has a squared display and this version boasts the most impressive screen of the lot: a 1.75-inch ultra HD AMOLED screen with a resolution of 341 PPI. The watch’s square face is an obvious nod to the Apple Watch and reminiscent of the Amazfit GTS 2e, a watch I liked. The GTS 3 looks even more competent than its predecessor, which is great news. Not to mention it’s also very cheap.

Amazfit GTR 3 GTR 3 Pro and GTS 3: smartwatches for workouts and many more

The new Amazfit smartwatches display phone notifications as well as the results of measurements taken by various internal sensors. They monitor pulse, blood oxygenation, stress, and respiration – accurate measurement of all four parameters at the same time takes just 45 seconds, thanks to BioTracker 3.0 technology. It also had the function of monitoring the time and quality of sleep.

Both GTR 3 and GTR 3 Pro or GTS 3 support over 150 sport modes (60 more than their predecessors), and 8 disciplines can be detected by themselves. They also use a new GPS chip that should be 20% faster and 40% more accurate. The set is complemented by mini Zepp OS system applications, such as a calendar, calculator, notebook, or tea time counter. Amazfit GTR 3 Pro also allows you to make voice calls. It is noteworthy that the watches are compatible with services such as Apple Health, Google Fit, or Strava.

As stated before, the three smartwatches have support for over 150 sport modes, a significant upgrade from the 90 sports models supported by their predecessors. The manufacturer also added an eSports mode that tracks your heart rate and other biometrics when playing video games. The new smartwatches also support automatic 8-sport recognition through a feature called ExerSSense. There is still support for GPS and Zepp Health says there is a new GPS chip that is not only 20% faster, but 40% more accurate. The chip supports 5 satellite navigation systems including GPS, Galileo, GLONASS, Beidou, and QZSS. 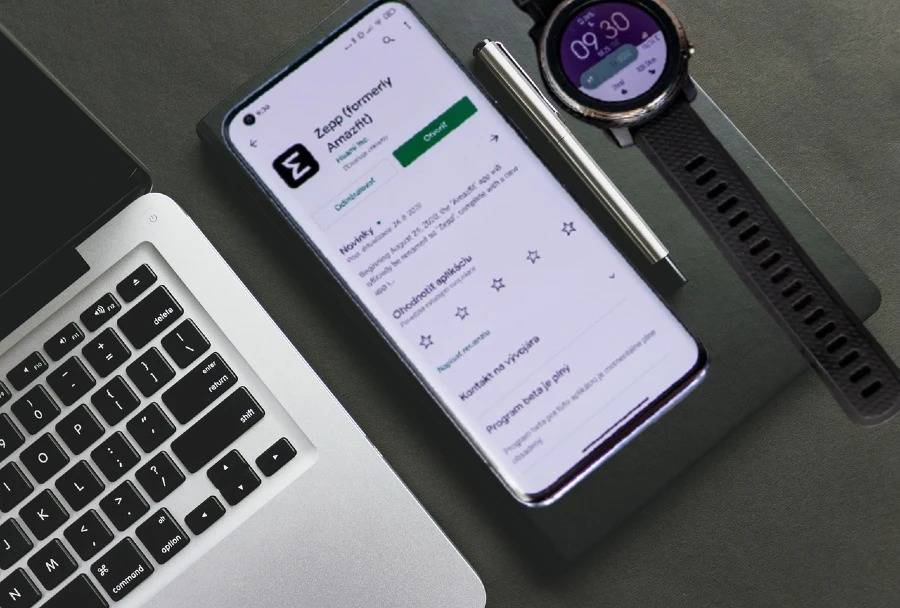 Zepp OS is the new operating system that powers the new smartwatches and replaces the old Amazfit OS. Among the new features, it brings are new and faster animations up to 60fps and application support. There are more than 10 applets bundled with the smartwatches, such as a water intake app, calendar, calculator, and a third-party Home Connect app that allows users to control smart appliances from their wrists.

Zepp Health says there will also be an app that will allow users to control their GoPro cameras using the watch. The manufacturer says there will be a web-based app developer kit for developers to design their watch faces and apps for the new smartwatches.

The Amazfit GTS 3 and GTR 3 models have silicone wristbands and cost around $179.99. The GTR 3 Pro model, on the other hand, is priced at around $229.99, and it comes with a leather strap, the values ​​quoted are in the Amazfit store. In all three cases, there are several colors to choose from.

The materials don’t look as colorful as on the Amazfit GTR 2, and the display itself looks like it belongs on a more expensive smartwatch. The biggest improvement, however, was the Zepp app. The metrics are displayed more naturally and there are not as many bugs or errors in translation. Finally, let’s add that the GTS 3 and GTR 3 Pro work for up to 12 days between charges, and the basic GTR 3 – up to 21 days.