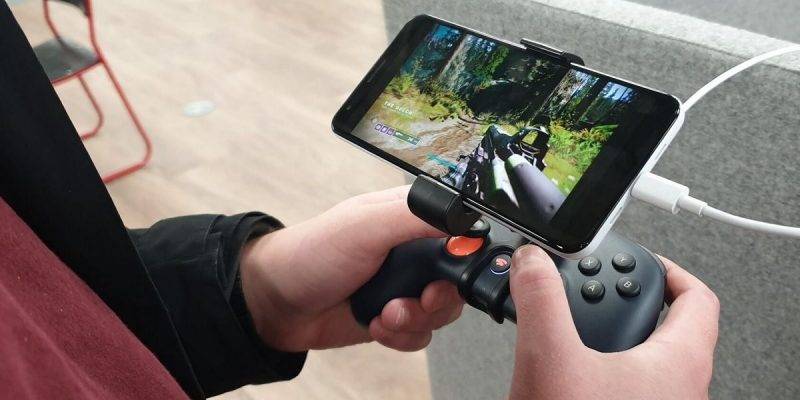 Playing in the cloud is something that, for a long time, we have known is going to come to stay. Although Stadia is not the most used video game platform, its innovative idea is something that is gradually gaining momentum.

However, Apple does not appear to have reached an agreement with Google or Microsoft, as Google Stadia and xCloud Gaming will not work on the iPhone and iPad.

What happened here and what will be the future of the apple company? At the moment, the picture looks pretty bleak for Apple users. Well, the main problem is that these cloud services do not comply with the strict regulations of the App Store, and accessing these regulations could be counterproductive for Google and Microsoft.

As you just read, the problem lies in how cloud gaming service works. Since the person pays for access to the service itself, and this allows you to enter free games (or pay for others) from the cloud.

This makes Apple not know what the user is buying (or playing) on their devices, because they cannot check them beforehand. In addition, the company on the block cannot see any income to these services, since the customer is simply accessing a subscription service that they already paid for and not a game that Apple has previously reviewed.

Microsoft stated that “our trial period for Project xCloud for iOS has expired. Unfortunately, we don’t have a way to bring our vision for cloud gaming to iOS users.

” In addition, he made it known that the problem is Apple’s responsibility, since “they treat games differently and apply more lenient rules to applications that are not games .”

Despite Microsoft’s statements, Apple hides that the  App Store was created to be a safe and reliable place for all its customers (users and developers). Keep in mind that before apps enter the App Store, Apple reviews and judge them according to its regulations designed to ensure the safety of its customers.

Some of the rules that the App Store has and that makes it impossible for Google Stadia and xCloud Gaming to be available for iOS are:

So, the first point is missed because the cloud servers that the games run on are not owned by the users and are not located in their homes.

The second point is complicated since Google and Microsoft are not going to offer a registration option within Apple. Since doing so, this would mean a loss of 30% of subscription revenue. But if it stays the same, not having the option to create an account would violate this regulation.

And finally, Apple says that customers who are subscribed to a cloud service cannot exist within the App Store because they are not “convenient. “

What is the future of the cloud gaming service within Apple?

For now, iOS users will be missing out on all the cloud games that will arrive with the launch of xCloud (September 2020). However, Microsoft has said that it is committed to finding a way to bring its cloud games to the iOS platform.

It sounds a bit hopeful to think that Google and Microsoft could find a way to avoid breaking the App Store regulations. But it is something difficult to believe, as well as to think that this is going to happen in the short term since both services should modify their operation

5 ways to restart iPhone If won’t turn on