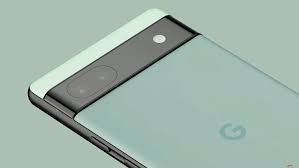 The Pixel 6a hasn’t made good headlines. The phone’s broken fingerprint security prompted early negative reviews. Google seems to have improved and fixed known issues in the September update. If it fixes the problem, we’ll know from reviews. The update fixes Android 13’s battery drain.

If you have a Pixel 6a, check Settings for the update. As this is a batch rollout, reaching all eligible devices will take time. After receiving the OTA update, download and install it. Make a backup and charge your Pixel 6a to at least 50% before updating.