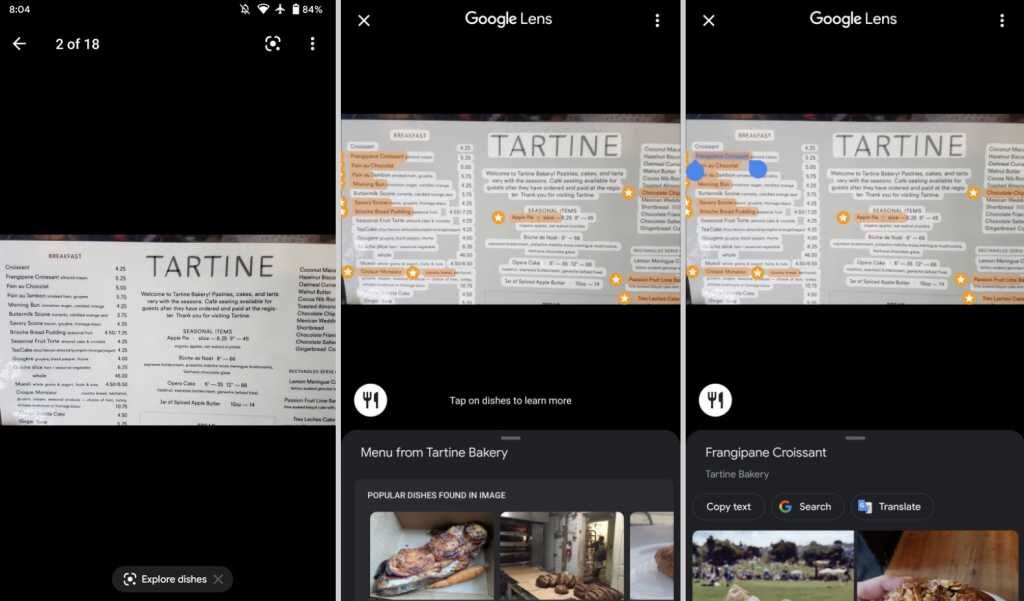 In Google I / O of last year, the Californian company announced a very interesting new function, but we have not been able to see so far. The ability to scan letters directly with Google Lens from your maps.

Thanks to this feature, users can open the Google Lens option and scan the restaurant’s physical menus for additional information, such as popular dishes or the ones they like most in general. And from now on its just one click from Google Maps.

As surely you all know, Google Maps is a great tool, very useful for all kinds of things that have to do with places. But more and more, we are seeing more functions related to bars and restaurants also very useful, such as knowing the busiest hours or even seeing the dishes they serve.

Also now, you will have the option to “Explore the dishes”, when someone has already uploaded the photo of the menu, which will greatly simplify the choices of the places where you can eat.

In addition, from the photos themselves, you can find the most popular dishes as you can see in the photo of these lines, as well as see other information about the dishes if you click on them.

You can also find an icon of the Lens in the upper right corner when if you want to scan the physical menu while you are in the restaurant.

This is a great example of how Google integrates its applications in a useful way. People already use Google Maps for restaurants, so it makes perfect sense to add this feature of Google Lens.

At the moment, we still do not have it, but the launch is being made right now for each account so we should have it soon.

How To Fix The Server Error in the Google Play Store