Google already has its AirDrop clone, it’s called Nearby Share and this is how it works 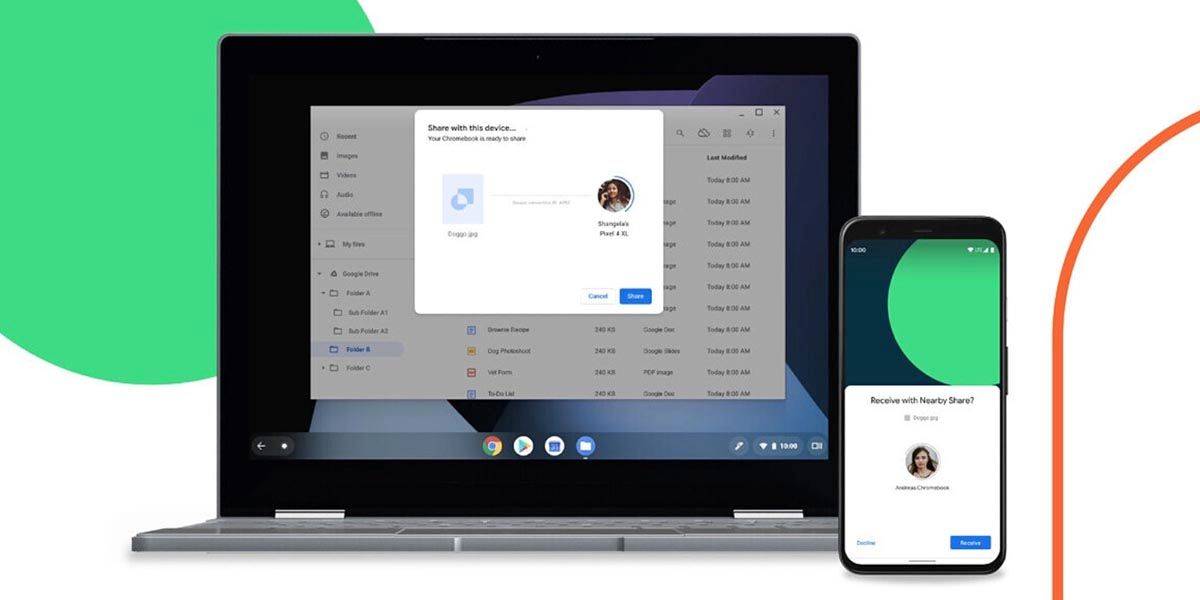 Yes, oddly enough, we are in the middle of 2020 and talking about a feature that should be in Android for years. It is true that Google’s operating system has very good things but not facilitating the exchange of files between mobiles quickly has been one of its great gaps until today.

The era of Bluetooth has been buried thousands of years ago and users need technology that allows them to share files quickly and conveniently.

This feature is called Nearby Share, and it’s basically a copy of Apple’s AirDrop. This way of sharing files will begin to reach Android mobiles (from Android 6.0 onwards) from today and it will be a matter of weeks before almost all of us who have an Android mobile can use it.

Nearby Share is available for Android users and allows file sharing also between PCs (using Google Chrome), although this is not yet officially available. It will also be compatible with Chromebooks in a few weeks. What we do not know is if in the future it will also come to iOS (at least integrated into Chrome).

The operation of Nearby Share is simple. A few days ago we explained how it worked but we are going to refresh your memory.

In addition, Nearby Share allows you to choose who shares files with you and encrypt the files you are going to share. It is also focused on privacy and allows file sharing anonymously.

The tool uses the best available communication protocol: Bluetooth, Bluetooth LE, WebRTC, or WiFi Direct. The files arrive quickly and everything will depend on the technologies used to transfer them.

Google has assured that it is already reaching Google and Samsung mobiles that use Android 6.0 Marshmallow or higher. We hope it will be available to everyone soon.

How To Use And Activate Chat Bubbles on Telegram

How To Choose LED Bulbs Suitable For Your Home