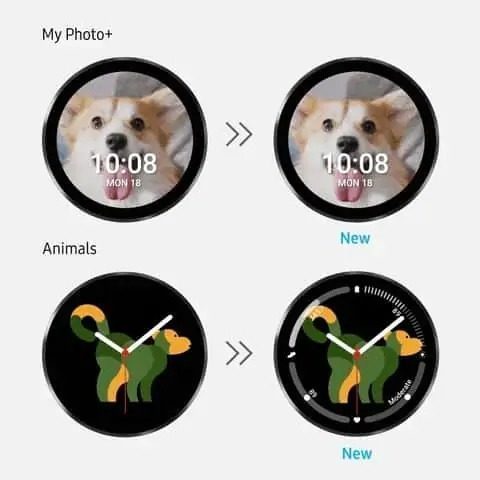 Since the time of release, Samsung has released some software updates for the Galaxy Watch 4. However, none of them have added significant functionality. Now that has changed, as the Korean giant has released a major update for the two new wearables. Right from the start, we have new dials, a new gesture control function, and improvements in the fall detection system.

This update, for now, has started to reach equipment located in South Korea, but it will reach more regions in the next few days.

As I mentioned above, one of the changes is the addition of new dials, but in reality, there is another detail that is also worth mentioning. So, we now have an option that allows us to use GIFs as displays.

In addition, this update includes a fix for a heartbeat tracking issue that was present in the previous version. Such drop detection has also been improved with a new sensitivity option. 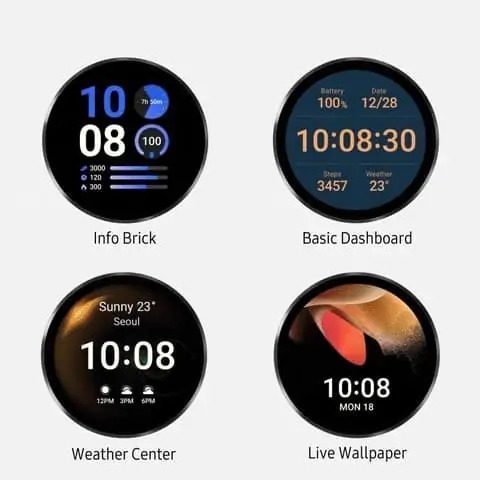 Other new features include a new button to turn off the microphone in calls and improvements in Emojis.

The update arrives with version R8**XXU1DUJA and has a dimension of 477 MB.

Did you know that there is another Galaxy Watch 4 that costs 800 Euros?

The design queen in the Android world is undoubtedly Samsung. An excellent example of this is what this manufacturer can do in smartwatches. That said, we have the equipment, since the first Galaxy Watch, with a truly interesting design. However, there is always room for the better. Is that despite the Galaxy Watch 4 Class being one of the most attractive Android smartwatches and even having a good price-quality ratio, it is possible to go further and develop an even more beautiful device.