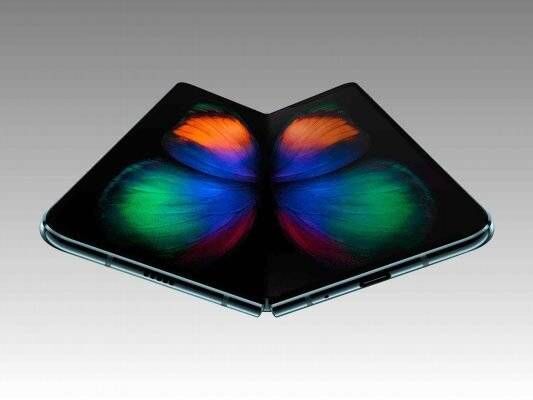 A year has passed since Samsung unveiled the Galaxy Fold – the company’s first foldable smartphone. The device first came out with some design and construction problems that forced the company to postpone the launch for several months later.

However, it is now fully established on the market, and we can say that Samsung has learned a lot from it.

The Galaxy Fold is a premium smartphone for a specific niche of users. Those who can pay more than 2000 € for a smartphone that doesn’t look like one.

Despite this premium category, Fold users are suffering from a specific problem, the absence of an Android 10 update.

Yes, the company has released the update for all of its Flagships and is now ensuring that all mid-range users receive the same treatment. When it comes to the Premium folding device, it’s still running Android 9 Pie.

Today, however, we have good news for the owners of this foldable smartphone. Samsung is finally launching the Android 10 update that brings One UI 2.1. Initially, the update will reach 4G variants available in France.

However, it is a good sign that all versions of the folding device will receive it soon. 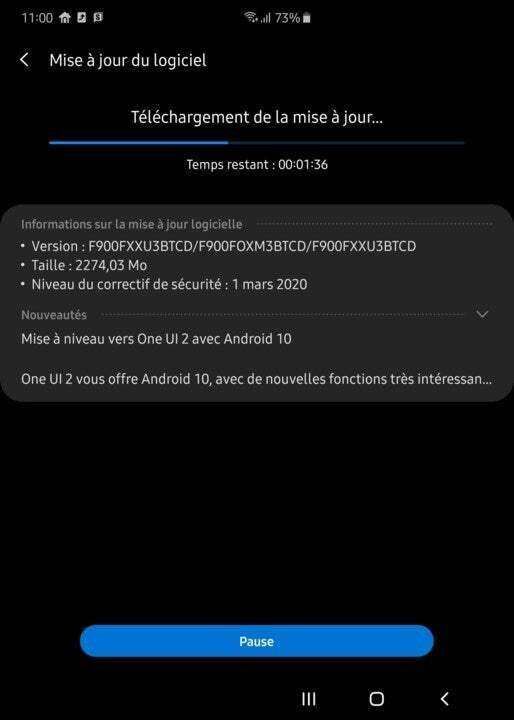 The One UI 2.1 update based on Android 10 is coming soon to Galaxy Fold 4G units in France

The firmware in question is numbered F900FXXU3BTCD and, as we said before, is for the 4G Fold in France. In addition to all the benefits of One UI, the update also includes the March 2020 security patch, the latest available.

Despite the late release, it is good to see that Samsung jumped to One UI 2.0 last year in favor of the latest version of its customized Android skin.

A good part of the owners is disappointed with the treatment given by Samsung. The owners of this super expensive device expected a higher priority on support.

Now, we can only hope that the launch of Android 10 will take place as planned and reach all variants in a short time. This includes the 5G version.