Galaxy A42 may be Samsung’s cheapest 5G phone 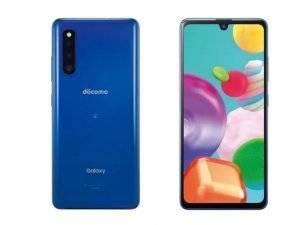 The first phone with 5G connectivity put on the market by Samsung was the Galaxy S10 5G which was then followed by the 5G models in the Galaxy Note 10 and Galaxy 20 lines Galaxy A51 and Galaxy A71 they are the first Samsung Series A phones to arrive with 5G functionality.

L’A51 5G is currently the cheapest 5G phone from the South Korean brand and other A-series devices will come with 5G support in the future. A new report on Sammobile states, in fact, that the Galaxy A42 5G coming in 2021 may be Samsung’s cheapest 5G phone.

Samsung has started developing what appears to be one 5G-enabled smartphone as part of its Galaxy A 2021 series. The device in question has the model number SM-A426B and, knowing about the current Samsung system to put model numbers on phones, the SM-A426B should be the international variant of the Galaxy A42 5G.

Interestingly, we can’t find any evidence of a Galaxy A42 LTE only, which makes us think that Samsung could bring mid-range 5G phones to a wider audience next year.

Of course, even if for now there is no trace, a will also be released Galaxy A42, not 5G. From what we hear, this device will present 128 GB of internal memory which would be notable for a laptop in this category, as the Galaxy A41 has 64 GB of memory. It will be available in gray, white, and black.

Only 5G phones are compatible with 4G LTE networks, therefore they can be used in markets where 5G networks do not exist.

However, Samsung has maintained a division so far by launching only 5G and LTE variants. It did this for the entire Galaxy S20 range, as well as for the Galaxy A51 and Galaxy A71. As for the 2021 series of the Galaxy A and in particular the Galaxy A42 5G, we have no other specific information about it. One thing is certain, however, Samsung’s leader in the 5G smartphone sector will continue to work to maintain its supremacy.

How To Read Whatsapp Messages Without Entering The App