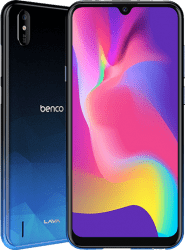 In this particular post, I will show you how to bypass the Lava V7 FRP Security lock without flashing the Stock Firmware or box. This will also help you to remove google account from Lava V7.

If you perform a Factory Data Reset on Lava V7, all settings come back to the factory default settings.

Almost all files are removed, such as documents and downloaded applications. For those who have a Google Account set up on Lava, V7 FRP is active.

For those who have many different Google Accounts set up on the Lava V7, can sign in using any of the accounts.

The Benefit Of Frp Remove File:

Before going to install “ Lava V7 Frp File” you need to take all your messages, photos, and apps from your current smartphone. This requires a backup that you then restore on your device after flashing firmware.

A.  Download and install Lava V7 USB Drivers. The basic communication between your device and PC.

These drivers are mainly for the devices powered by SPD chipset. With these drivers, you can transfer files, flash the firmware files on the device, etc.

B. We use the SPD Upgrade Tool I believe this tool is very efficient. Follow the step by step procedure to use One Click Frp Tool and remove google account from your Lava V7.

Instructions to Bypass FRP On Lava V7 With Frp File:

1: Download and Install Spreadtrum Drivers from the above-given link.

6: In the window that pops up, navigate to the location of the Lava V7 Frp File, select it then click Open.

7: The Lava V7 Frp bypass file should now be loaded (its name should appear at the top).

9: In the box that pops up, untick any item(s) you do not wish to flash then click OK.

11: You should see Waiting under the Progress bar.

12: Switch off the Lava V7 phone (still with battery inside) then connect it to the PC

(note that you might need to hold the volume decrease button while connecting to PC on some phones) and flashing should begin. DO NOT interrupt.

13: Once the FRP bypass is complete, you’ll see Passed.

14: Click on the Stop downloading icon then disconnect the phone from PC and boot.

Done! Now you just have to do a factory reset through the recovery of your Lava V7. You will no longer be asked to enter a Google account to unlock your smartphone and you will have completely removed the Lava V7 FRP block.