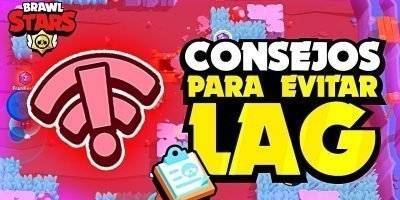 Tired of lagging on Brawl Stars? Quiet, because today we are going to tell you everything that produces lag and what you must do to avoid it. In addition, you will discover how the Supercell servers work and understand that, sometimes, you are not the one with the problem. So stay with us because we explain in detail the solution to lag in Brawl Stars.

If you have noticed that during the quarantine the lag has increased, this has its explanation. The large increase in people playing at the same time has caused problems on the servers. However, Supercell is already aware of these problems and made it known on the official Twitter of Brawl Stars.

We are aware of the crashes when trying to play the Brawl Stars or opening the App after that.

We are currently investigating and working on a solution as fast as possible.

Sorry for the bad experience!

How to fix the lag problem in Brawl Stars?

Brawl Stars, like much of online video games, has servers where players are housed depending on the region to which they belong.

However, the fact that you are from one server does not prevent you from playing with a person who belongs to another. In other words, you are in Spain and you belong to the European server but you play against, or with, a person from the Chinese server.

Keep this in mind because this is where one of the most common errors in the game occurs and that, as you read previously, originated at the beginning of the quarantine by the Covid-19. It is possible that, even if you have a good connection, you are lagged if you are playing with a person who belongs to a different server than yours.

Now, if you are playing with a group of friends and you have lag problems, it may be your connection. So we will tell you several things to keep in mind when playing Brawl Stars.

This is the best option if you are in a place with poor coverage or signal. Wi-Fi is usually synonymous with stability in the connection, and it is almost always like this, but be careful if you are downloading or browsing the Internet from your home PC or other phones because the connection could have dropped.

So the recommendation is to try to play Brawl Stars having a free Wi-Fi connection that guarantees stability while you play.

In addition, you should also be aware of the signal from the router, since if you are far from it, the walls between the router and your mobile will interfere with your game. So the ideal would be to play as close to the router.

If you are playing Brawl Stars using mobile data

Believe it or not, playing Brawl Stars using mobile data is often more stable than playing while connected to your home Wi-Fi. Why? Normally this is because home WiFi is used by more people and your 4G connection only belongs to you (especially if you don’t have a fast WiFi connection but you do have good coverage).

But best of all, it doesn’t consume as much data as it may seem. Actually, about 45 minutes of game time is usually around 18 MB of consumption, something that seems extremely low compared to other apps like YouTube or Instagram.

Needless to say, you must have the Brawl Stars app updated, this way you will be playing the best-optimized version of the game. This will avoid other possible errors in the game that may cause you to lag. Remember that Supercell usually makes small updates to correct errors in the game.

If you follow these tips you can avoid lag in Brawl Stars and have better, and more stable, games. In this way, you will win more battles and have a greater number of cups. Supercell recently implemented a new battle pass for Brawl Stars with incredible rewards and various gameplay changes, click here and check out all the new in this amazing game